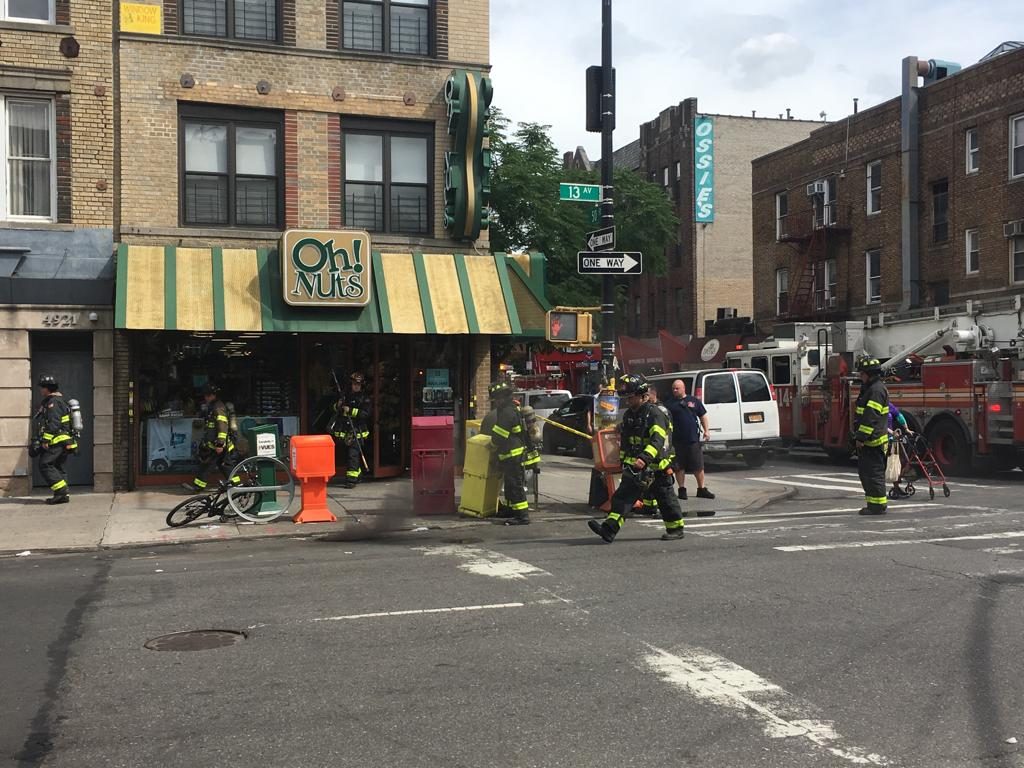 A manhole cover exploded and erupted in flames, disrupting traffic and knocking out the electric power for several surrounding blocks during the afternoon.

FDNY firefighters responded and closed off vehicular traffic on 13th Avenue and 50th Street, which caused extensive disruption of the flow of cars throughout the nearby streets in the middle of the busy afternoon hours.

The explosion and resulting fire interrupted the electric and phone service in the area, causing many stores in the neighborhood to be unable to process transactions via phone lines. Many homes in the vicinity lost power as well, resulting in a lack of air conditioning on a sweltering summer day.

During the heat of the summer, it is common for gas that is trapped underground to push upwards and cause explosions and fires.