A Matter of Response 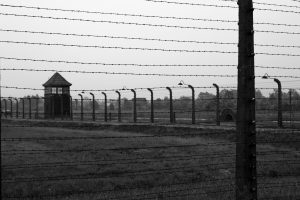 The two elderly men sitting in the waiting room of a doctor’s office began reminiscing about their wartime experiences. They both had spent time in the same concentration camp, which they referred to simply as der lager.

At one point, one of the two remarked to the other, with considerable admiration in his voice, “I remember how you were the only one who never ate the food we knew for certain was treif.”

The other survivor, realizing that their conversation was being overheard, tensed.

“I was physically stronger than the others. I was able to do it,” he insisted, before quickly changing the subject.

Clearly, the survivor was afraid that the praise he was receiving was at the expense of other survivors, and he felt an obligation to set the record straight that for the other inmates it was a matter of pikuach nefesh, and they were obligated to eat whatever was being served.

A few seats away from the elderly survivors sat a young man, who listened in awe, and shared the anecdote with Hamodia, along with the following story:

A few years ago, an elderly woman, who felt that her end was near, revealed to her son a painful memory she had kept suppressed for close to seven decades.

“When I was in the concentration camp,” she related, “the rations we got were so small that we were always starving. Yet one of the girls in the barracks would put away each day a part of our bread ration and save it to eat it on Shabbos. I knew where she hid the bread, and one day, I could not resist, and ate it up. When Shabbos arrived, this girl discovered that her incredible self-restraint was for nothing.

“I know that this girl survived the war, but I don’t know where she is today. Please,” the mother begged, “find her and ask her to forgive me so I can die in peace.”

Shocked by the story, her anxious son immediately started to make inquiries, hoping desperately that the other survivor was still alive and could be located. With much siyatta diShmaya, he tracked down the name and contact information of a child of hers.

“My mother is still alive,” the man on the other end of the phone said when he called him, “though she is very weak and she is bedridden.”

Hours later, he was at his mother’s bedside, and slowly reminded her of that incident of so many years ago.

The elderly woman became very agitated. “How do you know this story?” she demanded to know. “I knew then already who stole it, but never breathed a word about it all these years. I forgave her back then already!”

Congresswoman Alexandria Ocasio-Cortez’s comments that the Trump administration is running “concentration camps” at the U.S.–Mexico border is outrageous and offensive to the memory of the victims of the Holocaust. But simply condemning her remarks would be missing the point. The most appropriate response to Ocasio-Cortez and her ilk is to redouble our efforts to make sure that what really happened in those camps is not forgotten. Let us do all we can to ensure that the generations to come will know about both the indescribable evil and the spiritual heroism that took place at these most horrific sites.