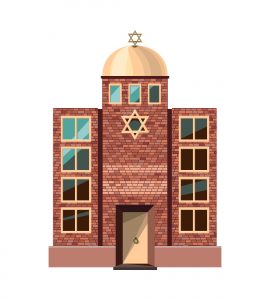 A Senate committee has passed a bill raising funding levels for security for faith-based and nonprofit organizations.

For the past two years, amid rising levels of anti-Semitic incidents, Congress has authorized $60 million, up from $25 million for 2017. The Senate bill, introduced by Sens. Rob Portman (R-Ohio) and Gary Peters (D-Mich.), raises the funding 25 percent.

The funding increases comes in the wake of a rise in anti-Semitic attacks across the country, most notably deadly shooting incidents on Jewish congregations in Pittsburgh, in October, and in Poway, California, in April. Houses of worship worldwide have also come under attack, as scores of people were killed in attacks on mosques in New Zealand in March and churches in Sri Lanka in April.

The House Appropriations Committee last week passed a bill raising the Nonprofit Security Grant Program funding level to $90 million. The Orthodox Union, which has for years lobbied for increased security funding for synagogues and other faith-based and nonprofit institutions, said it welcomes passage of the $75-million legislation but will continue to press to have the funding raised to $90 million.

“Everyone, regardless of their religion, should be able to live without fear of attacks, especially in spaces that serve as our safe havens,” said Nathan Diament, executive director of the OU Advocacy Center.