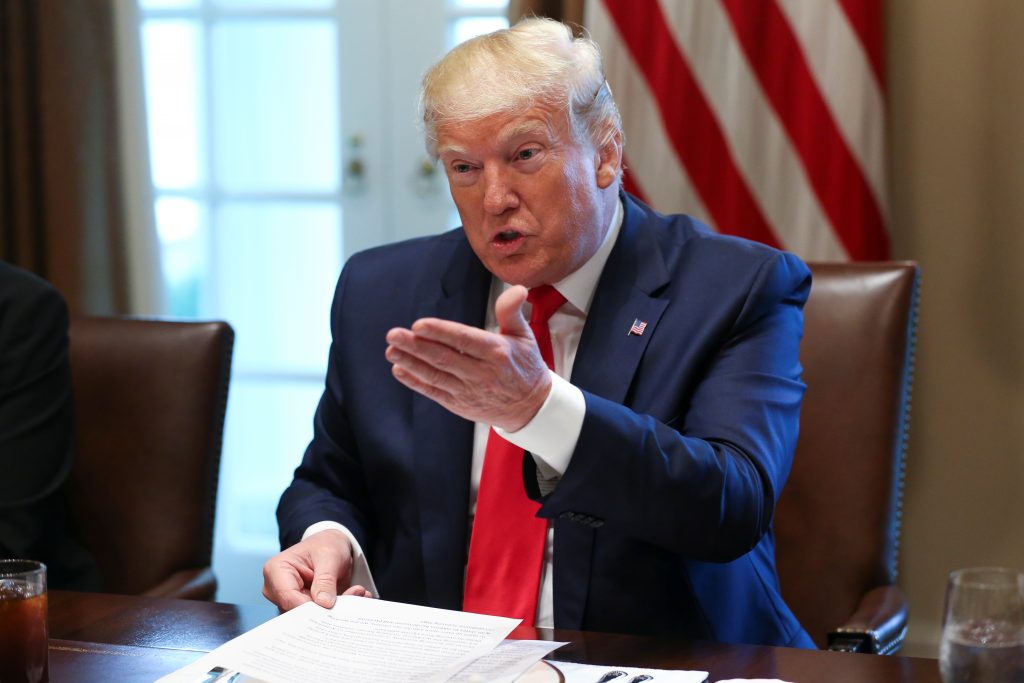 President Donald Trump said the wrong thing again Wednesday, and of course some in the media – and practically all the Democratic presidential candidates – are spun up about it. Specifically, he told ABC’s George Stephanopoulos that he might listen to a foreign government offering opposition research on his political opponents at home and not tell the FBI. His exact words when asked whether his campaign would accept damaging information on his opponents from foreign governments – such as China or Russia – or hand it over to the FBI were, “I think maybe you do both. I think you might want to listen, there isn’t anything wrong with listening.” That was the wrong thing to say. No campaign should accept compromising information from a foreign government.

That said, the media’s tunnel vision and failure to pursue the natural line of questioning about foreign influence in the 2016 campaign are surreal. Think for a moment if Hillary Clinton had to answer a similar question truthfully. If she were honest, she would have to answer something like, “Why, yes, my campaign would, through the general counsel’s law firm, employ a foreign national to contact sources in the Russian government and try to develop opposition research to use against my opponent, and then take it to the FBI and the media in order to disrupt my opponent’s campaign.” Is there something about this I am missing?

Doesn’t the pearl-clutching over Trump saying that he might listen to whatever another government wants to share with him mean that those same pearl-clutchers should also be taking what Clinton’s campaign actually did very seriously? And yet, they are not. Instead, the Democrats and their allies in the media are savagely attacking Attorney General William Barr because he has rightly pledged to get to the bottom of how opposition research obtained and produced by foreigners for the sole purpose of disrupting one of the two viable presidential campaigns made its way into our system.

This is not just a case of two competing parties swapping blows. Nor is it just a case of “you investigate me, I’ll investigate you.” We need to know what happened within the Democratic campaign when it came to using foreign resources to concoct a story that then was used to trigger the power of government institutions for the purpose of damaging their political opponent. It is not enough just to conclude that Trump’s campaign did not collude with a foreign power. Just because Clinton did not win in 2016 does not mean we should not know the extent of what was done by her campaign and whether individuals in the Obama administration may have tried to help impact the election.

It is easy to complain of Russiagate fatigue; after all, we have been watching this saga unfold for nearly three years. But it is important to remember that the rest of the world has been watching, too – and not just Russia, but China and Iran and others. If our strategic adversaries see America open the Pandora’s box of a question like this and then never fully answer it, our weaknesses will be exposed, and they will be exploited again, and again. Learning the truth is not just a partisan excursion. The events of the last several months of the 2016 campaign still impact our politics today. The best chance there is of discouraging future actors from engaging in similar activity will be a thorough, transparent investigation and accounting of any wrongs that were committed and whatever harm was actually done.