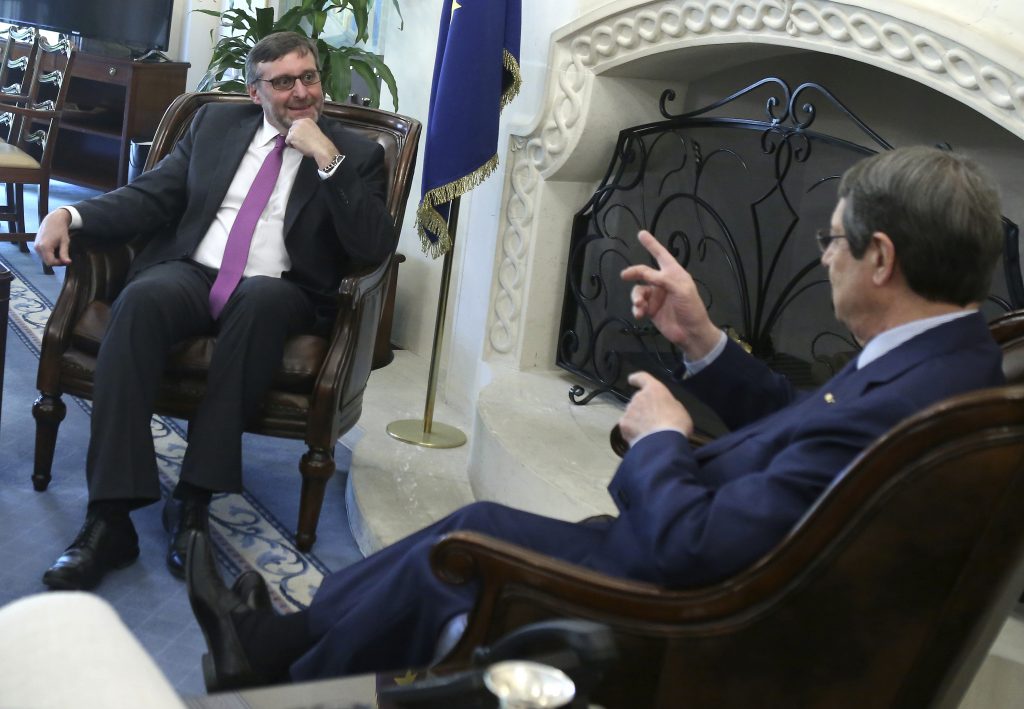 Cyprus’s government spokesman said that a partnership between Greece, Cyprus and Israel in which the U.S. is participating is seen by Washington as contributing to security and stability in the eastern Mediterranean.

The three countries have forged an energy-based partnership that has steadily grown following the discovery of gas deposits in the eastern Mediterranean.

Prodromou was speaking Thursday after talks between the Cypriot president and U.S. Deputy Assistant Secretary of State Matthew Palmer.

Cyprus condemns the presence of a Turkish drill ship in its exclusive economic zone as a violation of its sovereignty. Turkey, which doesn’t recognize Cyprus as a state, says the drill ship is inside its own continental shelf.