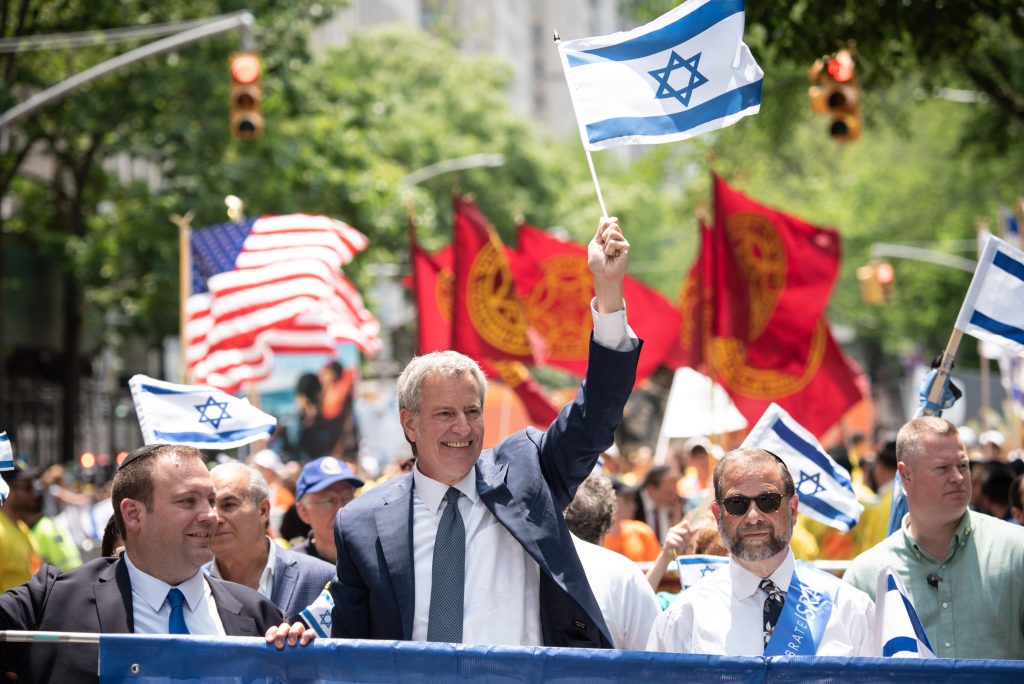 Onlookers waving the blue and white flag of Israel watched Sunday as Jewish cultural and civic organizations made their way up Fifth Avenue in New York City for the annual Celebrate Israel parade.

Elected officials including New York Gov. Andrew Cuomo and New York City Mayor Bill de Blasio were also among the marchers and bands that came out under sunny skies for the event.

Some Israeli officials, including the country’s ambassador to the United Nations, were also on the list of participants.

The parade, formerly known as the Salute to Israel parade, honors that nation’s founding and what Israel has accomplished in the past seven decades. The theme for 2019, its 55th anniversary, was “Only in Israel.”

The thousands of marchers making their way up the parade route included young people from schools around the region as well as a range of musical performers. Community groups also took part.

The grand marshall was Edward Merlmelstein, president of ZAKA Search and Rescue USA, which is a part of ZAKA, an Israeli rescue and recovery organization.