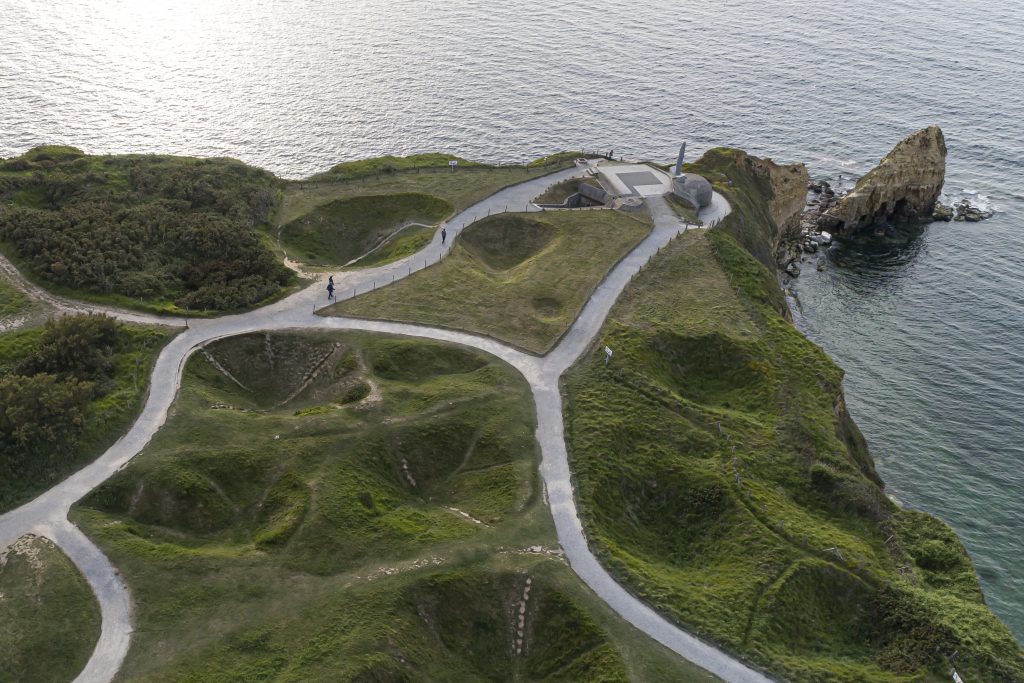 Seventy-five years ago, American paratrooper John Steele dangled from a clock tower in Sainte-Mere-Eglise after his parachute got caught during the D-Day invasion, and survived.

Gunfire and shots have long ceased in the little town close to Utah Beach that is home to the Airborne Museum, but a mannequin and parachute still hang from the belfry to honor Steele and the Allied soldiers who died in the D-Day landings.

Using a drone, The Associated Press has produced a series of stunning aerial pictures and videos revisiting landmark D-Day sites, including Sainte-Mere-Eglise, the first town liberated by U.S. forces in Normandy.

In the nearby cemetery of Colleville-sur-Mer, where 9,387 fallen U.S. fighters are buried, rows of white crosses and Stars of David are a strong reminder of the sacrifices made by some 156,000 Allied soldiers – mostly American, British and Canadian – who took part in the invasion, storming in from the English Channel and opening a Western front against the Nazis.

At the Pointe du Hoc, where Allied forces had to scale cliffs to silence Nazis guns, the limestone and clay cliffs have eroded since D-Day. But remains of the fortifications that were part of Germany’s Atlantic Wall defensive system are still there, a powerful vestige of WWII.

And, in a stark contrast to the fury that engulfed Omaha Beach on June 6, 1944, today a grassy knoll blends gently into the wide beach, small waves lapping at the shore.