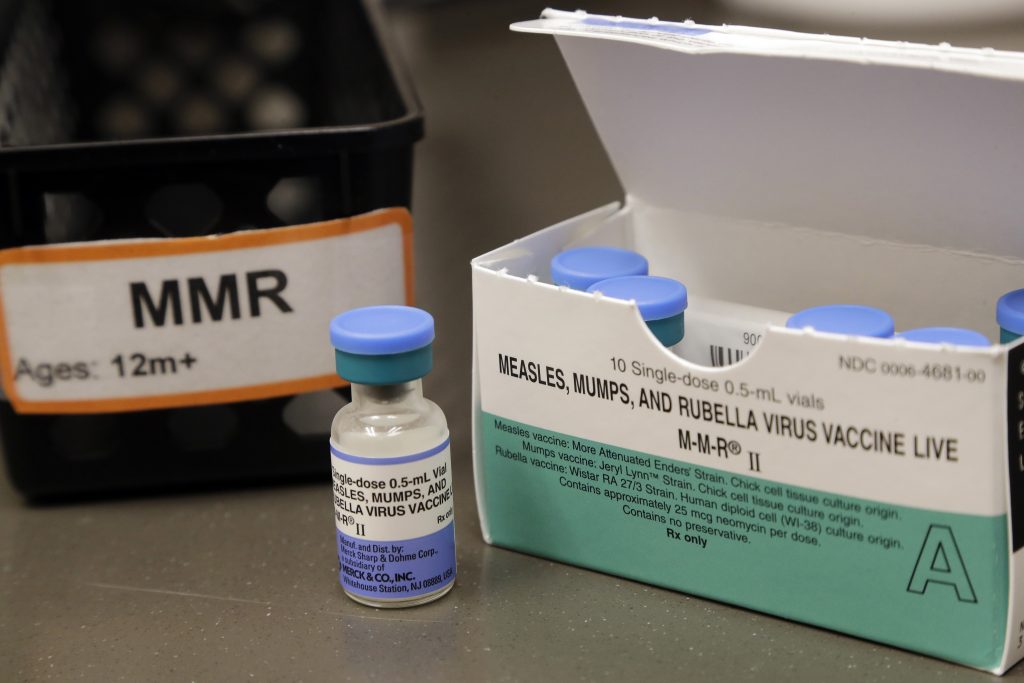 U.S. health officials on Thursday reported 971 measles cases so far this year, the highest tally in 27 years, and experts say it’s not clear when the wave of illnesses will stop.

Measles, once common in the U.S., became rare after vaccination campaigns that started in the 1960s. A decade ago, there were fewer than 100 cases a year.

The new numbers from the Centers for Disease control and Prevention pushed the U.S. tally higher than the 963 illnesses reported for all of 1994. The nation last saw this many cases in 1992, when more than 2,200 were reported.

“What’s causing these outbreaks is lack of vaccination,” said Dr. Mark Roberts, chair of health policy and management at the University of Pittsburgh Graduate School of Public Health.

Illnesses have been reported in 26 states, but the vast majority are in New York City.

The city’s outbreak, which began last October, is already the largest local measles outbreak in the U.S. in nearly 30 years. It started when some unvaccinated children visited Israel, where a measles outbreak is occurring, and came back to New York.

More than 500 cases have been diagnosed in two Brooklyn neighborhoods — Williamsburg and Borough Park — and mainly among unvaccinated children in Orthodox Jewish communities. Forty-two have been hospitalized, including 12 treated in intensive care units.

More than 25,000 doses of vaccine have been given to children and teenagers in those two neighborhoods since October.

Some have been motivated by a city order issued in April that all children and adults who live in four Brooklyn ZIP codes be vaccinated or face fines up to $1,000. City officials say 123 people have received summonses for not complying with the order.

The city health department has put 400 people to work on the outbreak, and forged new relationships with community organizations to make a better case for vaccinations.

The officials believe it’s all paying off. New measles diagnoses dropped from 173 last month to 60 this month.

“I’m confident that the work that we have put in place … put us on the right trajectory to bring this outbreak to an end soon,” said Dr. Oxiris Barbot, New York City’s health commissioner.

Some health experts see the current outbreak as a sign that other vaccine-preventable illnesses could worsen.

“Measles is incredibly contagious,” CDC Director Dr. Robert Redfield said in a statement. “We need to act together now to stop this outbreak before there are even more serious consequences.”

In most people, measles causes fever, runny nose, cough and a rash all over the body. However, a very small fraction of those infected can suffer complications such as pneumonia and a dangerous swelling of the brain. According to the CDC, for every 1,000 children who get measles, one or two will die from it. No deaths have been reported this year.

The CDC recommends a combination measles-mumps-rubella vaccine for everyone over a year old, except for people who had the disease as children. Those who have had measles are immune.

The worst year for measles in modern U.S. history was 1958, with more than 763,000 reported cases and 552 deaths. The numbers fell dramatically after a vaccine became available in the 1960s and by the 1983 the annual case count dipped below 1,500.

But the illness rebounded at the end of the 1980s, with many cases among young unvaccinated black and Hispanic children living in inner-city areas.

During the resurgence, public health officials began recommending children get two vaccine doses, instead of one. Cases began to drop, and they plummeted after the 1993 creation of a federal program providing vaccines to children whose parents or guardians can’t afford them.

Will this year’s measles cases reach the levels seen in the early 1990s? There are several reasons the answer may be no.

Also, measles cases historically peak in the spring for some unknown reason, and summer is almost here. Maybe that pattern will hold this year, too, said Dr. Peter Hotez, an infectious diseases expert at the Baylor College of Medicine.

But experts have been surprised by the current epidemic, and say some recent developments make it hard to predict.

Some point to a social media-driven anti-vaccine movement that has been a major factor in the Brooklyn outbreak.

Also, the chance of measles coming in from other countries keeps rising. The World Health Organization has said 82,500 measles cases were reported last year, over three times more than the previous year.

The CDC’s Dr. Tom Clark said that even if the New York City outbreak continues, this year’s case count should stop short of the 1992 mark.

“How this all shakes out over the next few months, we don’t know,” he said.