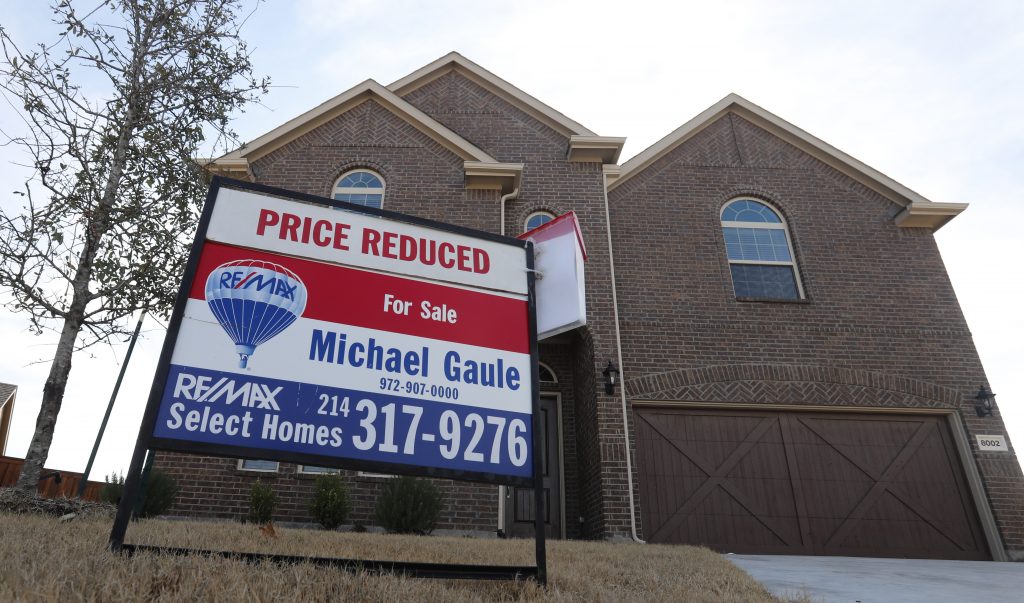 U.S. long-term mortgage rates fell for the fifth consecutive week, tipping the key 30-year loan average below 4% for the first time in nearly a year and a half.

The declining rates have been a boon to potential purchasers in the spring home buying season. Mortgage buyer Freddie Mac said Thursday that the average rate on the 30-year, fixed-rate mortgage fell to 3.99% from 4.06% last week. It was the first time it ran below 4% since January 2018. By contrast, a year ago the benchmark rate stood at 4.56%.

The escalating trade war between the U.S. and China continued to pound stock prices this week in a continued volatile market. The U.S. stock market was on track Thursday afternoon for its fourth straight weekly loss and its first monthly decline of the year.

Nervous investors continue to shift money from volatile stocks to the bond market, pushing up bond prices and depressing their yields. The yield on the 10-year Treasury note, which influences mortgage rates, was 2.26% late Wednesday, its lowest level in nearly two years. It fell further to 2.24% at midday Thursday.

The average rate for five-year adjustable-rate mortgages fell to 3.60% from 3.68% last week. The fee remained at 0.4 point.