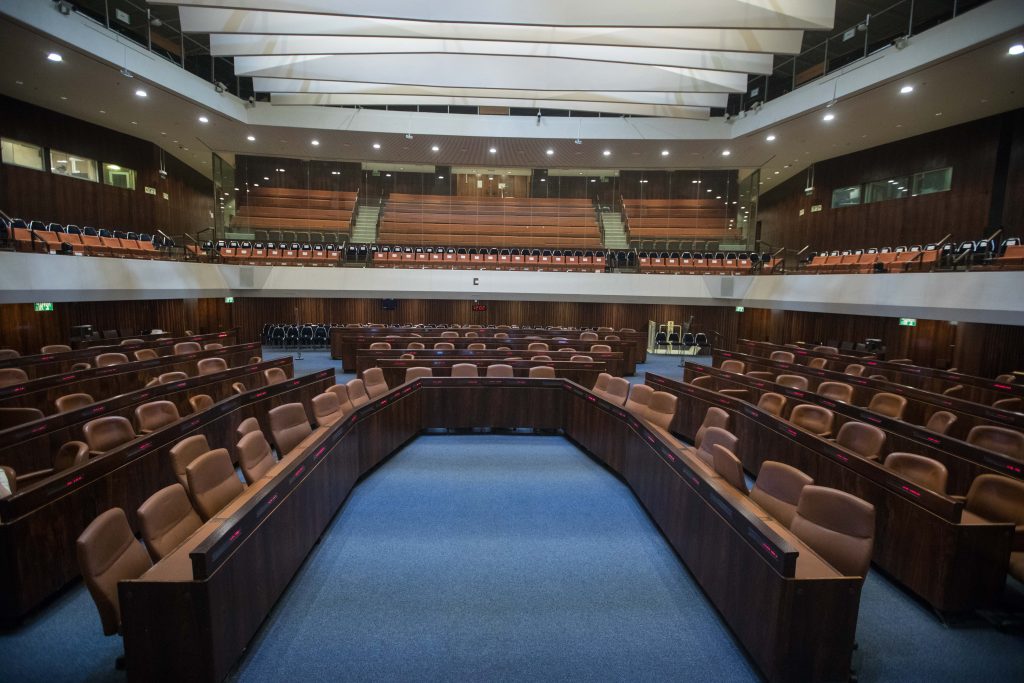 While the Israeli elections are behind us, the process of forming a government will likely drag on for the full 28 days the law gives Prime Minister Binyamin Netanyahu to get the job done and may even require the two-week extension he can ask for if he fails to produce a coalition by then.

Though Mr. Netanyahu won decisively, and 65 Knesset members recommended to President Reuven Rivlin that he be given the chance to form the next government, it won’t be easy meeting the demands of all the partners.

Each party will seek to translate its electoral gains into maximum political influence as expressed in ministerial portfolios, budgets and legislation that meets the needs of its constituency, which often clashes with the demands and interests of other coalition partners.

Kulanu, with its four seats, is demanding, and is all but certain to receive, the Finance portfolio for its leader, outgoing Finance Minister Moshe Kachlon. Avigdor Liberman, with his five seats, is seen getting Defense. The Union of Right-Wing Parties, with its five Knesset seats, is demanding Education and Justice, two very influential portfolios.

All this is infuriating the Likud, which worries that nothing of importance will be left for it, even though it won 35 seats.

There are a lot of big egos in the Likud that need massaging — including newcomer Nir Barkat, the former mayor of Yerushalayim, Gideon Saar, who returned to the Likud after an absence to score very high in the party primaries, and MK David Bitton, who has been faithful to Mr. Netanyahu and feels entitled to a promotion to minister and won’t be content with lightweight portfolios like social welfare.

The most serious hurdle to forming a coalition is not egos, but principles. The chareidi parties, Shas and United Torah Judaism, will demand legislation that preserves the religious status quo and ensures the right of every full-time yeshivah student to continue his Torah studies unimpeded. Liberman has insisted that he’ll refuse to compromise on an IDF proposal that undermines that fundamental right.

Even though the chareidi parties have 16 seats between them, eight each for United Torah Judaism and Shas, Liberman can make or break the government, which needs his five seats to cross the 61-MK mark.

The finger of blame for this situation can be pointed at the divisiveness in the political right. Hundreds of thousands of votes were wasted on The New Right, the breakaway party founded by Naftali Bennett and Ayelet Shaked, and on Moshe Feiglin’s Zehut party (to his credit Eli Yishai showed responsibility and withdrew from the race, throwing his support to United Torah Judaism).

Nonetheless, the assumption is that Mr. Netanyahu, a super-skilled political operator, will ultimately find the way to convince Liberman to back down, enabling him to present his fifth government to the president.

In the meantime, while the parties go through the motions of making impossible demands and then compromising, the analysts are trying to understand what the election results say about the Israeli public and the direction it is taking.

One pundit, Motti Karpel, argues in Makor Rishon that the elections weren’t a victory of right over left, or the realists over the so-called peace camp. Rather, it was a resounding victory for Judaism over Israelism.

In 1996, when Shimon Peres narrowly lost the premiership to Binyamin Netanyahu, he famously stated that “the Israelis lost; the Jews won.’’

Karpel notes that the Oslo accords weren’t so much about bringing peace as they were about curtailing the power of the “Jews” who were for the first time given a voice in government with Menachem Begin’s victory in 1977. The accords were aimed at “eliminating the power of the ‘Jews’ that was on the rise in Israeli society, and especially the settlers and the Jewish-faithful ethos they expressed, in order to maintain the hegemony of the Israeli left and of ‘Israelism’ that was in danger.”

He quotes Ron Pundak, one of the architects of Oslo, admitting that: “I want peace in order that there should be ‘Israelism.’ The peace is not a goal in and of itself, but a means to bring Israel from one era to another, to an era that I regard as a normal state. Israelization of society instead of Judaism.”

The elections were a rejection of Israelism, which explains the extreme reaction of the liberal American Jewish left, which is decrying the end of Israeli democracy. Its concern has nothing to do with democracy but with what Richard Spencer calls the Jewish ethno-state.

The clear trend, with the staunchest representatives of Israelism netting just 10 seats (six for Labor and four for Meretz), also explains the frantic activity of the New Israel Fund and the Reform movement in the light of the right’s confidence to finally rule and take away the elitist court’s power to overrule the majority.

The road to forming a government will likely be rocky. But the big picture is bright and upbeat. The vast majority of the Jewish public in Israel is voting for Judaism over Israelism and the demographics show that this majority will continue to grow, b’ezras Hashem.