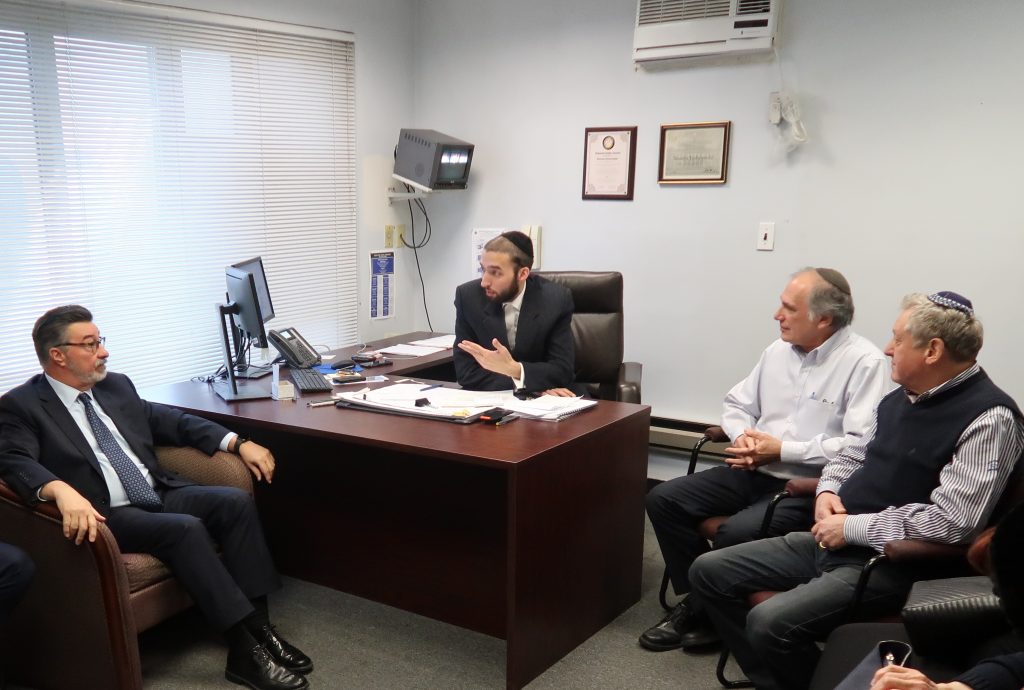 Many Boro Park parents are breathing a sigh of relief after several pediatric practices have reached tentative agreements to remain with UnitedHealthcare Community Plan.

Early this year, a number of popular Boro Park pediatricians announced that, starting in May, they would no longer accept United’s Community plan, one of the largest Medicaid providers in the state, due to United’s drastically cutting their per-visit payments. One Boro Park pediatrician told Hamodia that the company had cut his payment by 40 percent.

Several sources familiar with the insurance business, who spoke on condition of anonymity, told Hamodia that United was cutting rates in neighborhoods with large families because the company was losing money off the plans there.

Parents in the neighborhood, many of whom are low-income and have large families, were devastated by the news. While they had the option of switching to a different Medicaid plan — such as Fidelis, Blue Cross or Health First — many found that difficult, as they relied on, for example, United’s exceptional dental coverage. Children with braces, specifically, need United for orthodontic coverage.

Many desperate parents reached out to freshman State Assemblyman Simcha Eichenstein, who had just been sworn into office weeks before, seeking help in the matter. In February, Eichenstein convened a meeting in his office with Pat Celli, CEO of UnitedHealthcare Community Plan, and other United staffers, along with pediatricians, and continued to work with the doctors and the company over the following months.

On Tuesday, Eichenstein told Hamodia that United has reached at least tentative deals with Drs. Olitsa Roth, David Diamond, and Max Bulmash, to remain on the Community plan.

“There is nothing more gratifying than bringing parties together for the common good,” said Eichenstein. “Our children’s health care is a top priority, and now families can choose wisely when deciding upon a health-care plan that suits their needs.”

Herman Roth, who works in the office of Dr. Olitsa Roth, told Hamodia that his office had initially announced it would stop taking United’s Community plan on May 1, after the company’s payment to the office was cut by more than 50 percent, to $37. Mr. Roth said that while a final agreement has not yet been reached with United, the company has agreed to negotiate, and his office will meet with the company next week. In the meantime, the office will continue taking United Community patients.

At least one popular Boro Park pediatrician has still not reached a deal with the company.

Dr. Robert Adler told Hamodia that “it was United’s decision that they don’t want to pay for the care we provide.”

“United has said they are not interested in negotiating with my office at this time,” said Adler. “It’s unfortunate for our patients, many of whom are stuck with United for different issues, such as braces.”

Adler estimates that 30 percent of his patients remained with United’s Community plan, though some still visit his office despite his no longer accepting their insurance.

“The silver lining for the patients who are here,” said Adler, “is that now they have plenty of time with the doctor, and they have much more flexibility with their appointment times. So that makes our current patients very happy.”

In an email to Hamodia, a UnitedHealthcare spokesperson said: “As part of our work to advance the transition to value-based care, we are making changes to the network of care providers that serve our Community Plan members in the Borough Park neighborhood of Brooklyn. We’re committed to providing our members with access to quality health care through a broad network of physicians at affordable rates and continue to have relationships with many providers in the Borough Park area, ensuring the families we serve have uninterrupted access to the care they need.”

The company said it has presented a number of options to many providers to encourage their continued participation in its network, such as adding performance-based elements to their contracts that would enable physicians to earn substantial payment rates if they meet quality metrics and deliver improved health outcomes for members. The company also said that it welcomes additional conversations with doctors who are interested in pursuing a value-based contract with it.