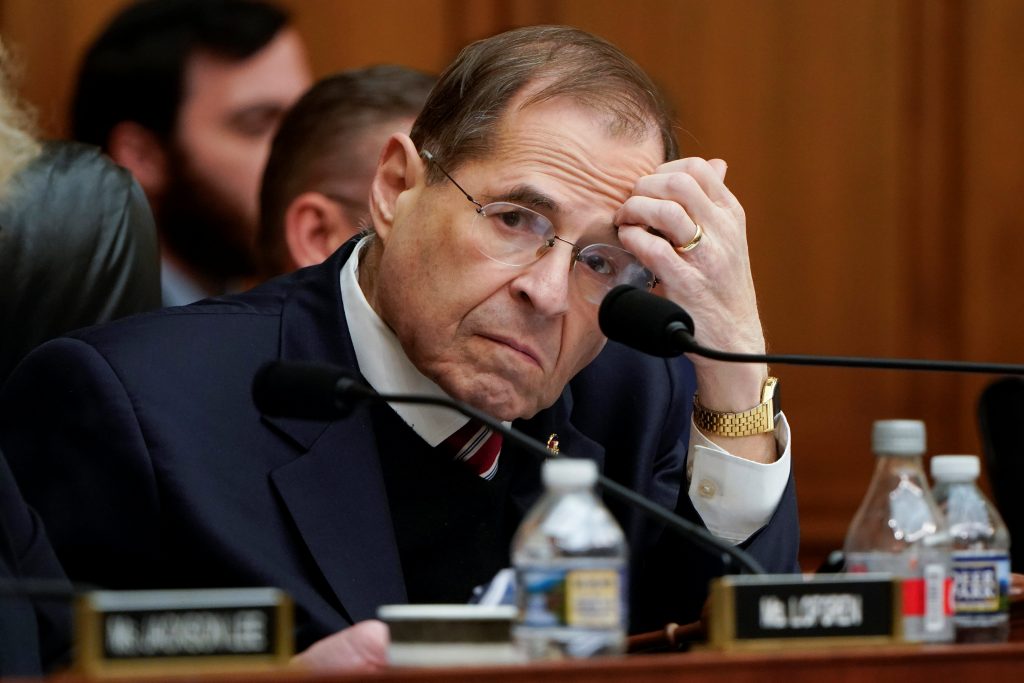 Top congressional Democrats left the door open on Sunday to the impeachment of U.S. President Donald Trump, but said they would first need to complete their own investigations into whether he obstructed justice in Special Counsel Robert Mueller’s Russia probe.

Party leaders have cautioned against impeachment just 18 months before the November 2020 presidential election, although prominent liberals have demanded the start of proceedings to remove Trump from office since the release of a redacted version of Mueller’s report on Thursday.

U.S. House Judiciary Committee Chairman Jerrold Nadler, whose panel would spearhead any impeachment proceedings, said Democrats would press ahead with investigations of Trump in Congress and “see where the facts lead us.”

“Obstruction of justice, if proven, would be impeachable,” Nadler said on NBC’s “Meet the Press.”

The redacted version of Mueller’s long-awaited report on Russian interference in the 2016 election, the product of a 22-month investigation, outlined multiple instances where Trump tried to thwart the probe. While it stopped short of concluding Trump had committed a crime, it did not exonerate him.

Mueller also noted that Congress has the power to address whether Trump violated the law, and Democrats said it would be a matter of discussion in the coming weeks.

“That’s going to be a very consequential decision and one I’m going to reserve judgment on until we have a chance to fully deliberate on it,” House Intelligence Committee Chairman Adam Schiff said on Fox News.

Democrats, who control the House of Representatives, planned a conference call for Monday afternoon to discuss their next steps in response to the Mueller report. House Speaker Nancy Pelosi wrote lawmakers last week to notify them of the call “to discuss this grave matter.”

Before drawing any conclusions, Nadler said Democrats want to hear from Mueller and Attorney General William Barr, who is scheduled to testify in early May. Nadler also said he would call former White House counsel Donald McGahn to testify.

Republicans have stood by Trump and an impeachment effort was unlikely to succeed in the Republican-led Senate.

Trump, who denounces the investigation as a witch hunt, claimed vindication from Mueller’s report. He has called for an investigation of how the FBI began the probe, and has tried to blame Democrats.

“How do you impeach a Republican President for a crime that was committed by the Democrats?” he wrote on Twitter.

U.S. Senator Elizabeth Warren became the first major contender for the Democratic 2020 presidential nomination to call for the start of impeachment proceedings, saying on Friday that “the severity of this misconduct” demanded it.

Democratic House Oversight Committee Chairman Elijah Cummings, however, said, “I’m not there yet.”

He told CBS’ “Face the Nation” that Congress needed to look at Trump’s finances and gauge Mueller’s intentions with his report. Even if Senate Republicans blocked any eventual Democratic impeachment effort, Cummings said, “I think history would smile upon us for standing up for the Constitution.”

Representative Tim Ryan, another Democratic presidential contender, said the party should wait until multiple ongoing investigations of Trump in Congress have had a chance to uncover more evidence.

“Let the process play itself out,” he said on CNN.

While Trump’s team had indicated it would release a rebuttal to Mueller’s report, Rudy Giuliani, said that was not imminent.

“We planned to do it if we needed to. So far, we don’t think we need to,” he said on Fox News.