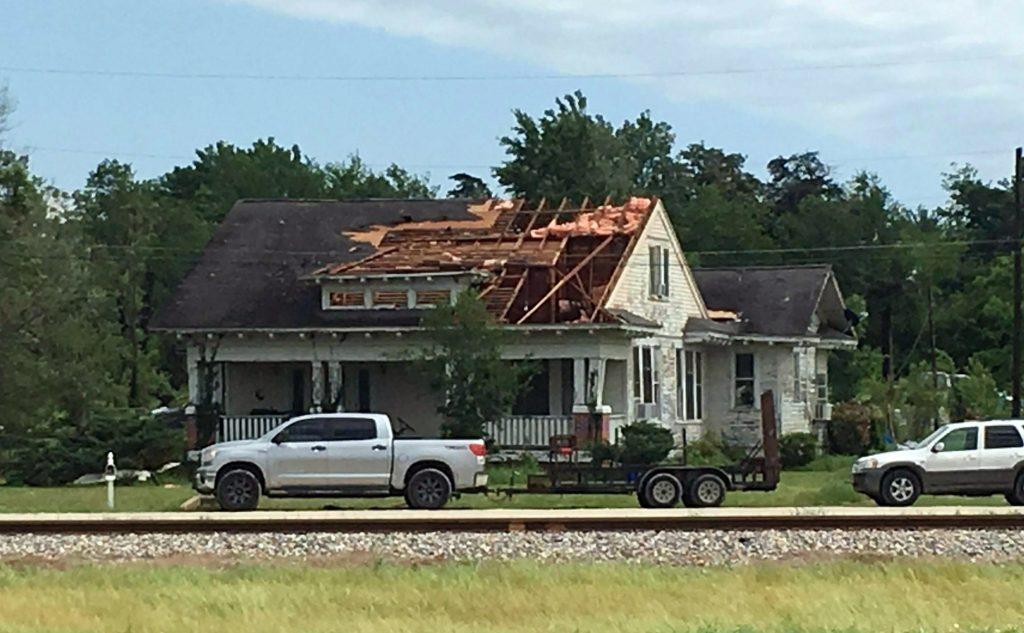 The Angelina County Sheriff’s Office said an 8-year-old and a 3-year-old died when strong winds toppled a tree onto the back of their family’s car in Lufkin while it was in motion. Capt. Alton Lenderman said the parents, who were in the front seats, were not injured.

Lufkin is about 115 miles northeast of Houston. Additional information was not immediately available.

Two people were hospitalized for injuries not thought to be life-threatening, while others were treated at the scene for minor injuries, Yezak said. Some people had to be extricated from their homes.

The storms are part of a large system moving through the southern United States, knocking out power to thousands and causing some flash flooding. The weather service said the system is expected to shift to the Ohio Valley and the Southeast on Sunday.

Meteorologist John Moore said a possible twister touched down Saturday in the Vicksburg, Mississippi, area. No injuries have been reported, but officials said several businesses and vehicles were damaged.

Winds of up to 60 mph were reported in Cherokee County, Texas, damaging two homes in Alto but not injuring anyone. Alto is situated about 140 miles north of Houston.