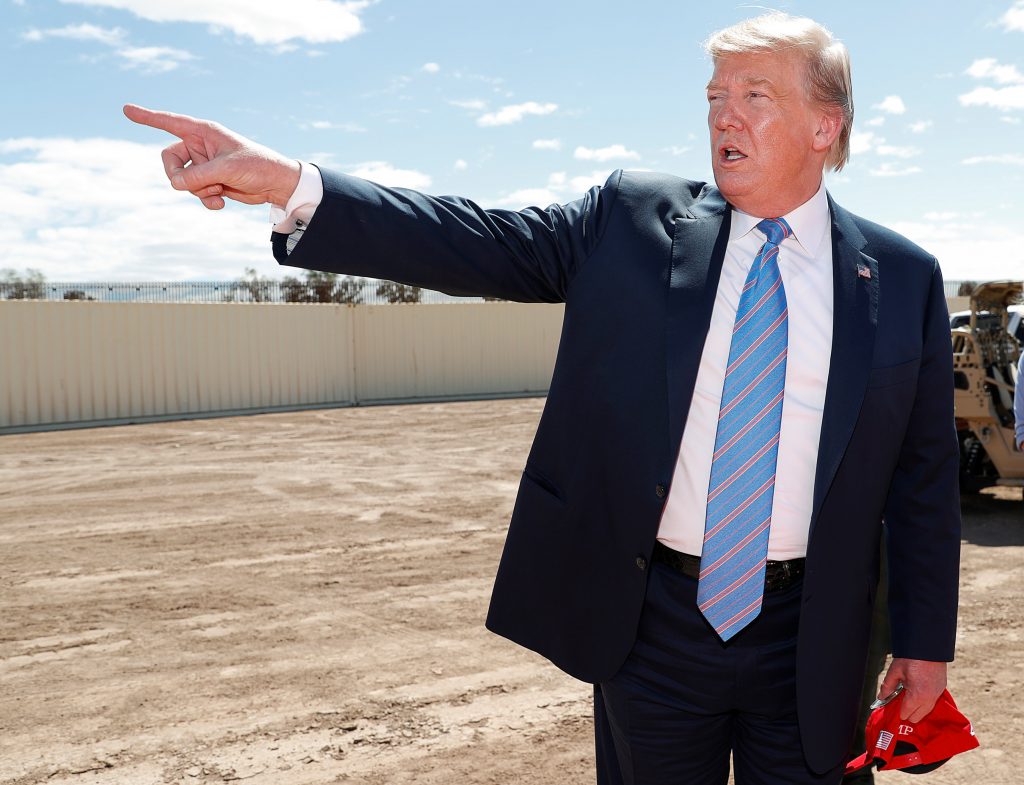 A U.S. judge on Monday issued an injunction halting the Trump administration’s policy of sending some asylum seekers back across the southern border to wait out their deportation cases in Mexico.

The ruling is slated to take effect on Friday, according to the order by U.S. District Judge Richard Seeborg in San Francisco. The preliminary injunction will apply nationwide.

The ruling removes at least temporarily a controversial Trump administration strategy aimed at slowing a flood of immigrants, many of them families from Central America, that swelled last month to the highest level in a decade.

Because of limits on how long children are legally allowed to be held in detention, many of the families are released to await U.S. immigration court hearings, a process that can take years because of ballooning backlogs.

In response, the Trump administration in January started sending some migrants to wait out their U.S. court dates in Mexican border cities, under a policy known as Migrant Protection Protocols, or MPP.

The Department of Homeland Security said last week that it planned to expand the program.

A U.S. Department of Justice spokesman declined to comment. The White House did not immediately respond to a request for comment.

Seeborg said his ruling turned on the narrow question of whether the Trump administration had followed administrative law in implementing the policy.

“The legal question is not whether the MPP is a wise, intelligent, or humane policy, or whether it is the best approach for addressing the circumstances the executive branch contends constitute a crisis,” wrote Seeborg.

MPP was rolled out in January. The government argued it was needed because so many asylum seekers spend years living in the United States and never appear for their court hearings before their claim is denied and an immigration judge orders them to be deported.

MPP was based on a decades-old law that says migrants who enter from a contiguous country can be returned there to wait out their deportation case, although the provision had never been used in the way the administration has applied it.

Civil rights groups sued, arguing the policy violated U.S. and international law by returning refugees to dangerous border towns where they would be unable to get legal counsel or notices of hearings.

The plaintiffs include legal service organizations and migrants who fled Guatemala, Honduras and El Salvador to escape what they said was extreme violence, rape and death threats.

Apprehensions by border agents were on track to top 100,000 in March, the highest level in a decade, according to the U.S. Customs and Border Protection.

While illegal border crossings were higher in the early 2000s, most of those apprehended at that time were single men, often from Mexico.

Gabriela Orellana, 26, an asylum seeker from El Salvador who was scheduled to have her first hearing on Tuesday, was delighted by the news of the judge’s ruling.

“I’m crying from happiness,” she told Reuters. She is not one of the plaintiffs in the case.

Orellana said she fled El Salvador with her 8-year-old daughter and 6-year-old son after she was shot by a gang member. She has been in Tijuana since January and has waited nearly two months for her first interview with U.S. immigration authorities.