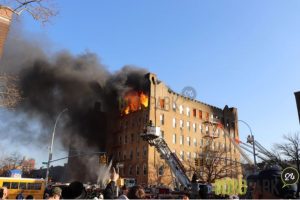 Firefighters struggled against high winds as they battled a six-alarm fire at an apartment building in Brooklyn. 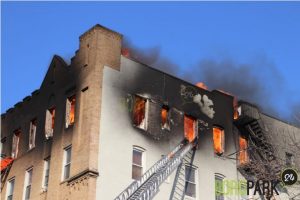 About 250 firefighters and EMTs responded to the fire, which broke out on the top floor of the six-story building in the Sunset Park neighborhood just after 4:30 Wednesday.

The fire caused the roof to collapse onto the top floor and the fire officials say the building has been severely damaged. They expect crews to be at the scene overnight.

The cause of the fire is still under investigation. 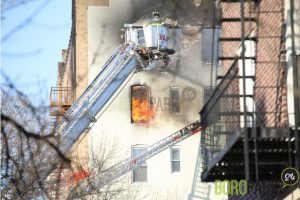