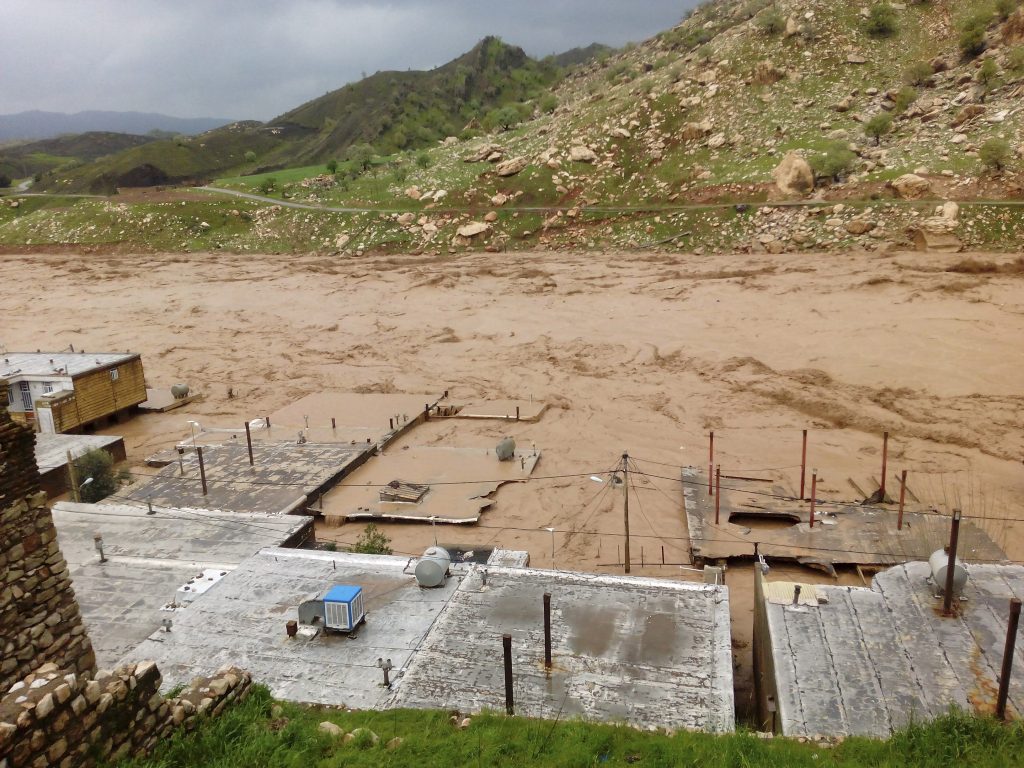 Iran’s foreign minister said U.S. sanctions imposed on Tehran by the Trump administration last year have hampered successful rescue efforts for flood-stricken areas of the country where at least 50 people have died so far.

The sanctions, he said, have prevented Tehran from getting badly needed equipment, including relief helicopters. “This isn’t just economic warfare; it’s economic TERRORISM,” he tweeted.

Iran has been facing major flooding for the past two weeks and on Monday, the death toll in the disaster rose to 50, according to an Associated Press count. The floods have struck hundreds of villages as well as towns and cities in the western half of the country, where in some places an emergency situation has been declared.

Ministry spokesman Bahram Ghasemi on Tuesday told the official IRNA news agency that because of the U.S. sanctions, all foreign bank accounts of the Iranian Red Crescent are closed and no foreign-based entity is able to transfer money for flood-stricken people.

Local authorities in the stricken areas have repeatedly asked for more helicopters to reach remote and cut-off locations. Iranian state media said on Tuesday that dozens of military and Iranian Red Crescent helicopters are taking part in the relief operation.

Britain and Germany have offered to send help, including boats and safety equipment.

Iranian media reports said the floods have cut off some 80 intercity roads, as well as roads to nearly 2,200 villages, and that electricity and communications with many places, including in western Ilam and Lorestan Provinces, have been cut.

Authorities have issued evacuation warnings and state media has broadcast footage showing inundated towns and villages in western and southwestern Iran. State media said officials have warned about the possibility of dams breaking and have ordered emergency water discharges from reservoirs to prevent a catastrophe.

Triggered by heavy rainfall, several rivers have burst from their banks. Emergency services are advising people to postpone unnecessary intracity commutes as well as trips to western and southern Iran, including the oil-rich Khuzestan Province, which is expecting heavy flooding in the coming days as overflowing rivers from provinces upstream reach Khuzestan.

The floods have hit Iran particularly hard, coming against the backdrop of a spiraling economic crisis. President Donald Trump’s decision last year to withdraw from the Iranian nuclear deal with world powers and restore crippling economic sanctions have caused the Iranian currency, the rial, to plummet in recent months, sending prices skyrocketing and wiping out many people’s life savings.

The floods first began in the second half of March in the northern provinces of Golestan and Mazandaran and later spread. Iran has seen a decades-long drought but the latest flooding has also been blamed on widespread disregard of safety measures and construction of buildings and roads near the rivers.