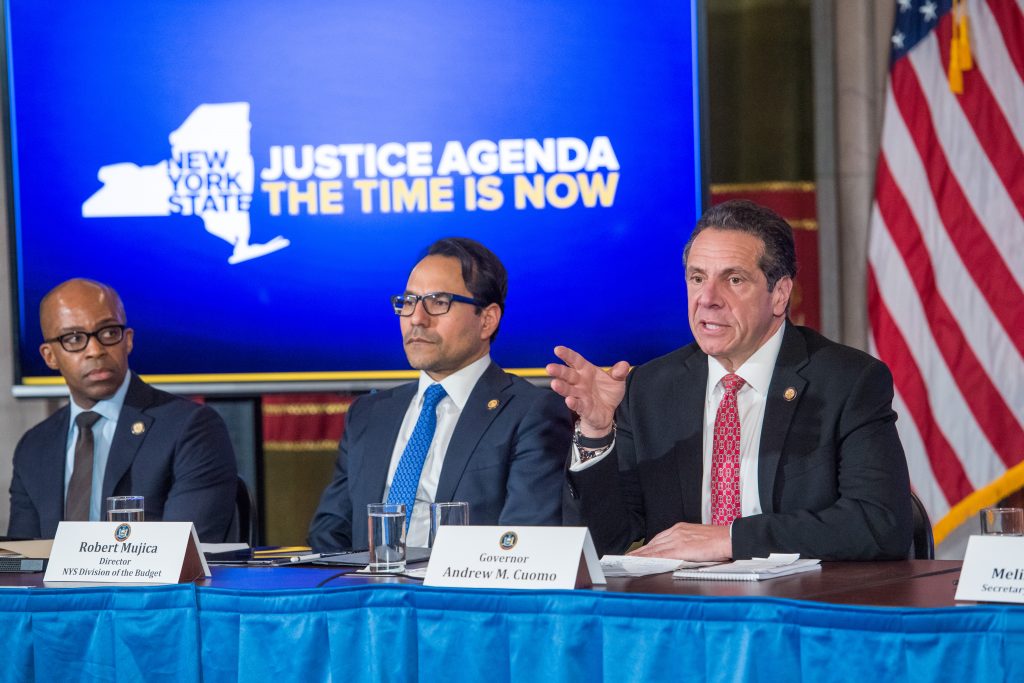 Gov. Andrew Cuomo and fellow Democrats who control the New York Legislature say they’ve reached an agreement on a $175.5 billion state budget a day before the spending plan deadline.

Cuomo and legislative leaders Andrea Stewart-Cousins of the Senate and Carl Heastie of the Assembly announced the agreement in a statement at 12:30 a.m. Sunday.

Lawmakers plan to begin passing budget bills Sunday during what’s expected to be an all-day session. The spending plan is for the 2019-2020 state fiscal year that starts Monday.

Agreed-to items in the budget include a statewide ban on single-use plastic bags, closing up to three yet-to-be-determined state prisons, and congestion tolls for traffic below Manhattan’s 60st Street.

Also included was a provision championed by Assemblyman Simcha Eichenstein to include summer camps in security grants for places at risk of hate-crime attacks. Previously, the grant had only covered private schools, day-care centers, and cultural museums.

Major issues that didn’t make it into the spending plan include legalization of recreational marijuana.