Business AUTO REVIEW: Honda Passport Is a Big, Blocky SUV That Performs Better on the Road Than Off
Business 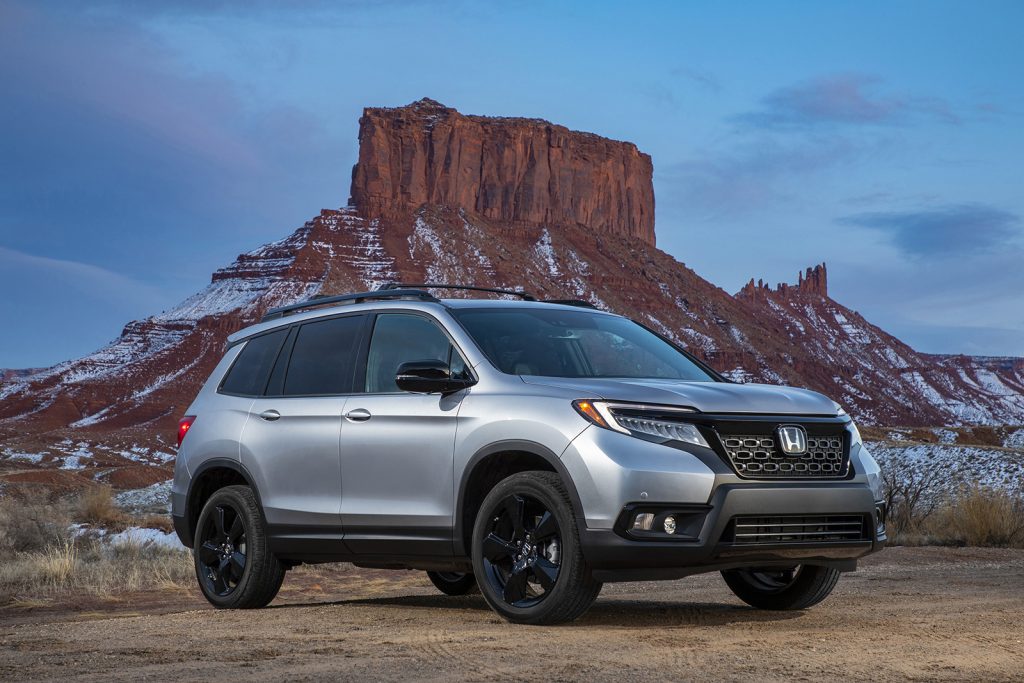 Honda Motors, having made significant sales inroads with its small CR-V and its large Pilot, is tripling down on the SUV market with its new midsize Passport.

This Goldilocks version is meant to attract buyers who find the CR-V too small and tinny, and the Pilot too big and pricey. Sliced right into the middle niche, the Passport is going after buyers who otherwise would be looking at the Ford Edge, Toyota 4Runner, Nissan Murano, Subaru Outback or even the Jeep Cherokee.

The company is doing that by pitching the Passport as a lifestyle vehicle, highlighting its rugged good looks and its off-road readiness with advertising lines like “tackle the untamed road” and “gear up for adventure.”

Re-introduced for 2019 after a 16-year absence from Honda’s fleet, the Passport is a four-door, two-row, five-passenger SUV, driven by the company’s 3.5-liter VTEC V-6 engine. This time-tested power plant makes 280 horsepower and 262 pound-feet of torque.

The best use of that power, Honda’s ad campaign suggests, is off the highway. Though the all-wheel-drive system comes standard only on the top model — and is a $1,900 upgrade to the front-wheel-drive system on the others — almost all the promotional material shows the Passport camping, glamping, rock crawling or otherwise sporting around in the great out-of-doors.

Meant to be as comfortable on the road as it is capable off the pavement, it is Honda-sensible. Like everything the company offers, it is intelligently designed, dependably built and… a little boring.

Design-wise, it’s almost indistinguishable from other SUVs in its class. No one, driving down the road, is likely to exclaim: “Hey! That’s the new Passport!”

But it’s so sensible. The seats are comfortable. The headroom, legroom and visibility are generous. The dashboard and infotainment screens are practical and attractive. Everything in the cabin is easy to see, easy to understand and easy to reach.

Cup holders and USB ports are handily located. There are even armrests for the driver and passenger, attached to the center console — not a typical feature on any vehicle, and very welcome here. The second row slides forward and back, which is not always the case with rear seating.

Also not common, but very welcome, are the sunshades on the rear passenger windows, standard on all but the entry-level Passport, which is also the only trim level that doesn’t have the moon roof. (Only the Touring and Elite models get the roof rail as standard equipment.) The rear seats get their own climate control, and an AC 115-volt accessory plug-in.

It’s also fun to drive. The Passport’s nine-speed automatic transmission can be configured in normal or sport mode, and sport mode is quite sporty. Paddle shifters on the steering wheel allow for a more engaged driving experience and a more aggressive use of the engine’s power.

Some may quail at the size. The Passport looks big, and feels big, because it is big, especially for a two-row SUV. Though it’s 4 inches shorter than the Pilot, and a reported 35 pounds lighter, the two SUVs are the same width and almost the same height.

That allows for the great headroom and legroom, and lots of storage space — 77 cubic feet, with the rear seats folded flat — and a clever “under floor” cargo area.

All models come with the excellent Honda Sensing system, which includes adaptive cruise control, collision mitigation braking and a variety of buzzers and bells to help the driver stay in one lane at a time and stay on the roadway.

The model I drove was the Elite — the top of the trim line, and the only model that comes standard with all-wheel drive. Upgrades on the Elite include niceties such as heated and ventilated front seats, wireless phone charging, and rain-sensing windshield wipers.

I enjoyed it on the highway, where it was comfortable and quiet to drive. Though it is a big SUV, the Passport didn’t seem to make too much wind or tire noise. The HVAC system was quiet, too, and didn’t overwhelm the sound system, as often happens with SUVs when the temperature demands “high” AC settings.

Off the highway, the Passport was somewhat less convincing. Driving in the Rowher Flat area near Santa Clarita, I experimented with the settings for mud, sand and snow — though I had the opportunity to drive only in mud and sand. With its 20-inch wheels and higher ground clearance — 8.1 inches on the all-wheel-drive models, which is almost a full inch more than the Pilot and a half-inch more than the CR-V — the Passport navigated potholes and plowed through the muck capably, and didn’t seem bothered by the goopy mud or the deep sand.

It did seem bothered by the rough roads, though. Moving at a moderate pace over washboard sections pocked with sharp rocks, I feared for the Passport’s future. It rattled and shook in a way that made me concerned about its long-term durability.

Hondas of all kinds are built to last — the company says this one was tested in the sand in Dubai, in the mud in Russia and in the snow in Minnesota — so I’m not suggesting the Passport would fall apart after a few miles of rough road. But it wasn’t confidence inspiring to feel it shake and shimmy like that.

Honda is selling the Passport as a 50-50 vehicle, much as it is the new CRF450X, the company’s dual-sport motorcycle. Both vehicles are meant to function just as well on city streets as on crunchy trails.

SUV buyers who want something sportier and more capable feeling may be happy with a Passport. Those who buy a Passport thinking they can start carving up steep canyon walls may be disappointed.

Lows: Big for a two-row SUV