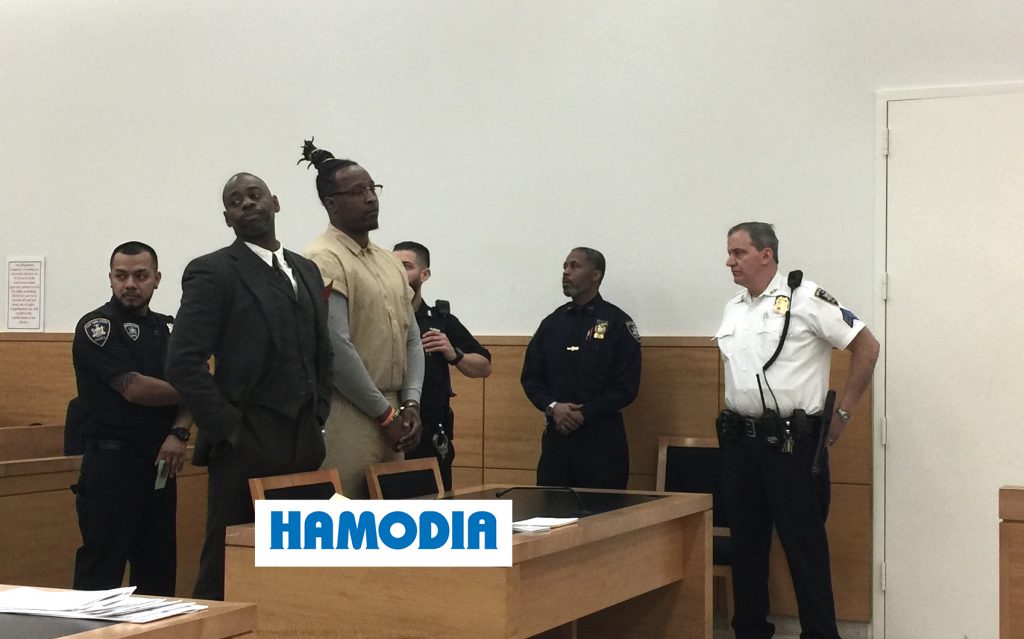 Kendall Felix, who conspired in the Menachem Stark, Hy”d, kidnapping, and disposed of Stark’s body and set it aflame after other conspirators had killed him, was sentenced Wednesday to 2-1/3 to seven years in prison.

Felix had pleaded guilty to second-degree conspiracy and first-degree hindering prosecution, and the Stark family said it views his sentence as excessively lenient.

Unable to come up with funds for bail, Felix has been in jail since his arrest in October 2016. This will count as time served, so Felix will soon face his first parole hearing, though no date has been set yet.

Stark was kidnapped outside his Williamsburg office on January 2, 2014, and his body was found burning in a dumpster in Great Neck, Long Island, the next day. Prosecutors believe that Stark was accidentally suffocated during a botched kidnapping and attempted robbery by Kendall’s brother Erskin Felix and cousin Kendel Felix. Kendall joined Erskin and Kendel in the Felix family minivan after Menachem was already kidnapped, but when they realized Menachem was dead, Kendall and Kendel drove with Menachem’s body to Great Neck, where they purchased gasoline and set the body aflame in a gas station dumpster.

In victim impact statements, Menachem’s widow, Bashie, and her sister, Tziri Hershkovitz, had urged Justice Danny Chun to give Kendall a stiff sentence.

“What [Kendall] did still leaves the family in constant agony,” said Mrs. Hershkovitz, as audible sobs were heard from the Stark family side of the courtroom. “Every day, my mind can’t shut off the image of Menachem’s end being in a dumpster, on fire. And I know I’m not alone. A kind, sweet, loving man — and that is the final memory in the minds of his parents, his wife, his children — and all of us who knew him and loved him.”

“A happy, loving, doting father was snatched from his children,” said Mrs. Stark. “He never got to see his daughter graduate. And my sons didn’t have their father at their bar mitzvah. He wasn’t with me when I walked my daughter down the aisle. And he wasn’t around for the birth of our grandchildren. Menachem won’t be with me next week, at our son’s wedding. My baby was only 20 months old at the time, he will never remember his father.

“The trauma from that night will never leave us. The longing, for the sweet loving man we knew will never fade. Our lives, will never be the same.”

But despite prosecutor Howard Jackson’s strong objections and request for a four-to-twelve-year sentence, Chun said he was “persuaded [to give the lower sentence] given the defendant’s young age and lack of any [previous] involvement with crimes.

“The evidence is clear that this defendant was not the mastermind behind the planning” to kidnap Menachem, said Chun, who gave concurrent 2-1/3-to-seven-year sentences on each of the two counts.

Asked by Hamodia about the sentence, Kendall’s attorney Kenneth J. Montgomery said, “I thought it was fair,” but the Stark family expressed strong disagreement with Chun’s decision.

“I am very disappointed with this outrageously low sentence, which does not match the barbarity of the crime this man committed,” said Mrs. Stark. “This sentence adds insult to injury.”

Irvine Henry, a cousin of the Felixes, who was the last to join the group in the minivan, pleaded guilty to hindering prosecution and attempted tampering with physical evidence, and will testify Friday against Erskin, as he also seeks a reduced sentence.