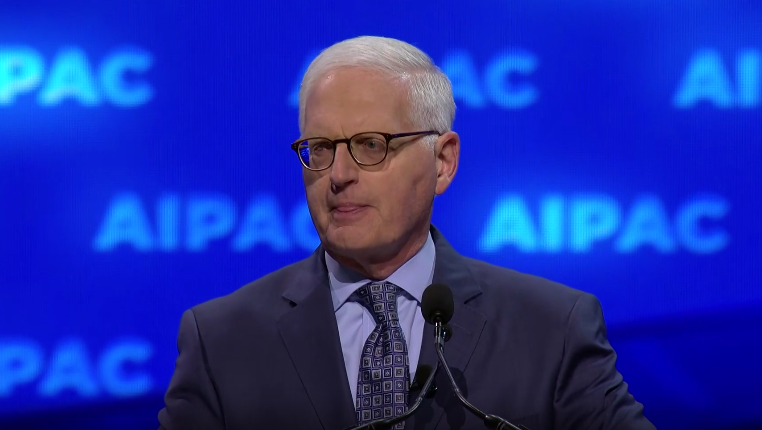 The head of AIPAC led off its annual policy conference on Sunday with a ringing defense of the organization against congressional critics who have accused it of disloyalty in its lobbying work.

“This isn’t about having normal policy discussions and debates,” he said. “This is defamation masquerading as discourse,” declared AIPAC CEO Howard Kohr at the gathering of some 18,000 in Washington.

A tweet by freshman congresswoman Ilhan Omar earlier this month accusing AIPAC of paying off legislators to support Israel. After apologizing amid a firestorm of criticism inlcuding from her own party leaders, Omar followed up with an accusation that lobbyists pressure lawmakers to have an “allegiance” to Israel, which provoked charges of the anti-Semitic trope of “dual loyalty” to the United States and Israel.

Referring to an aggressive campaign against pro-Israel students on university campuses and a newly emergent trend among Democrats to attack Israel, Kohr said:

“We have always had critics and detractors, and some have been particularly harsh,’” he went on. “But today, they are emboldened and energized, and their false claims are taken at face value by new and larger audiences.”

“They want to starve Israel of America’s support,” Kohr said. “They want America on the sidelines. They want the Jewish state vulnerable, and alone.”