Community ‘He Made Him the Hero of the School’
Community 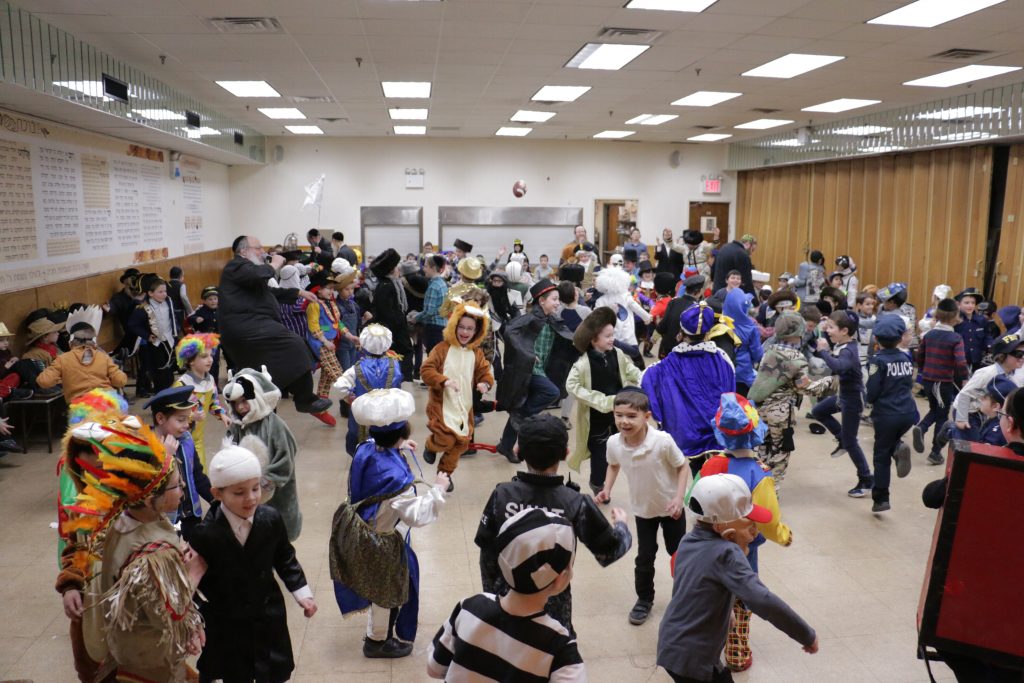 A child with physical disabilities was the “hero” of the masquerade performed ahead of Purim in one Boro Park yeshivah.

A school masquerade was celebrated at Yeshiva Tiferes Elimelech on Tuesday, led as it was for the past 30 years by its longtime second- grade Rebbi, Rabbi Chaim Donn (father of this writer).

“The boys dress up in costumes and sit around the room,” Rabbi Yehoshua Cohen, a Rebbi at the yeshivah, told Hamodia. “Groups are called in to dance one at a time and the music goes on with each group. Rabbi Donn is very creative in calling up groups that make quieter boys feel comfortable. Kids come out of hiding at these events.”

But on Tuesday, Rabbi Cohen said, “Rabbi Donn outdid himself. He unofficially conducted a therapy session.”

It was so striking that Rabbi Yaakov Rawcici, the Menahel and a master mechanech, told Hamodia that it was a “mitzvah” to publicize what happened.

After calling on various groups to come in the middle to dance, Rabbi Donn announced that any child who feels that they are bullied on the bus should go over and “dance with your bully.”

He then announced on the mic the next dance. “There is one bus that has one boy riding on it,” Rabbi Donn said. “There is never any bulling on that bus — Bentzy’s bus.”

He was referring to a boy named Bentzy who is physically handicapped and rides a special-needs bus to yeshivah by himself every day.

Bentzy, who cannot walk on his own, slowly made his way to the center of the dining room, helped by his aide. A Rebbi began dancing with Bentzy, who was glowing and clapping his hands in joy. All the Rabbeim and hundreds of talmidim stood up to dance around him, clapping and cheering.

“He made him the hero of the school,” Rabbi Rawcici said.