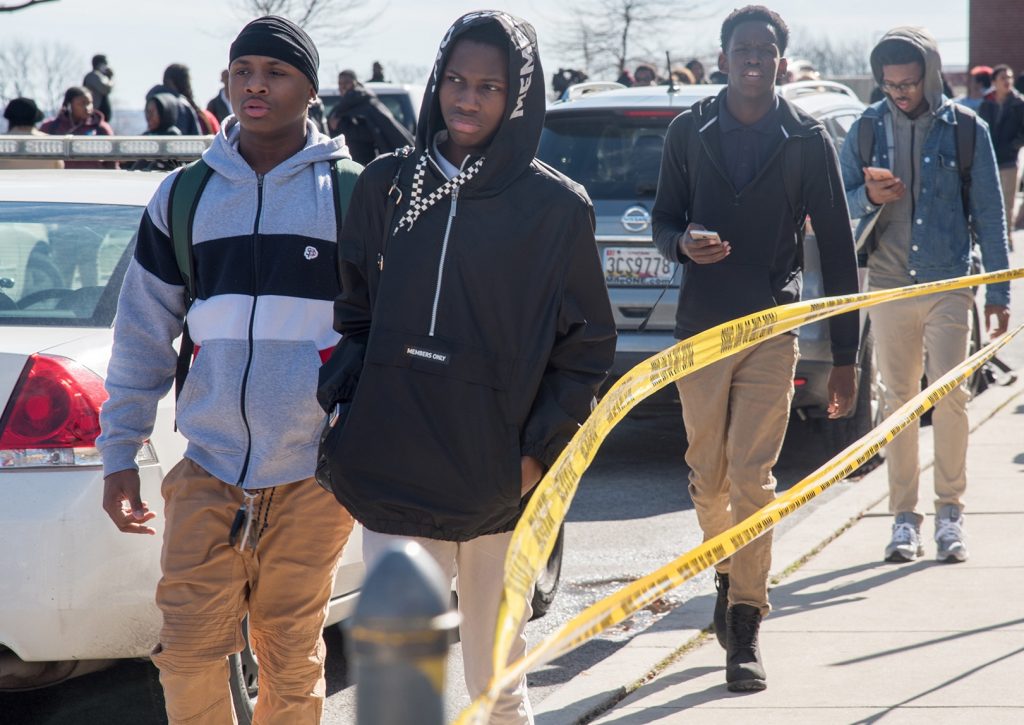 Baltimore lawmakers Saturday killed legislation that would have allowed city school police officers to carry guns while patrolling in schools.

The city’s state House delegation voted 10-5 against the bill — effectively killing it for this General Assembly session.

Before the vote, Del. Cheryl Glenn — the bill’s sponsor — urged her colleagues to support the measure as a way to protect schoolchildren in Baltimore. She noted that school resource officers in every other part the state are allowed to carry firearms inside schools.

“Baltimore city would be the only jurisdiction in the entire state where our children are not protected,” said Glenn, who is chairwoman of the city’s House delegation.

Del. Talmadge Branch, who is majority whip in the House of Delegates, agreed. Armed officers are necessary in an age when mass shootings happen across the country, he said. He also cited Baltimore’s high crime rate. The city has recorded more than 300 homicides in each of the past four years.

“There’s plenty of violence in Baltimore city,” Branch said. “Here we have our school system sitting right in the middle of all this turmoil and we don’t protect them.”

But Del. Brooke Lierman argued that there’s little evidence that arming school police officers inside buildings would make children safer. Rather, she said, a shootout between a gunman and police could lead to more deaths or injuries.

“There’s no data to demonstrate that having an armed guard or armed police officer in a school building deters active shooter situations or makes people safer,” Lierman said.

It was Glenn’s second attempt this session to pass her bill. She withdrew it in January after the Baltimore school board unanimously voted to oppose the idea.

But after a staff member at Frederick Douglass High School was injured in a Feb. 8 shooting inside the school, the board reversed its position, and Glenn reintroduced her bill.

Under current law, the city’s roughly 100 school police officers are allowed to carry their guns while patrolling outside schools before and after class hours. But they are required to store their weapons in a secure location during the school day.

Baltimore is the only jurisdiction in Maryland with a sworn school police force. In surrounding districts, county police officers or sheriff’s deputies patrol schools and are allowed to carry their guns.

Baltimore parents, community members and legislators have long been divided over the issue.

The shooting at Douglass loomed over the debate.

Police charged a relative of a student with shooting special education assistant Michael Marks inside the school. The 56-year-old longtime staffer was seriously injured but survived.

Maryland Senate Republicans are pushing a bill that would require city school police officers to carry their guns inside schools.

But that legislation — sponsored by Senate Minority Leader J.B. Jennings, who represents Harford and Baltimore counties — has no Democratic co-sponsors. In Maryland’s Democratic-controlled General Assembly, Republicans cannot pass legislation without at least some bipartisan support.