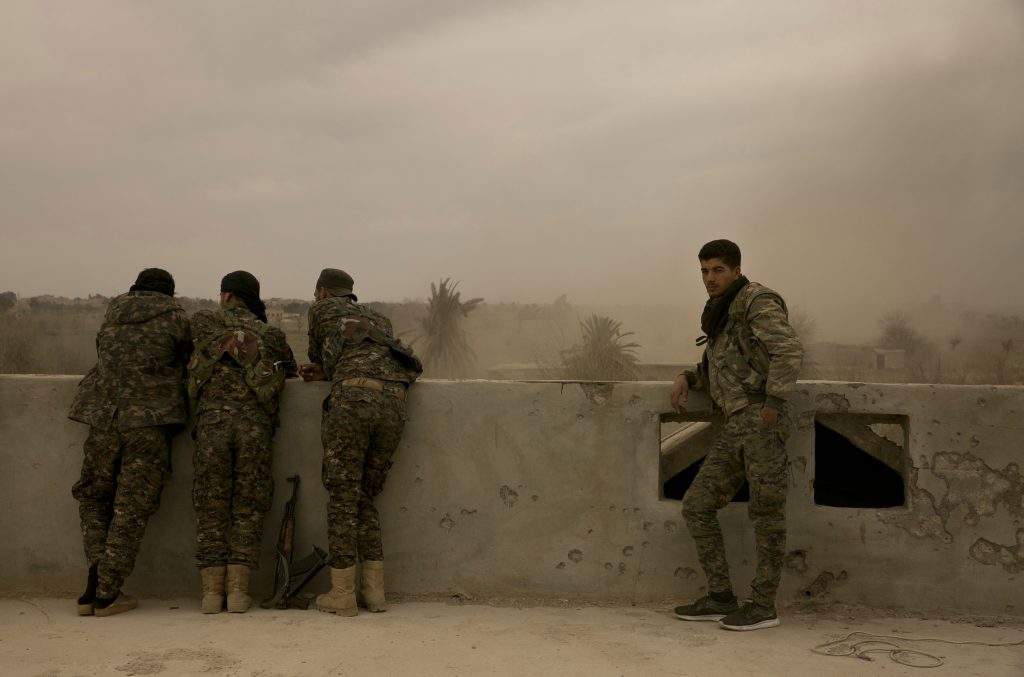 Islamic State terrorists accompanied by relatives surrendered to the Syrian Democratic Forces (SDF) by the hundreds on Thursday as the terrorists lost ground to a U.S.-backed assault aimed at seizing the last shred of IS territory, the SDF said.

Many of the men were limping as they crossed out of the enclave at Baghouz along a dirt path over a rocky hill, accompanied by weeping children and fully veiled women, dragging suitcases and backpacks behind them, a Reuters journalist said.

SDF fighters said many of them were foreign terrorists.

IS terrorists have been mounting a desperate last-stand defense of the enclave at Baghouz, the final patch of Islamic State territory that once spanned a third of Iraq and Syria and which has been besieged by the SDF for weeks.

The terrorists had sought to counterattack three times in two days, the SDF said, deploying more than 20 suicide bombers.

In a statement, the SDF said its fighters had made progress into the remaining IS-held part of the enclave in eastern Syrian near the Iraqi border. It said 15 IS members had been killed on Thursday morning after they tried to attack SDF troops.

“Our fighters thwarted all of the terrorist organization’s attempts to achieve any progress.”

The enclave was being pounded with artillery fire as war planes flew overhead on Thursday. The SDF said it had confirmed that 112 Islamic State terrorists had been killed since it resumed the assault to capture Baghouz earlier this week.

The SDF said earlier this week that the battle for Baghouz – a collection of hamlets and farmland – was as good as over.

No Islamic State leaders are believed to be in Baghouz, according to a U.S. defense official. U.S. government experts strongly believe IS leader, Baghdadi, is alive and possibly hiding in Iraq.

The group is still assessed to remain a potent security threat operating in remote territory in both Syria and Iraq.

Islamic State redrew the map of the Middle East in 2014 when it declared its ultra-radical Sunni Islamist “caliphate.”