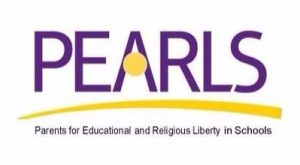 Five of America’s oldest yeshivos joined with a group of parents and groups representing New York state’s yeshivos in filing a lawsuit Thursday night against the education department, charging that recent guidelines seeking to regulate how closely religious institutions are “substantially equivalent” to public schools are both unfair and unconstitutional.

The lawsuit, which was filed in state supreme court, also seeks a preliminary injunction by the judge ordering the state to end all inspections until the case is heard and decided.

The yeshivos that joined the lawsuit are all over 100 years old and are America’s earliest Jewish institutions — Torah Vodaath, Rabbeinu Jacob Joseph, Mesivta Tifereth Jerusalem, Chaim Berlin and Ch’san Sofer. The groups that signed on as plaintiffs are Agudath Israel of America, Torah Umesorah and PEARLS.

“We will do whatever it takes to protect our religious values and the yeshiva system,” said Rabbi Avi Greenstein, a PEARLS executive committee member and CEO of the Boro Park Jewish Community Council. “Over the past century we have produced hundreds of thousands of successful alumni, law abiding citizens and thriving families. The overwhelming majority of alumni continue to show their confidence in the yeshiva system by enrolling their children.”

The argument put forth by Avi Schick, the attorney of the yeshivos, is that the education commisioner overstepped its authority by publishing the guidelines and that it deprives parents of their rights to educate their children as they see fit.

“The substance of the guidelines is beyond what she’s allowed to do,” Rabbi Chaim Dovid Zwiebel, Agudah’s executive vice president, told Hamodia.

He noted that all requirements having to do with licensing — which the guidelines seek to alter in yeshivos — must either be enacted by the legislature or be done through public hearings in which all citizens have a right to comment. It also does not prove flexibility or leeway as the law requires.

“This is a regulation disguised as a guideline,” Rabbi Zwiebel said.

In addition, the guidelines unlawfully state a series of required subjects to be studied. If the law requires “substantial equivalence,” the lawsuit says, it should be tied to public schools, not an absolute requirement to teach this or that subject.

The guidelines, which were sparked by an investigation into 30 chassidic yeshivos in Brooklyn but which affect every one of the state’s hundreds of nonpublic schools, were sharply criticized when MaryEllen Elia, the state’s education commissioner, first unveiled them in November.

Yeshivah heads noted that the nearly four hours and 30 minutes demanded for secular education every day would remake yeshivos into a different entity entirely. They also expressed concern over its vague directives and the standards by which the hundreds of school boards across the state will inspect. In New York City, for example, Chancellor Richard Carranza embarked on the process with such intensity that he had to be reined in by the state.

The state has set withering penalties if the guidelines are not adhered to.

Schools that fail to prove that they provide an education substantially equivalent to that of public schools will lose all government funding for textbooks, food, busing and special education. In addition, parents would be notified that their child faces truancy charges if they insist on continuing to send to those schools.

The Catholic school system, which is much larger than the yeshivah system, has already announced that it would not allow inspectors in.

And on Tuesday, a group representing 11 specialized private schools filed a lawsuit in which it accuses the state of unnecessarily making changes to the private school industry without cause.

Filed in state supreme court in Albany, the Association of Independent Schools also seeks an injunction to stop the education department from moving forward with its plans.

The guidelines has evoked censure from outside the religious community as well. A majority of City Council members signed a letter calling on the state to withdraw the guidance, and about two dozen lawmakers denounced the new standard at Agudah’s mission to Albany on Wednesday.

“My prayer,” Rabbi Zwiebel said, “is that we could resolve this short of a court of law. But that doesn’t seem realistic at this point.”