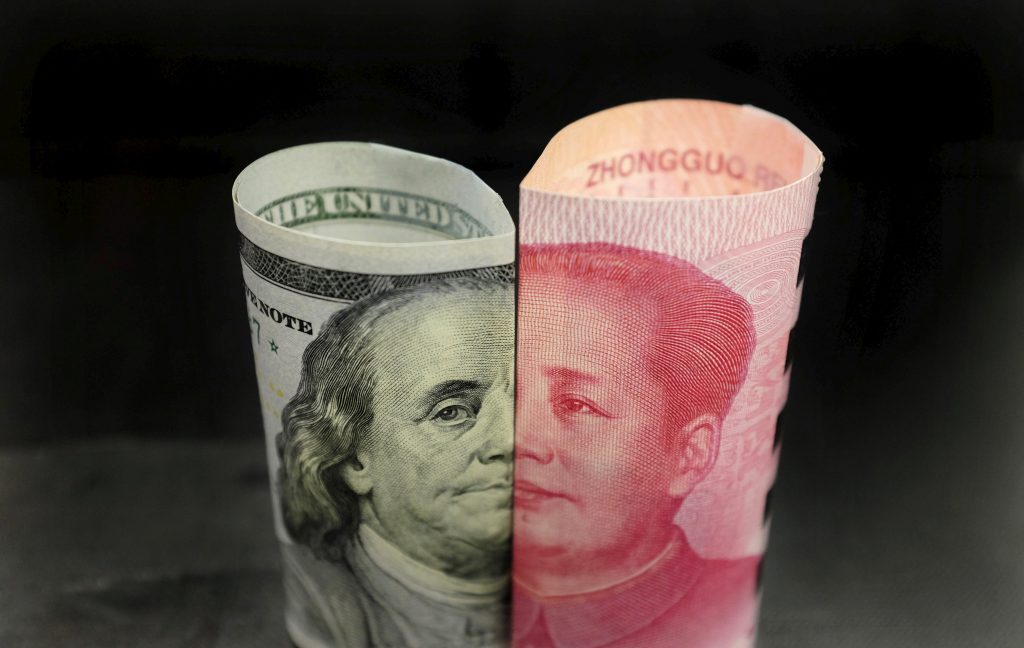 President Donald Trump said on Wednesday that trade talks with China were moving along well and predicted either a “good deal” or no deal between the world’s two largest economies.

Washington and Beijing have been locked in intense negotiations to end a months-long trade war. Trump, citing progress in talks, last week delayed a planned tariff increase to 25 percent from 10 percent on $200 billion of Chinese goods.

“They’re moving along well and we’ll see what happens,” the president said on Wednesday during a meeting in the Oval Office, referring to the trade talks. He said there would either be “a good deal or it’s not going to be a deal, but I think they’re moving along very nicely.”

Trump’s comments came after the Commerce Department said on Wednesday that the U.S. goods trade deficit surged to a record high in 2018 as strong domestic demand fueled by lower taxes pulled in imports, despite the president’s tariffs and “America First” policies aimed at shrinking the trade gap.

“Right now, I think there’s just a lot of work in getting words down … a contract or agreement, and that’s the current status,” he added.

In addition, Washington has sought increased Chinese purchases of U.S. goods, including farm and energy commodities and manufactured products, to reduce a U.S. trade deficit with China that it estimates at more than $417 billion for 2018.

People familiar with the talks told Reuters the two sides still had substantial work ahead to reach agreement on a way to ensure China follows through on any pledges. Talks could still collapse if a deal cannot be reached on enforcement of these “structural” issues.