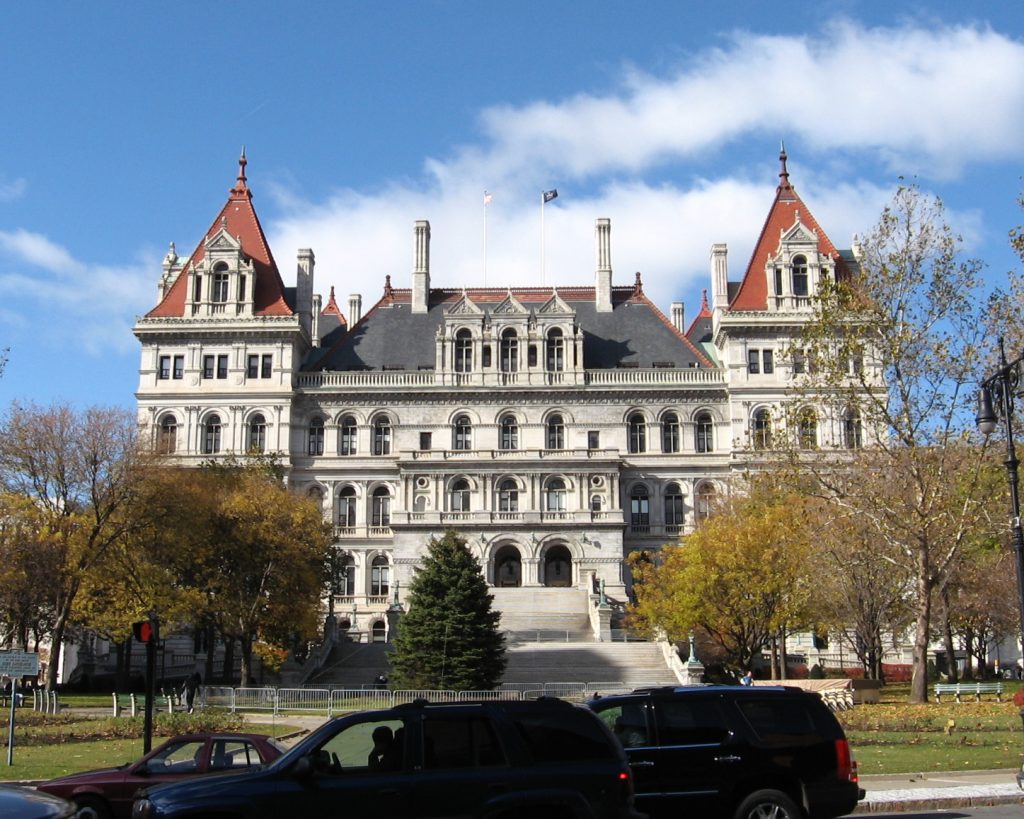 A pushback on state guidelines imposed on yeshivos was the main topic of the day at Wednesday’s mission to Albany of Agudath Israel of America, which encountered a new Democratic reality for the first time since the trips began.

More than five dozen yeshivah administrators and Orthodox activists and professionals trekked to the state’s Capitol for the annual event lobbying for the community. They met with Gov. Andrew Cuomo’s top staff and about two dozen lawmakers, including the new Democratic leader of the Senate.

The main buzz was around the recent guidelines unveiled by the state Education Department that still leaves yeshivos vague on its premise four months later. Rabbi Chaim Dovid Zwiebel, the group’s executive vice president, noted in his remarks that the mission typically comes to lobby for funding, but he described the yeshivah crisis as one that “transcends” everything else.

Mrs. Tsivia Yanofsky, the principal of Manhattan High School for Girls, told the assembled during the meeting with Andrea Stewart-Cousins, the Senate majority leader, that both as a longtime educator and a mother of six boys learning in yeshivos, she worried that the new guidelines would devastate the yeshivah system painstakingly rebuilt after the war.

“We have an upcoming holiday called Purim, in which Queen Esther was told, ‘Who knows if you were put into this position just for this,’” Mrs. Yanofsky said.

Sen. Stewart-Cousins responded by promising to look into what the legislature could do.

“I don’t usually have the opportunity to host this large a group,” said the Democrat from Yonkers. “I’m very happy to have had an opportunity to share your views. We’re giving full attention to this issue.”

Stewart-cousins told Hamodia later that she wanted to meet with Agudah in order to better understand “your point of view.” She added that she had no plans to meet other groups on the yeshivah issue but usually liked to speak to “all sides.”

The Senate leader said she hoped it wouldn’t be the last time Agudah meets with her.

Other issues brought up during four hours of meetings were security funds for Jewish schools and centers, a debt of about $20 million for state mandates that yeshivos fulfill such as taking attendance, and a call for the state to finally pay up an old debt incurred by yeshivos performing various duties, including ensuring that students are immunized.

The mission’s legislative lunch was unusually packed, with about 25 assembly members wandering in for a quick bite and a quicker speech. Most of them represent districts with significant Orthodox populations, although there were some newcomers.

Simcha Eichenstein, the newly elected assemblyman from Boro Park, received an ovation when he walked in. Others, such as Joe Lentol, a longtime assemblyman from Williamsburg, rallied the troops in their speeches.

“We are not following the tenets that our country was founded on if you can’t educate your children,” Lentol declared. “I will always stand with you because you are right.”