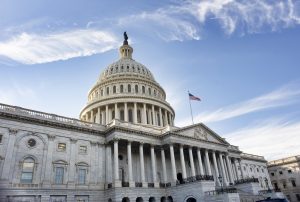 Advocates for the Orthodox community warmly welcomed the nation’s first federal school choice legislation with the introduction of a plan that could raise up to $5 billion for a wide range of private-school voucher and scholarship programs around the country.

Titled the “Education Freedom Scholarships and Opportunity Act,” the bill creates a generous federal tax credit for contributions that would go to fund programs designed by states to offer broader schooling options. It was introduced last Thursday by Republicans Sen. Ted Cruz (Tex.) and Rep. Bradley Bryrne (Ala.) and cheered enthusiastically by Secretary of Education, Betsy DeVos, who has long worked for a robust school choice program at the federal level.

“This is the first major foray into this area on the federal level,” he said. “To see something on this scale that is backed by the administration and by a large number of members of Congress is historic and would have been almost unimaginable not all that long ago.”

Expansion of school choice was a key campaign issue discussed by the president and his supporters before he won the White House; during the 2016 campaign he promised a plan that would bring $20 billion to the cause.

The nomination of Mrs. DeVos, who led one of the nation’s largest school-choice advocacy groups, to lead the Department of Education was an early signal of the administration’s position on the matter. Since she took office, several regulatory and administrative moves have been favorable to private and charter schools, and this is the first legislative move that could bring any program into effect that would be remotely close to the campaign trail pledge.

Anticipating that a major bill was in the works at some point, Orthodox advocacy groups have been engaged in discussions with administration officials on the matter since shortly after the 2016 election.

From the beginning of talks with members of the transition team up until the bill’s introduction, a key priority for community advocates has been to ensure that any program designed should give fair treatment to religious schools.

“Our main focus was to make sure that this bill would not allow states to exclude religious schools from their programs or to interfere with how they are run,” Nathan Diament, the Orthodox Union’s Executive Director for Public Policy, told Hamodia. “Thankfully, the bill has very strong protective language on both points.”

Rabbi Cohen added that a significant victory was clear language that no school could be denied benefits from any state program that would use the funding based on its religious beliefs or mission.

“From day one we were engaged in making sure that the legislation would not give states authority to dig into curriculum or to get into the nitty gritty of a school’s mission or how it conducts itself,” he said. “We’re very pleased to see that the bill contains very clear language that protects schools from interference with religious practice and also protects them from being discriminated against on the grounds of being religious.”

The bill does not propose a federal school choice program, but rather uses a tax credit incentive to raise funds that would then be turned over to states to use in scholarship or voucher programs of their own design. At present, 18 states have some form of school choice program that could potentially benefit from the legislation. Many such programs — such as those in Ohio, Florida, and most recently in Illinois — have had a major impact on local Orthodox communities and schools.

For decades, the Agudah has taken a leading role in lobbying for states to adopt school choice programs. Rabbi Cohen said that passage of this bill would only make those efforts more essential.

“Passing a federal program means that our work on the state level would have to continue to get more states to set up beneficial programs,” he said. “But, this certainly makes a model that should be attractive to a lot of people and does not take anything from public schools.”

Yet, even should the legislation become law, it is unclear how it would affects the two states that are home to the vast majority of Orthodox schools; New York and New Jersey. A combination of Democratic control of state houses and strong teachers’ unions — the strongest opponents of school choice — have largely placed both states off the charts for voucher or scholarship programs for private schools.

Should the legislation become law, Mr. Diament said a lobbying effort in both states would be an important move in opening up its benefits to the community’s largest hubs.

“We would have to aggressively work to get New York and New Jersey to opt in to the huge financial incentives that this offers, which would not cost the state a penny” he said.

As big a boon as the bill would be for the Orthodox community and many others around the country who could benefit from broader educational options, it faces a difficult battle on Capitol Hill, where several Democrats have already voiced their opposition, labeling the measure as part of an “anti-public school agenda” that is “dead on arrival.”

Even if the measure can win support in the Republican-controlled Senate, it seems unlikely to be placed on the agenda in the House of Representatives, where Democrats won a majority in the 2018 midterm elections. Rep. Bobby Scott (D-Va.) who chairs the House’s Education Committee, said unequivocally in reference to the bill that he did not plan to “waste time on proposals that undermine public education.”

Mr. Diament admitted that passing the bill would be very challenging. Still, he felt there were reasons to believe that enough Democrats could potentially be rallied to favor the measure.

“If Democrats argue in general that school choice is taking away from public schools, this bill is not proposing to do that,” said Mr. Diament. “There are a lot of Democratic constituencies that support school choice, and the Democratic caucus has educational measures that they need Republican support to pass. If they are willing to be a little pragmatic, this bill could and should get on the agenda.”

Rabbi Cohen said that recent fractures in the House’s Democratic caucus could be used to the bill’s advantage and that members from districts whose voters support it at home could be moved to push for its passage despite opposition from party leadership. While acknowledging the bill’s uncertain future, its very introduction is an achievement, he said.

“There is no question that there are realities that will make this a hard bill to pass, but there is a lot that this bill has to offer that should make it attractive to a lot of people who might not have entertained the possibility before,” he said. “For those of us who have been in this fight for decades, we have learned that the war for school choice will be won battle by battle and that we have gotten this far is amazing in and of itself.”