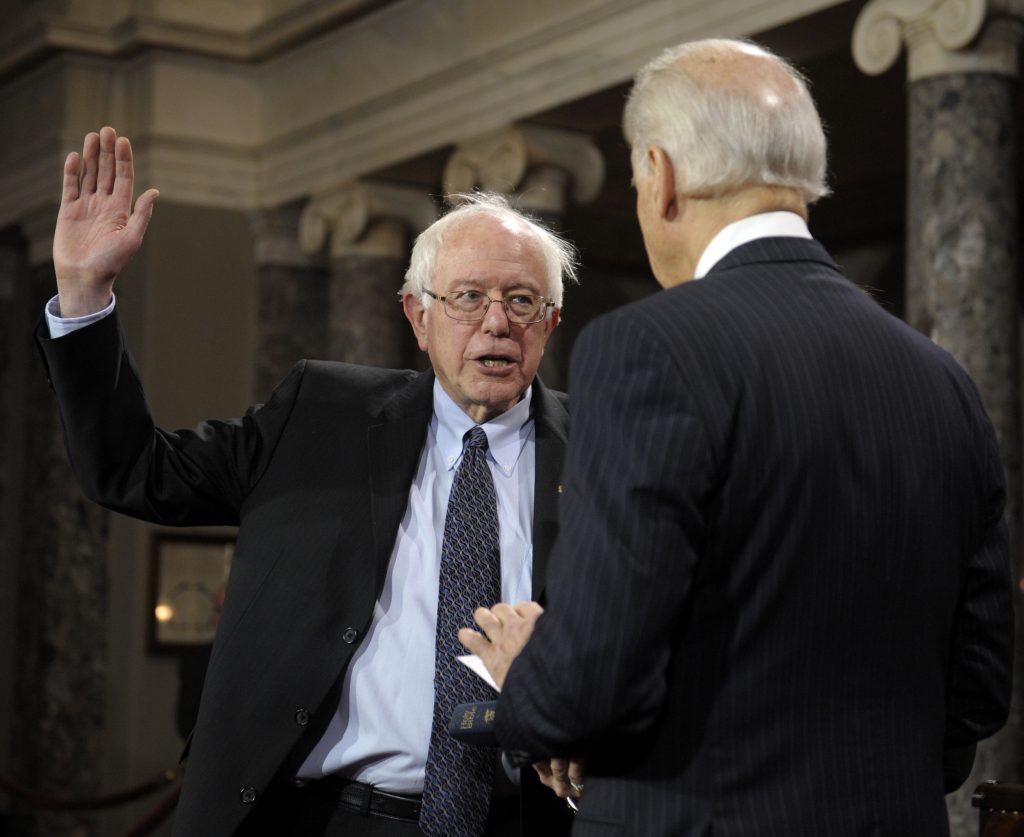 Americans are least favorable toward a presidential candidate who’s a socialist or older than 75, according to an NBC/Wall Street Journal poll that said President Donald Trump’s approval rating ticked up in the past month.

Only 25 percent of respondents ranked “socialist” as a desirable trait for a candidate. Only 37 percent said “someone over 75” was desirable, according to the survey, released on Sunday.

The poll comes as Democrats line up for a chance to take on Mr. Trump in the 2020 presidential election. It suggests that 41 percent of voters would definitely or probably vote for Mr. Trump in 2020, against 48 percent who said they would vote for the Democratic candidate.

Among the perceived front-runners for the Democratic nomination are former Vice President Joe Biden, 76, and Sen. Bernie Sanders, I-Vt., 77. Trump is 72.

Heading toward the first 2020 nominating contests about a year from now, Democratic primary voters reported that they prefer a nominee who proposes policies that could bring major change over one suggesting less change by a 55 percent to 42 percent margin.

Republicans in the White House, Congress and in the media have made “socialism” a significant point of attack.

The NBC/WSJ poll of 900 adults was conducted Feb. 24-27 and had an overall margin of error of plus or minus 3.3 percentage points.