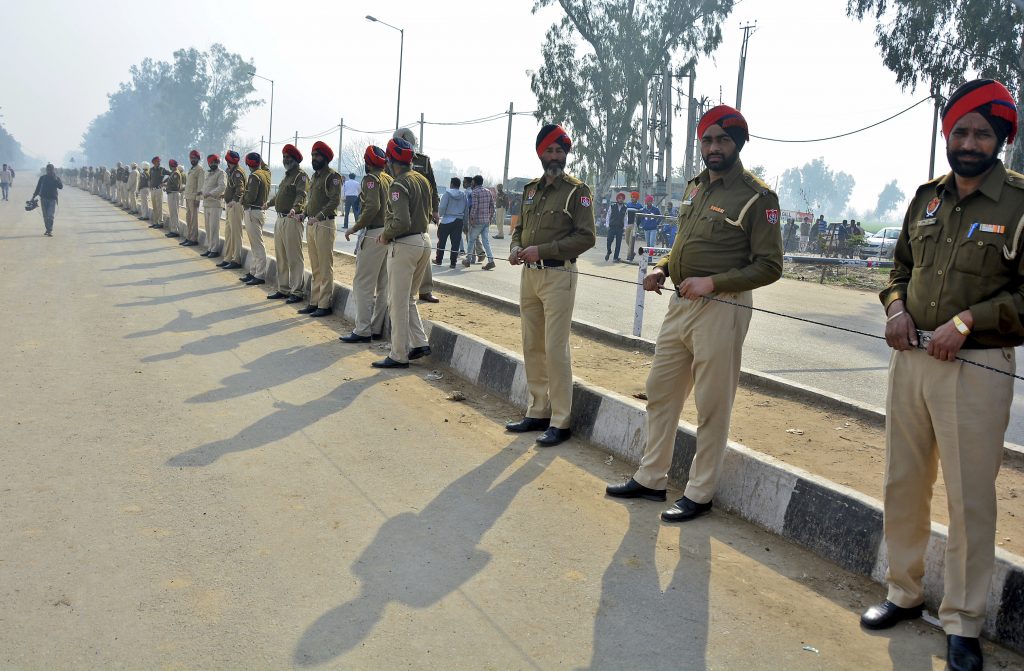 Pakistan prepared to hand over a captured Indian pilot on Friday while blistering cross-border attacks across the disputed Himalayan region of Kashmir continued for a fourth straight day, even as the two nuclear-armed neighbors seek to defuse their most serious confrontation in two decades.

Tens of thousands of Indian and Pakistani soldiers face off along the Kashmir boundary known as the Line of Control, in one of the world’s most volatile regions.

On the Indian side of Pakistan’s border crossing at Wagah, turbaned Indian policemen lined the road on Friday in expectations of the pilot’s handover. A group of cheering Indians waved their country’s national flag and held up a huge garland of flowers to welcome him back.

Tensions have been running high since Indian aircraft crossed into Pakistan on Tuesday carrying out what India called a preemptive strike against terrorists blamed for a Feb. 14 suicide bombing in Indian-controlled Kashmir that killed 40 Indian troops. Pakistan retaliated, shooting down two Indian aircraft Wednesday and capturing a pilot.

Since the escalation, world leaders have scrambled to head off an all-out war on the Asian subcontinent. President Donald trump in Hanoi on Thursday said he had been involved in seeking to de-escalate the conflict.

On Friday, Adel al-Jubeir, Saudi Arabia’s minister of state for foreign affairs, is expected in Islamabad with an urgent message from the kingdom’s powerful Crown Prince Mohammed bin Salman.

Pakistan Prime Minister Imran Khan told lawmakers on Thursday, “We are releasing the Indian pilot as a goodwill gesture tomorrow.”

But India made it clear that the latest escalation has changed its strategy and that going forward, it will strike, including inside Pakistan, if they get information of an attack in the planning. Indian Prime Minister Narendra Modi earlier Thursday warned “India’s enemies are conspiring to create instability in the country through terror attacks.”

Khan also said he had feared Wednesday night that India might launch a missile attack, but the situation was later defused. He did not elaborate.

“Pakistan wants peace, but it should not be treated as our weakness,” Khan said. “The region will prosper if there is peace and stability. It is good for both sides.”

Meanwhile, Pakistan’s air space remained closed to most air traffic, although some domestic flights were allowed on Thursday. The country’s civil aviation agency said authorities would announce Friday afternoon whether they are reopening or keeping the airspace closed.

Residents of the Pakistani border town of Chikhoti reported heavy shelling overnight Thursday and Friday morning. More than 200 people had fled to a military organized camp about 16 miles away from the border.

Police in the Indian-controlled Kashmir said one man was wounded and at least two civilian homes were damaged in the cross-border shelling.

Kashmir has been divided but is claimed in its entirety by both India and Pakistan since almost immediately after the two countries’ creation in 1947. They have fought three wars, two directly over the disputed region.

Authorities in Pakistani-controlled Kashmir closed all schools and educational institutions in the region and urged parents to keep their children at home amid mounting tensions.

Pakistan’s Foreign Ministry spokesman Mohammad Faisal acknowledged that his country received a “dossier” from India about the Feb. 14 suicide bombing. He refused to provide details about the information that New Delhi has shared.

Modi, in his first remarks since the pilot’s capture, gave a rallying speech ahead of elections in the coming months.

“Our defense forces are serving gallantly at the border,” he told tens of thousands gathered across the country Thursday to listen to him in a videoconference from New Delhi. “The country is facing challenging times and it will fight, live, work and win unitedly.”