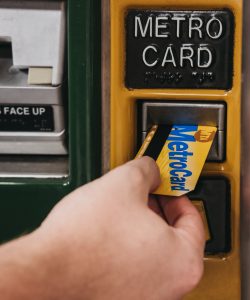 The Metropolitan Transportation Authority (MTA) Board voted Wednesday on a host of fare and toll hikes that the agency expects will raise an additional $336 million annually.

The base fare for subway and bus rides remains $2.75, but the 5-percent bonus for multi-fare MetroCards is eliminated. Single ride cards remain at $3.

Toll prices for cars with E-Z pass will increase by 6 percent at MTA bridges and tunnels. For drivers without E-Z Pass, tolls will rise by 11.8 percent.

The new tolls will take effect on March 31, and the new fares on April 21.

The agency on Sunday released data showing improved transit performance — weekday on-time performance in January 2019 was 76.7 percent, compared to 58.1 percent in January 2018 — but said it is “in a dire financial position, with an operating budget deficit of approximately $500 million as early as next year, growing to nearly $1 billion by 2022.”

MTA Acting Chair Fernando Ferrer said the hikes are “critically important to the MTA” but “not enough to allow us to fund our capital plan or close our operating deficit.”

“We’ve seen dramatically improved performance of our system recently and in order to keep that up we are making major internal reforms, seeking additional recurring revenues from our state and city partners, and urging the legislature to pass the governor’s congestion pricing proposal,” Ferrer said.