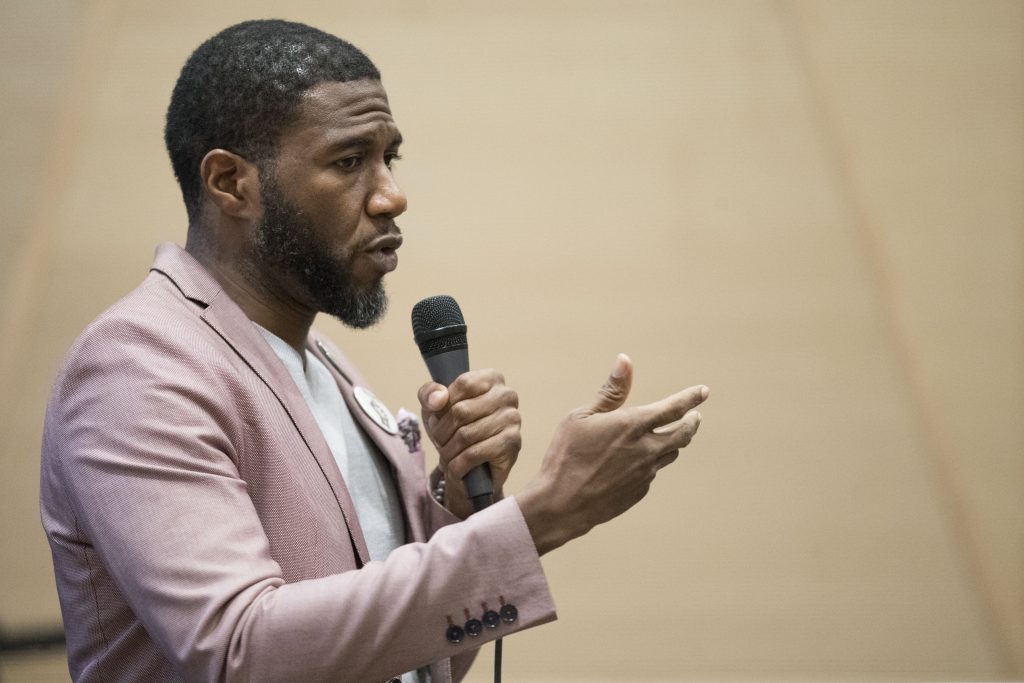 “I am honored to serve as your next public advocate, the people’s voice,” Williams told cheering supporters at his victory party.

The 42-year-old is a former tenant organizer who has served on the City Council since 2009.

Tuesday’s special election was officially nonpartisan, but almost all of the candidates were Democrats. City Council member Erich Ulrich, the only Republican elected official in the race, came in second.

Williams had been considered the front-runner after his strong showing in the race for lieutenant governor last year. Running on a ticket with Cynthia Nixon, Williams came within 7 percentage points of unseating incumbent Kathy Hochul in the Democratic primary.

Williams’ campaign was shaken over the weekend by reports of a decade-old arrest stemming from what he called a “verbal disagreement” with a female friend.

Williams was never prosecuted in the January 2009 incident and the arrest records were sealed.

Mark-Viverito and another female candidate, activist Nomiki Konst, held a joint news conference Monday to call attention to the arrest.

The public advocate functions as city ombudsman and can investigate citizen complaints about agencies and services but has no subpoena power. The office comes with a $165,000 salary, a $3 million budget.

The election attracted a crowded field of current and former elected officials, lawyers and activists, partly because the position can serve as a stepping stone to higher office.

The four people who have held the job since it was created in 1993 include James and New York City Mayor Bill de Blasio. Mark Green, the first public advocate, ran for mayor in 2001, but lost to Michael Bloomberg in 2001.

De Blasio said in a statement, “I join all New Yorkers in congratulating Jumaane Williams for being elected New York City’s Public Advocate,” adding that he looks forward to working with Williams.

Williams said in his victory speech, “To the mayor, I’m not running for your job!”

Green and de Blasio, both Democrats, both saw the job as a way to act as a watchdog on the city’s powerful Republican mayors, Bloomberg and Rudy Giuliani. James, also a Democrat, had a non-confrontational relationship with de Blasio, who was from the same party.

Williams has at times supported de Blasio but has criticized the mayor on issues such as oversight of the police department.

The son of Grenadian immigrants, Williams highlighted his Tourette Syndrome in his campaign, saying in an ad that “many dismissed me” after he was diagnosed with the neurological disorder that causes involuntary jerks and tics.

Williams won’t have long to rest on his laurels. He will have to compete again in a June primary and a November general election if he wants to serve as public advocate past the end of 2019.