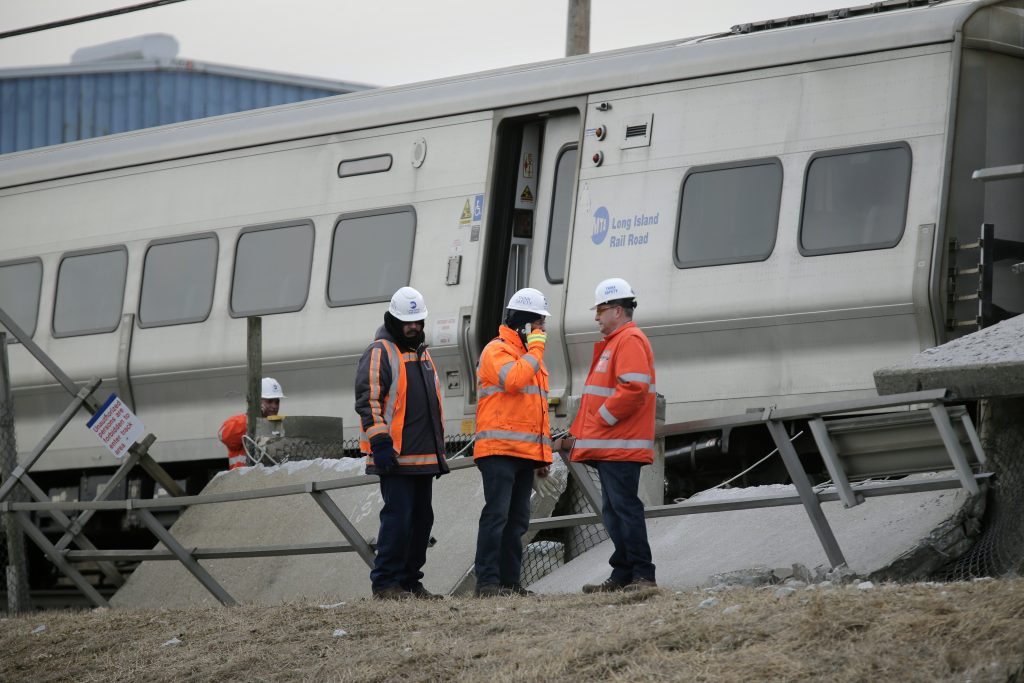 New York’s Long Island Rail Road predicts “heavy delays” all day on Wednesday following the deadly crash of two commuter trains into a car that had driven around lowered crossing gates and onto the tracks.

An eastbound train that had just pulled away from the Westbury station struck the car at 7:20 p.m. Tuesday, police said. The car was then struck again by a faster-moving westbound train. Three people in the car were killed and seven people on the westbound train suffered minor injuries.

Gov. Andrew Cuomo called for a “full investigation into the collision,” which also forced the evacuation of nearly 1,000 passengers and crew on the two trains.

The railroad said heavy delays are expected as its crews work on two derailed train cars and “significant” track damage, and assess damage to the station platform.

Tuesday night’s crash was the fifth incident at the crossing in 40 years, and the second involving a train hitting a vehicle, according to federal safety data. In the others, a person walking or standing on the tracks was hit by a train.

As part of the LIRR’s expansion and modernization project, the railroad’s “A Modern LI” website said it planned to eliminate that grade crossing, saying it “poses a safety risk to drivers, pedestrians and LIRR customers,” and replace it with a “two-way grade separated underpass.”

After a spike in deaths at railroad crossings in 2017, the U.S. Department of Transportation launched a public awareness campaign with the slogan “Stop! Trains Can’t.” The Federal Railroad Administration developed a crossing-finder app and persuaded technology companies to add grade-crossing warnings to GPS devices and mapping applications.