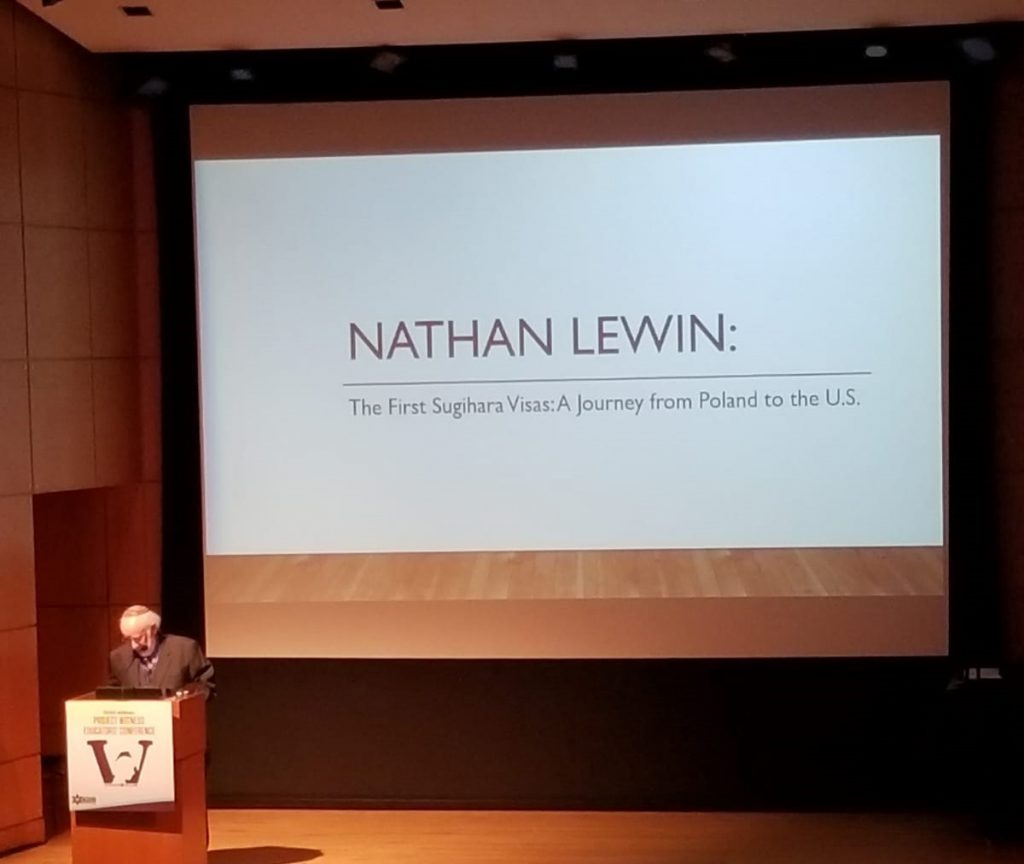 Last week’s annual Project Witness Educators’ Conference focused on the role of women in the Holocaust. It was not a feminist approach, nor was it the glorification or sentimentalization of women’s suffering during the worst period of persecution in Jewish history. Rather, it was a brutally honest portrayal of the particular challenges and deprivations women faced and the level of sacrifice and human dignity they demonstrated.

From the early years of anti-Jewish laws in Nazi Germany to the ghettos to the killing squads and death camps, women were tasked with increased responsibilities and forced into perilous predicaments. Speakers at the conference detailed the physical jobs women initially adopted while men were imprisoned or fled, the social and charitable networks they founded, and the dangers of the smuggling and resistance work they took on.

Women were charged with nurturing children under impossible conditions and, defying maternal anguish, enabling children to escape. In the ghetto, tales of mothers starving so that their children could eat for another day were not uncommon.

Understandably, not all women rose to the level of a heroine. But the resilience, resourcefulness and courage many women displayed are so immortalized that even the ashes of the crematoria could not expunge the lasting effects of their power of endurance.

In his speech, Dayan Harav Chaim Kohn spoke of Toras Imecha as representing the Jewish “identity” that women give over to their children, as opposed to the intellectual aspect of the Torah given over by men. And this Jewish identity, so reviled by anti-Semites, is the very thing that keeps the next generation of Jews alive.

It is sadly ironic that Project Witness chose the topic of women- and gender identity-related issues in the Holocaust at a time when American women have become some of the leading crusaders in anti-Semitic hate, hyper-focused on identity politics. Just days before the conference, Muslim Rep. Ilhan Omar tweeted her anti-Semitic charge against Jewish money linked to Jewish influence in an eerily reminiscent allusion to one of the Nazi’s propaganda favorites, The Protocols of the Elders of Zion.

Omar’s numerous statements against the “evil doings” of Israel and her outspoken support of BDS mirror that of another freshman Democrat, Muslim Congresswoman Rashida Tlaib. Tlaib’s anti-Semitic rhetoric and push for legal warfare against the Jewish state are not surprising, coming from a woman known for her long association with Jew haters and Holocaust deniers.

Perhaps the most conspicuous progressive line of the new female “axis of evil” is Rep. Alexandria Ocasio-Cortez. As part of the Democratic Socialists of America, which supports BDS, she called Israel’s defensive actions on the Gaza border “a massacre” and compared a migrant caravan to Jews fleeing the Holocaust. A week ago, after speaking with noted anti-Semite British Labor leader Jeremy Corbyn, Ocasio-Cortez gushed, “It was an honor to share such a lovely and wide-reaching conversation with you.”

Throw the Women’s March into the mix and you have a veritable smorgasbord of progressive female representation of anti-Semitism. Here in America, 75 years after the Holocaust.

Highlighting these disturbing trends among prominent women Jew-haters makes juxtaposition with the Jewish women of the Holocaust all the more glaring and all the more alarming. The inherent power of Jewish women, who uncovered superhuman strengths to cope with hatred, contrasts in the strongest way possible with the power of women who use hatred to strengthen themselves. Jewish victims nurtured others as they found means to resist, while these progressive women tear down others in an effort to “resist.”

Rather than sully the memory of Jewish victims, contrasting the two underscores the necessity for such endeavors as Project Witness. Remembering Jewish heroines of the Holocaust and learning of their acts of kindness and nobility under the most unimaginable circumstances emphasizes the paramount influence Jewish women have on any narrative they belong to. Not the empowering feminist narrative Western society attempts to promote today, but the empowering Jewish narrative driven by the identity that Jewish women impart from one generation to the next.

That Jewish identity needs to be tapped into and strengthened in an effort to confront the dangers that perpetually threaten the Jewish people. Anti-Semites might resort to gender politicking in an effort to better package their hate, but we Jews recognize the power of gender in combating it.