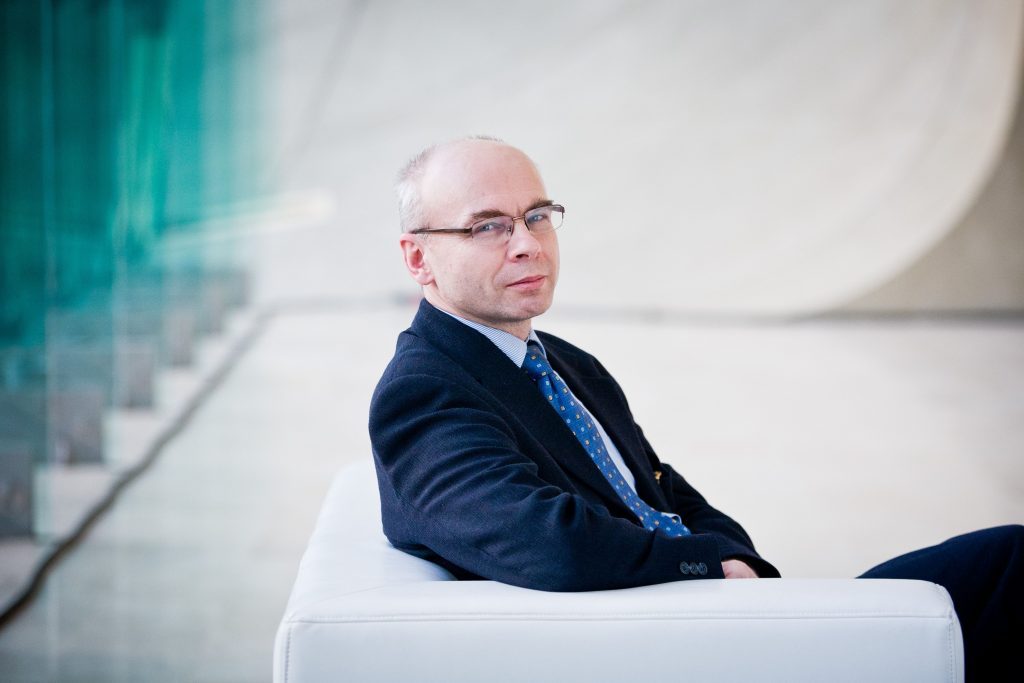 After a brief controversy that saw Poland’s Minister of Culture attempt to remove noted international scholar Professor Dariusz Stola from his position as director of the country’s museum of Jewish history, all parties involved have agreed to a process that will consider other candidates for the post, among them Professor Stola.

While widely popular among scholars and Jewish communal leaders, both in Poland and abroad, Prof. Stola has been at odds with certain policies and statements of the ruling Law and Justice (PiS) party, particularly regarding a law that many saw as discouraging research into Holocaust-era collaboration by Poles.

Since its opening in 2014, Warsaw’s POLIN Museum of the History of Polish Jews has been under Prof. Stola’s directorship. During that time it has attracted more than 600,000 visitors per year and has won international praise. As his five-year contract was due to expire this year, rumors began to circulate that Piotr Gliński, deputy prime minister and minister of Culture and National Heritage, planned to push for other candidates to be considered for the position.

Over the last few weeks, negotiations have taken place between the Culture Ministry and POLIN’s two other leadership partners, the government of the city of Warsaw and the Association of the Jewish Historical Institute of Poland, as to who should lead the museum for the next five years. Both Warsaw’s mayor, Rafał Trzaskowski, and the Historical Institute’s chairman, Piotr Wiślicki, have publicly called for Prof. Stola’s contract to be renewed.

Minister Gliński’s actions aroused suspicion, as he has been seen as having a hand in efforts to encourage scholars and cultural institutions to tell a story of Polish history, especially during the Nazi occupation, that stresses resistance and other heroic acts of Poles while glossing over the many negative acts committed during that period. In 2017 he drew sharp criticism in some circles for his role to control a newly opened World War II museum in Gdansk.

As talks went on, a grassroots petition gathered nearly 5,000 signatures calling for the professor’s contract to be renewed. Slawomir Grunberg, a Jewish-Polish filmmaker who lives in Yonkers, New York, started the petition over what he saw as purely “political” motives for the government’s push not to renew Prof. Stola’s contract.

“I basically started it because I was angry and stunned at the idea that Stola would not be re-appointed,” he told Hamodia. “He’s clearly the best person for the job, and the museum has flourished under him. There’s no good reason for him not to continue, other than a desire by some in the government to control cultural institutions to tell their version of history.”

A professor at the Institute of Political Studies at the Polish Academy of Sciences, Prof. Stola has authored 10 books and more than 100 articles on the history of Polish-Jewish relations, the communist regime in Poland, and on international migrations in the 20th century.

His initial appointment as director of POLIN was widely supported. However, after he criticized a controversial law that criminalized a broad swath of statements that the government identified as unfairly blaming the Polish nation for the atrocities of the Holocaust, many in the nationalist camp began to paint him as unpatriotic. Last summer the threat of jail time was struck from the law as part of an equally controversial joint statement, made together with the Israeli government.

Another act that placed Prof. Stola at the center of controversy was an exhibit that POLIN housed last year to mark the 50th anniversary of the “anti-Zionist” campaign of 1968. While members of PiS roundly criticized the anti-Semitic purge led by the then-ruling communist government, a section of the exhibition that drew parallels between the anti-Jewish rhetoric of that period and similar statements by some nationalist elements in modern-day Poland drew the ire of some in the government.

Last week, the three parties that control the museum announced an agreement by which other candidates will be allowed to apply for the directory, with Prof. Stola remaining a candidate. The process is likely to last several weeks, during which Zygmunt Stępiński, POLIN’s deputy director, will act as interim director. The future director will be selected by a jury of 15 members, five appointed by each of the three partners.

Prof. Stola himself expressed support for the plan in a statement that also announced his candidacy.

“An open competition with clear rules and a selection committee that all three parties agreed upon is the right way to go,” he said.

Poland’s Chief Rabbi, Michael Schudrich, said that despite a divergence of opinion over the matter, made more complicated by a war of words between Polish and Israeli officials last week, the process has been dealt with appropriately.

“There is a lot of tension and complicated background to the negotiations over who should be POLIN’s director, but fortunately, it is now being handled very professionally on all sides,” he told Hamodia.

“Professor Stola has done an excellent job and there are many people both in the Jewish community and scholarly world who look forward to him continuing,” he said. Additionally, Rabbi Schudrich noted that while negotiations over the post had been going on for weeks before Mr. Grunberg’s petition was circulated, it was a powerful expression of “grassroots action,” saying, “It’s positive for the government to hear not only from the insiders, but from ‘amcha.’”

Mr. Grunberg himself, while the final results of the process are still unknown, was glad his efforts had attracted such strong support, including the signatures of several prominent Polish-Jewish leaders and scholars.

“I’m an optimistic person,” he said. “I’ve made a lot of documentaries that showed how one person could change the world. I’m not saying that this is a story about me, but the right thing here would be for Stola to continue at the museum, and if my effort can help that, I’ll be very happy.”