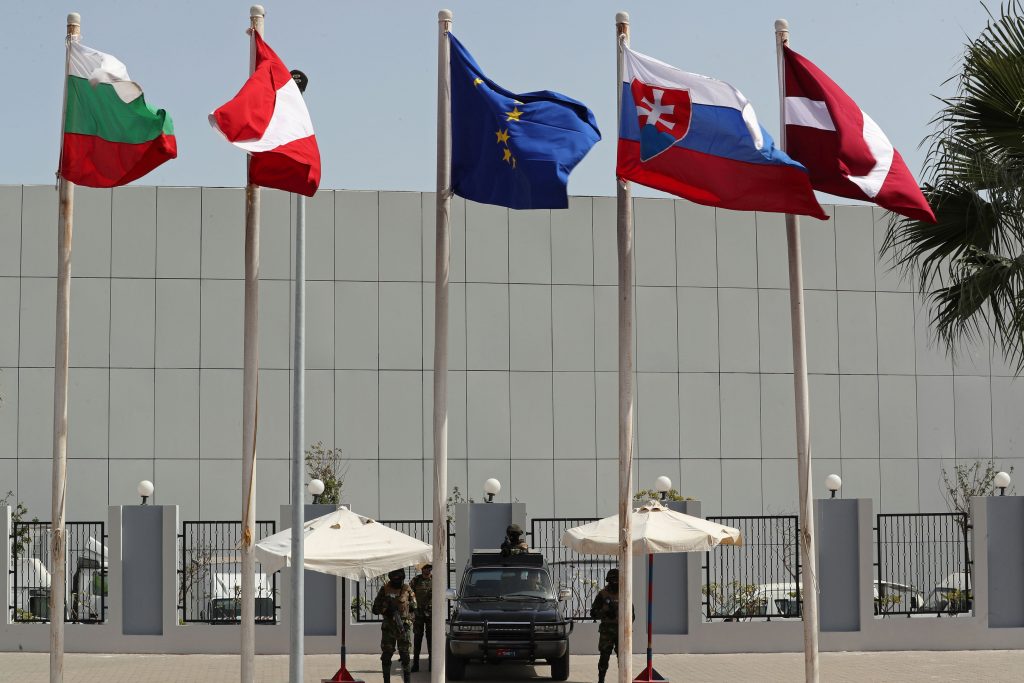 British Prime Minister Theresa May is under pressure to delay the country’s departure from the European Union, after she postponed a vote in Parliament on her Brexit deal with the bloc.

May is holding meetings with EU leaders including German Chancellor Angela Merkel on Monday at an EU-Arab League summit in the Egyptian Red Sea resort of Sharm El-Sheikh, as she seeks elusive changes to the U.K.-EU divorce agreement.

Britain’s Parliament has rejected the deal once, and May has just over a month to get it approved by lawmakers before Britain’s scheduled departure day of March 29. May says a new vote won’t be held this week and could come as late as March 12.

A group of lawmakers will try this week to force the government to delay Brexit.