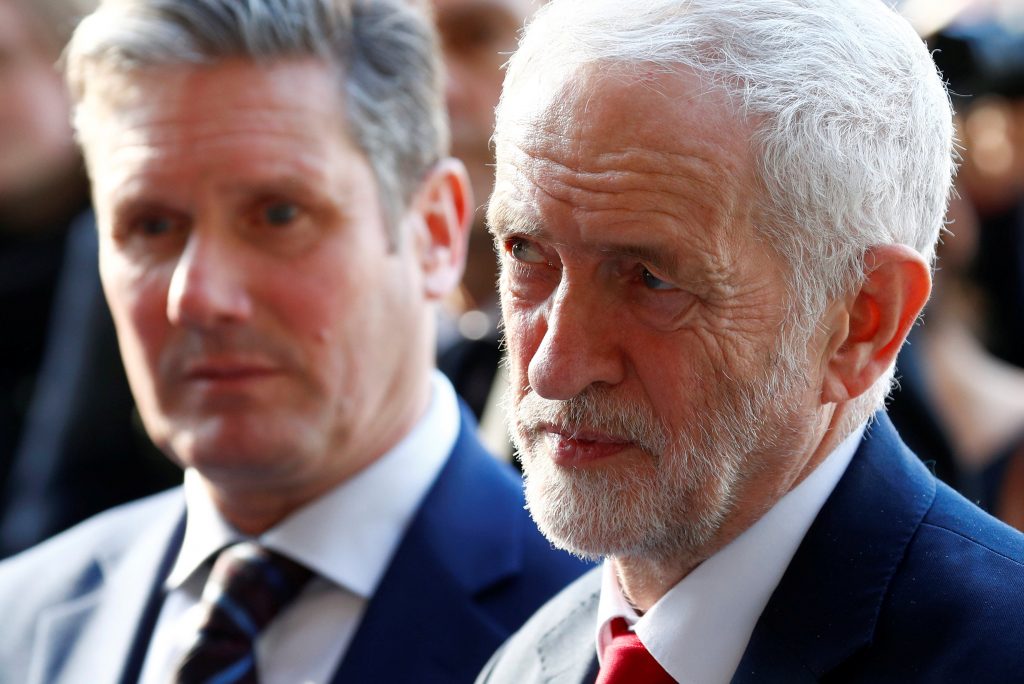 British opposition leader Jeremy Corbyn said on Thursday Prime Minister Theresa May must change her strategy and seek a close alliance with the European Union after Brexit to avert the dangerous prospect of an abrupt split.

Speaking in Brussels after meeting the EU’s chief Brexit negotiator Michel Barnier, the Labour Party leader told reporters: “The danger of a no-deal exit from the EU for Britain is a very present one.”

“We put forward what we believe to be a credible process which would be to negotiate a customs union with the EU and alignment to ensure market access.”

British lawmakers could be given a vote on a revised Brexit deal as soon as next week, Britain’s finance minister Philip Hammond said earlier on Thursday.

Diplomats said negotiators were moving towards a separate legal statement, in which the EU would again stress the temporary nature of the “backstop” insurance policy for the Irish border, the sticking point in the talks.

“The problem is that the prime minister is insisting on her deal, which has already been defeated very heavily in the parliament and running down the clock by trying to keep the threat of no-deal on the table,” Corbyn said.

He said he would repeat previous attempts to seek parliamentary approval for a course of action which kept alive all options – including a second referendum on leaving the EU.