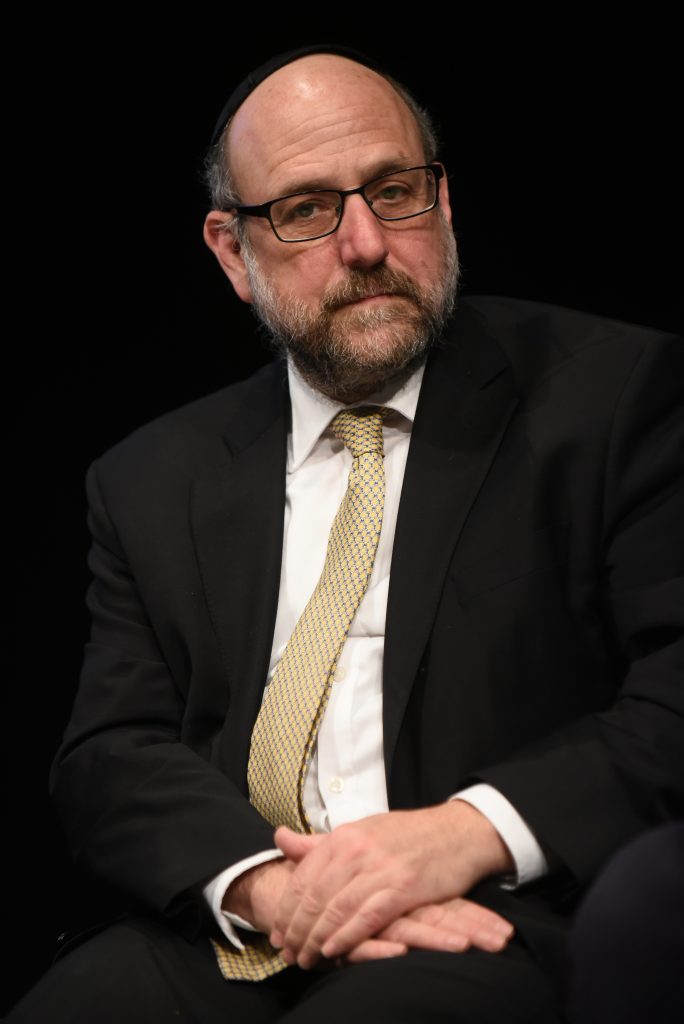 As the latest row between Israeli and Polish politicians over references to Poland’s complicity in the Holocaust unraveled, leaders of Poland’s Jewish community penned an open letter criticizing Israel’s acting foreign minister’s repeating a statement that Poles “imbibed anti-Semitism with their mothers’ milk.”

A day after its release, Poland’s Chief Rabbi Michael Schudrich, who signed the letter together with the head of the country’s Union of Jewish Communities, Monica Krawczyw, told Hamodia that he felt compelled to “clarify what the community thinks about the statements being made.”

“Most Jews around the world don’t realize that it’s painful for Poles, including Jews who live here, to hear a statement that basically says all Poles are anti-Semites,” he said. “It’s upsetting, unfair, and untrue.”

The letter was issued on Monday, after Poland announced it was withdrawing from a conference with the Israeli government in light of the remarks.

“The words of PM Isaac Shamir cited by minister Israel Katz were unjust already when they were first said, in 1989, when Polish-Israeli relations were just beginning to be rebuilt, after the long night of communism. They are even more unjust today, 30 years later, when so much has been done on both sides for a mutual understanding of our very difficult, but shared history,” read the letter in part.

The controversy over Minister Katz’s words followed an earlier contentious exchange based on a misquote of a statement made by Prime Minister Binyamin Netanyahu, implicating all Poles as collaborators in the Holocaust.

Rabbi Schudrich said that, despite being citizens of Poland, in the eyes of “almost all Poles and Eastern Europeans in general … there is a limited distinction between Jews and Israel.” Even so, he said, the local community had not suffered from the recent scuffle, but he saw it as necessary to speak out against distortions of history.

“To say that no Pole collaborated is obviously not true or fair either, and we are not looking to criticize Israel, but when someone says something blatantly untrue, we cannot stand by,” said Rabbi Schudrich. “We have not seen any signs of anti-Semitism as a result of all this, but no one should misuse truth for their own gain, and to hear what has been said is painful.”

This is only the most recent in a series of similar altercations between the two countries over Poland’s role in the Holocaust. Rabbi Schudrich said that both hypersensitivity on the part of the Polish government to the role of many Poles in Nazi genocide and carelessness of Israeli leaders are to blame for this and other flare-ups, which will not cease until greater mutual understanding is achieved.

“As in all relationships, it’s important to try to understand the other side. In this case, Israelis need to realize that it’s painful for Poles to hear blanket statements that they were complicit in the Holocaust, and Poles should realize that any attempt to diminish the role of many of their countrymen in the Holocaust is very painful to Jews.”