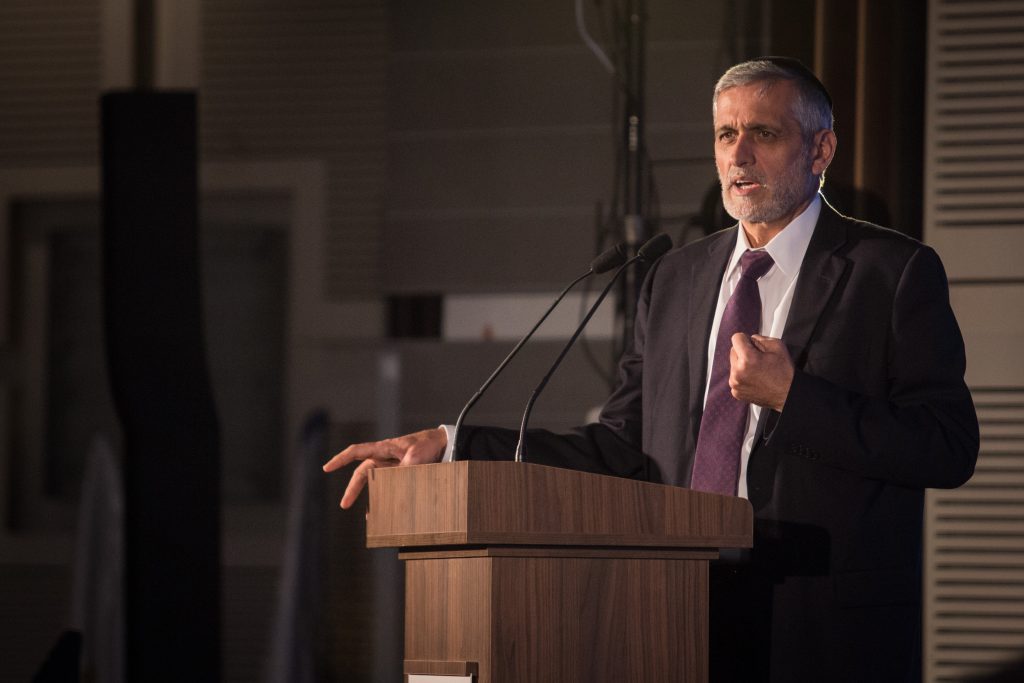 In a remarkable maneuver indicating how much importance Prime Minister Binyamin Netanyahu places on uniting the small right-wing parties in the election campaign, he reportedly offered former Shas leader Eli Yishai a cabinet post if he would join the Jewish Home-National Union ticket.

The proposal calls for Yishai to take a high place on the Jewish Home list that would secure his return to the Knesset if it passes the electoral threshold, on the understanding that he would then yield his seat to another Jewish Home candidate when he moves to the ministry.

“As I have done my whole life, I do not move one step without asking the advice of my Rabbis,” Yishai said.

Meanwhile on Tuesday, negotiations to merge Jewish Home and Otzma Yehudit came to naught, according to the Times of Israel.

Negotiators were said to have stalemated on the assignment of positions on the combined electoral list. Otzma Yehudit was offered the 5th and 8th spots, but held out for either the 4th and 8th slots or 5th and 7th.

Ideological differences are keeping them apart, according to the Post, which reported that Jewish Home leader Rabbi Rafi Peretz and National Union chairman MK Betzalel Smotrich refuse to meet with Netanyahu to discuss such a merger. Their objections stem from the extremist background of the party, led by disciples of Rabbi Meir Kahane, z”l.

A Likud spokesman said that Netanyahu is working to bring them together “to save the right-wing bloc and prevent votes from being lost. Contrary to the spin, Likud will not attack this union in any way during the election; it will do the opposite.”

Meretz blasted Netanyahu on Tuesday, releasing a statement that “when the Right was ideological and not crazy, [former prime minister and Likud leader] Yitzhak Shamir would leave the Knesset when Kahane representatives would speak. Today Netanyahu is doing the opposite by working with all his might to bring the Kahanist list into the Knesset.”

Shomron Regional Council head Yossi Dagan said that the gaps between the two sides are actually small and urged them to put aside their differences for the good of the country.

“This is the hour for unity,” Dagan said. “It is inconceivable that [this will be prevented] due to considerations of ego. I am certain that my colleagues in all the right-wing parties will agree with me [that if they do not unite], in three months time we will find ourselves with a left-wing government agreeing to Oslo-2.”

“I call on the parties to unite, to reach understandings. The gaps are small, and they can be overcome,” Dagan added.