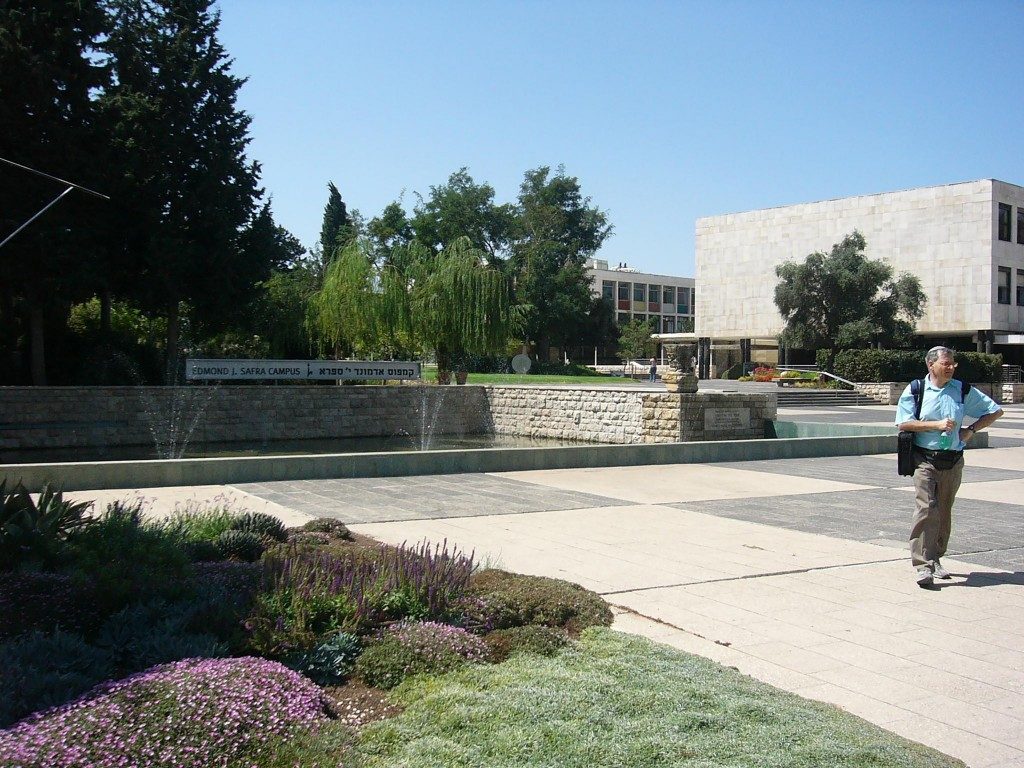 Israel doesn’t need enemies abroad seeking to undermine its legitimacy. It has plenty at home, in the media and academe, who stop at nothing in their efforts to besmirch the country in general and the IDF in particular.

The latest examples include an outrageous lecture delivered at Columbia University in New York last Tuesday by a Hebrew University professor and a statement by a news anchor that the “occupation” had turned Israeli soldiers into “animals.”

The professor in question, Nadera Shalhoub-Kevorkian, is the Lawrence D. Biele Chair in Law at the Faculty of Law-Institute of Criminology and the School of Social Work and Public Welfare at Hebrew University. In her talk to dozens of Columbia students and lecturers, she claimed that the IDF was carrying out weapons tests on Palestinian children.

“They [the IDF] check for which bombs to use, gas bombs or stink bombs,” she said in a recording that was aired Sunday morning by Army Radio. “Whether to put plastic sacks or cloth sacks. To beat us with their rifles or to kick us with boots.”

Her conclusions were based on “research” she had conducted under the auspices of the university, she said.

This wasn’t the professor’s first sojourn abroad to spread outrageous lies about Israel. In January she was in Amsterdam to deliver a lecture entitled “Technologies of Violence at the Damascus Gate.”

She presented letters written by children from eastern Yerushalayim on the impact of Israel’s security policy against Palestinians.

Through these letters she revealed how “surveying, imprisoning, torturing and killing can be used as a laboratory for states, arms companies and security agencies to market their technologies as ‘combat proven,’” according to an event description for the conference.

She added that “the marking of children’s bodies and lives casts them as disposable others, whose bodies are used to transfer knowledge and to market technologies of violence.”

Not surprisingly, Shaloub-Kevorkian’s employer, Hebrew University, failed to condemn her for spreading blood libels. Instead, it made do with a pareve statement that the professor’s views “do not represent or express in any way the Hebrew University…, these are her personal opinions which express only herself.”

As regards the lecture in Amsterdam, the university likewise withheld judgment, noting that she had “accepted an invitation to speak at the conference on her own time and on her own dime.”

In the name of academic freedom, Hebrew University sets no limits on Israel-bashing, which takes many forms. Recently, a lecturer in the General and Comparative Literature Department berated a student on military reserve duty for coming to class in uniform.

In June 2017, Dr. Ofer Cassif compared some Israeli legislation to that of the Third Reich in Nazi Germany, adding that the comparison is a matter of fact, not opinion.

And of course there is the renowned Prof. (emeritus) Moshe Zimmerman, former head of the university’s Richard Koebner Minerva Center for German History, who told an interviewer that “there is a whole sector of Israeli society, that without hesitation I would call a copy of the Nazis… Look at the children of Hebron: They are exactly like Hitler Youth.”

He also compared “the motivation and conditions of service in some of the IDF’s elite units and that of the Waffen SS.”

These statements don’t provoke a media outcry, partly because they reflect the views of many in the mainstream media. During the weekend, journalist Oshrat Kotler, reporting on a case involving soldiers charged with abusing Palestinian detainees, commented: “We send the kids to the army, to the territories, and we get ‘animals.’ This is the result of the ‘occupation.’”

Incredibly, Kotler reserves the terms “animals” not for the terrorists who murder women and children, but for Israeli soldiers who risk their lives to protect the public.

If Israel is helpless to halt the lies and slander of its own professors, whose salaries are paid by the taxpayer, or of media personalities, what right does it have to demand that foreign governments take action against their academics and journalists?

It is, however, freedom to express opinions that are out of step with political correctness. When a Rav speaks out against men and women serving in mixed combat units or against immoral lifestyles, the liberal media should come to his defense, even if they can’t appreciate the depth and wisdom of Torah rulings.

Instead they forget all about freedom of speech and add their hysterical voices to calls for punitive action.

The time has come to put university heads on notice that while their professors don’t have to be big supporters of Israel, the country that pays their hefty salaries will no longer put up with lies and libel that harm its image at home and abroad.