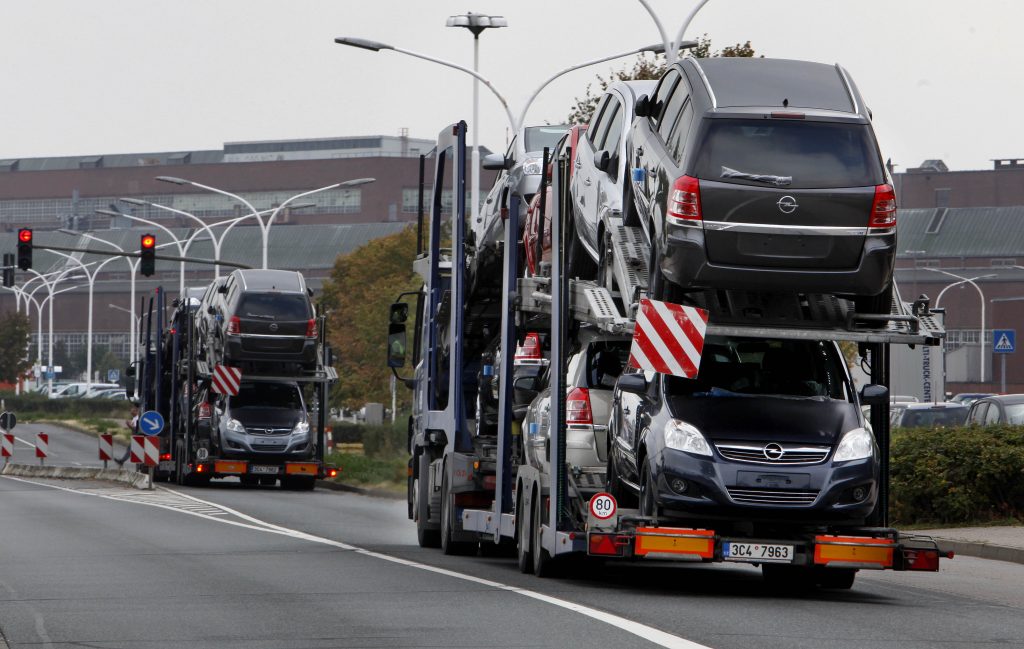 The U.S. Commerce Department sent a report on Sunday to U.S. President Donald Trump that could unleash steep tariffs on imported cars and auto parts, provoking a sharp backlash from the industry even before it is unveiled, the agency confirmed.

Late on Sunday, a department spokeswoman said it would not disclose any details of the “Section 232” national security report submitted to President Trump by Commerce Secretary Wilbur Ross. The disclosure of the submission came less than two hours before the end of a 270-day deadline.

Trump has 90 days to decide whether to act upon the recommendations, which auto industry officials expect to include at least some tariffs on fully assembled vehicles or on technologies and components related to electric, automated, connected and shared vehicles.

As the White House received the report, the industry unleashed what is expected to be a massive lobbying campaign against it.

The industry has warned that feared tariffs of up to 25 percent on millions of imported cars and parts would add thousands of dollars to vehicle costs and potentially lead to hundreds of thousands of job losses throughout the U.S. economy.

The Motor and Equipment Manufacturers Association, which represents auto parts suppliers, warned that tariffs will shrink investment in the United States at a time when the auto industry is already reeling from declining sales, Trump’s tariffs on steel and aluminum, and tariffs on auto parts from China.

“These tariffs, if applied, could move the development and implementation of new automotive technologies offshore, leaving America behind,” it said in a statement. “Not a single company in the domestic auto industry requested this investigation.”

The Commerce Department started its investigation in May 2018 at President Trump’s request. Known as a Section 232 investigation, its purpose was to determine the effects of imports on national security and it had to be completed by Sunday.

Automakers and parts suppliers are anticipating its recommendation options will include broad tariffs of up to 20 percent to 25 percent on assembled cars and parts, or narrower tariffs targeting components and technologies related to new energy cars, autonomous, internet-connected and shared vehicles.

The Commerce Department alluded to a focus on emerging vehicle technologies when it opened the investigation.

Administration officials have said tariff threats on autos are a way to win concessions from Japan and the EU. Last year, Trump agreed not to impose tariffs as long as talks with the two trading partners were proceeding in a productive manner.

“I love tariffs, but I also love them to negotiate,” he said.

A report from the Center for Automotive Research in Ann Arbor, Michigan, published on Friday showed its worst-case scenario of a tariff of 25 percent would cost 366,900 U.S. jobs in the auto and related industries.

Major automaker groups said last year the cumulative effect for the United States would be an $83 billion annual price increase and argued there was no evidence auto imports posed a national security risk.

Canada and Mexico each won duty-free access to 2.6 million vehicles as part of a new North American free trade deal even if the administration moves ahead with the tariffs.