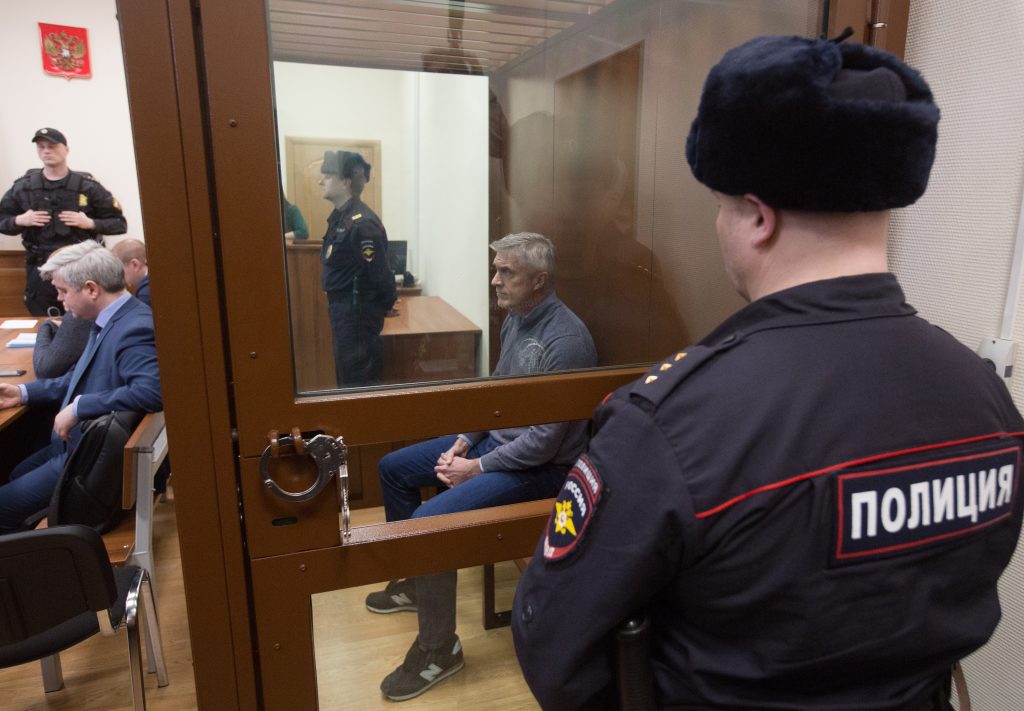 A Russian court ruled that Michael Calvey, the founder of private-equity firm Baring Vostok Capital Partners and one of the country’s longest-standing American investors, should be held in custody for nearly two months in an embezzlement case.

Calvey will be held through April 13, the judge said. Calvey’s lawyer said the investor maintains his innocence and will appeal.

Calvey and three other Baring Vostok employees are being detained in a case revolving around Russian retail lender Vostochny Express Bank, where the American is board chairman and his fund a majority owner. A dispute had emerged between Calvey’s team and Vostochny shareholder Artem Avetisyan, who has ties to Russia’s security services, over control of the bank and its board. Avetisyan didn’t reply to requests for comment on Friday.

The case raises questions about Russia’s adherence to the rule of law, and should trigger demands for reform, the head of the American Chamber of Commerce in Russia said earlier on Saturday.

“The abuse of the criminal code and the prosecutor’s office to resolve commercial disputes is extremely damaging to Russia’s investment climate,” the chamber’s Alexis Rodzianko said in a message.

The charges relate to the embezzlement of more than $38 million (2.5 billion rubles), Interfax reported. The criminal case was opened Feb. 13 following a complaint from a minority shareholder in Vostochny, according to the news service.

Calvey previously worked at Salomon Brothers and helped start Baring Vostok in 1994 as a joint venture between Baring Asset Management and Sovlink, a Russian-American merchant bank. Baring Vostok is known for early investments in online and tech businesses in Russia and for earning 500-fold returns on its investment in Yandex NV, Russia’s largest search engine.

“Baring Vostok believes that the detention of its employees and the charges that have been brought are a result of a conflict with shareholders of Vostochny Bank,” the firm said in a statement on Friday. “We have full confidence in the legality of our employees’ actions and will vigorously defend their rights.”