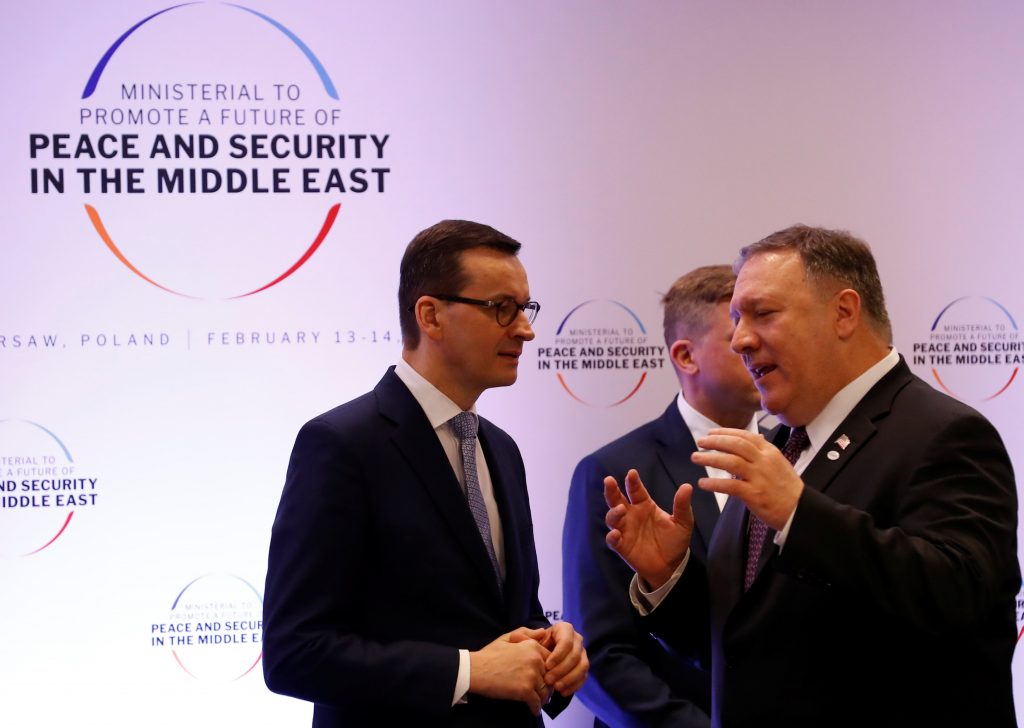 U.S. Secretary of State Mike Pompeo met with the European Union’s top diplomat in Brussels Friday following a scathing attack from the Trump administration on the bloc and several of its main members over their approach to Iran.

Pompeo held what was expected to be a tense working breakfast with EU foreign policy chief Federica Mogherini just a day after Vice President Mike Pence accused Britain, France, Germany and the European Union as a whole for trying to evade U.S. sanctions on Iran. Pence also called on the EU to join the Trump administration in withdrawing from the landmark 2015 nuclear deal with Iran.

Pence launched the offensive on Thursday at a Middle East conference in Poland that underscored a stark two-year trans-Atlantic divide over Iran. Mogherini did not attend the conference and France and Germany did not send Cabinet-level officials to the meeting.

Mogherini smiled, shook her head and waved away a question about Pence’s speech as she sat down with Pompeo and aides at EU headquarters. Neither spoke to reporters.

Pence’s harsh criticism threatened to further chill U.S.-European ties that are already badly strained on many issues, including trade and defense spending.

Britain, France and Germany, along with the rest of the EU, continue to support the nuclear deal as the best way to prevent Iran from developing atomic weapons.