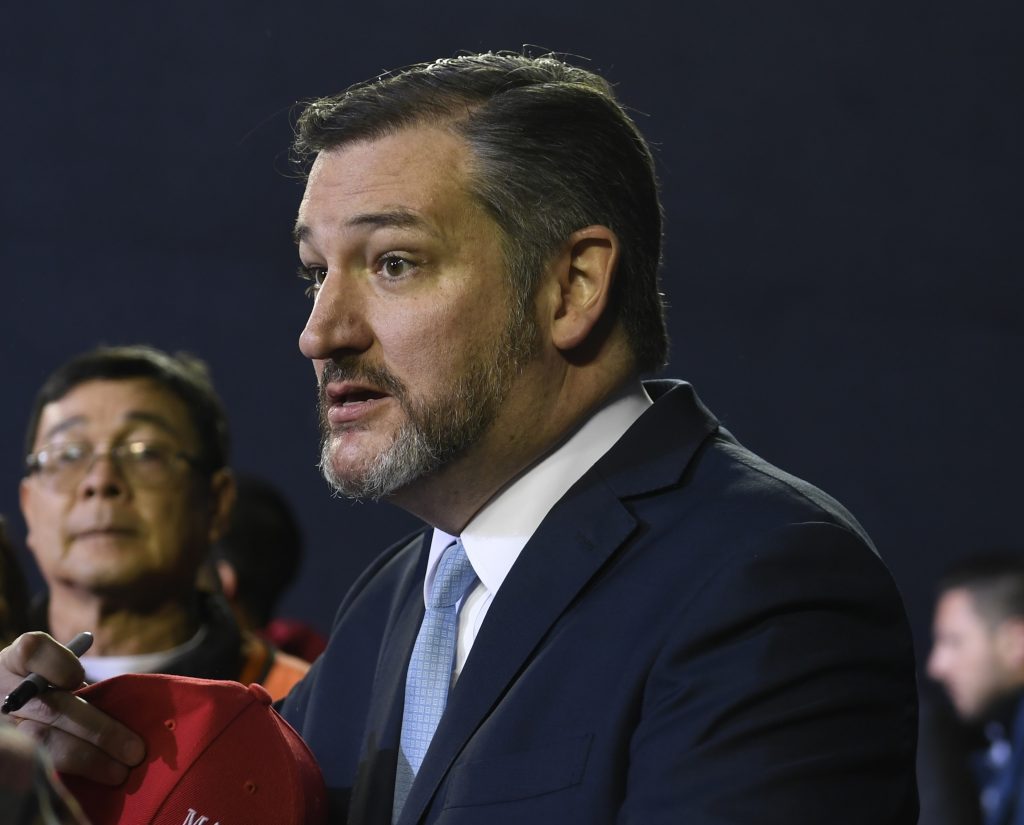 Sen. Ted Cruz’s proposed EL CHAPO Act may be President Trump’s solution for funding his wall on the southern border.

If passed, the out-of-the-box bill would seize any money forfeited in the criminal prosecution of Sinaloa cartel drug lord Joaquín “El Chapo” Guzmán and reserve it for securing the border, including construction of the wall along the U.S.–Mexico border.

“Fourteen billion dollars will go a long way to secure our southern border, and hinder the illegal flow of drugs, weapons and individuals,” Cruz said in a January news release. “By leveraging any criminally forfeited assets of El Chapo and other murderous drug lords, we can offset the cost of securing our border and make meaningful progress toward delivering on the promises made to the American people.”

Critics of Cruz’s bill have argued that the money seizures would not cover all of the construction costs for a border wall.

Trump called it an “interesting” idea on Wednesday.

“Anything Ted does is interesting. So that’s certainly an interesting one,” he said to reporters when asked about Cruz’s proposal.

After a 12-week trial, a jury on Tuesday convicted Guzmán of leading a drug trafficking enterprise. Guzmán, who faces mandatory life in prison, will be sentenced June 25.

Federal prosecutors also announced they will seek a forfeiture money judgment for the billions of dollars Guzmán reaped from illegal drug-trafficking proceeds. They have not yet released an exact amount, though they have estimated Guzmán earned $14 billion as the cartel leader, the New York Times reported.

Under a legal tool called forfeiture, the government can permanently take a person’s property if law enforcement suspects it is connected to a crime. In criminal cases, forfeiture occurs after a conviction, ordered by a judge as part of a sentence. In civil forfeiture, even if the rightful owner is not charged with any crime, the person stands to lose the property permanently.

On Tuesday, Cruz commended the conviction of Guzmán and reiterated the $14 billion in drug profits should be redirected toward funding the wall.

White House press secretary Sarah Sanders also applauded Guzmán’s conviction. “El Chapo’s reign of terror is over,” she tweeted. ” … The threat from violent drug cartels is real — we must secure our border.”

The promise of a border wall has been a constant throughout Trump’s campaign and presidency.

In January, as the partial government shutdown entered a third week, Trump demanded $5.7 billion to build the barrier, several billion dollars less than his initial price tag for the project.

With a second shutdown looming, Trump is considering whether to sign a spending agreement from Congress.

The Washington Post reported that, as of Wednesday, the bipartisan agreement “includes $1.375 billion for 55 miles of new fences along the border, short of the $5.7 billion Trump had sought for 234 miles of steel walls.”