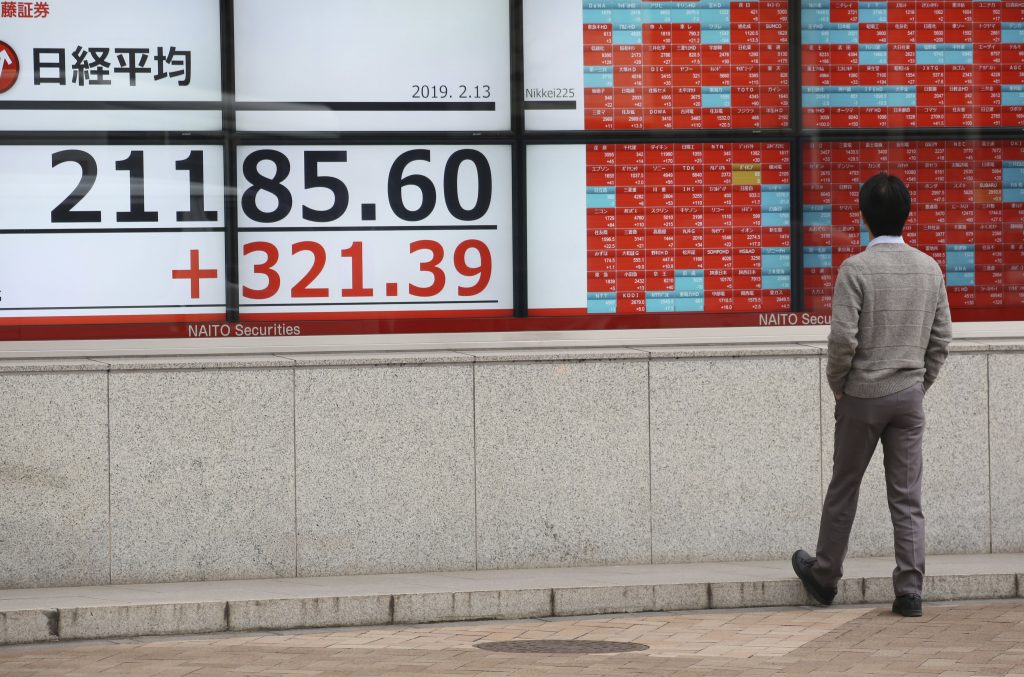 Investors hungry for progress on a U.S.-China trade war seized on President Donald Trump’s comment that he could let a March 1 deadline for a trade agreement with China “slide,” taking this as a cue to buy stocks and sell bonds on Wednesday.

As U.S. Treasury Secretary Steven Mnuchin and Trade Representative Robert Lighthizer prepared for talks in Beijing on Thursday and Friday to hammer out a trade deal, markets cheered the signal that there could be an extension to a tariff truce.

European shares followed Asia’s lead to rise across the board with the trade-sensitive German index jumping 0.8 percent and the pan-European STOXX 600 up 0.5 percent.

Chemicals, car makers, and luxury goods saw the biggest gains as investors snatched stocks whose valuations have been hit by trade tariffs and a slowdown in China.

China’s blue-chip CSI 300 rose around 2 percent to a four-month high overnight, with IT shares leading gains.

Trump said on Tuesday that he could see letting the March 1 deadline for reaching a trade agreement with China “slide for a little while” if the two sides were close to a complete deal.

He added he is “not inclined” to delay raising tariffs.

Officials in Washington and Beijing had expressed hopes that a round of talks this week would bring them nearer to easing their seven-month trade war.

“There’s still a level of uncertainty there but at least the rhetoric does not show he is digging his heels in, so the market has quite rightly taken it as a positive,” said Justin Onuekwusi, fund manager at Legal & General Investment Management.

“But of course the key thing is he can change his mind.”

Investors remained concerned about underlying trends of slowing economic growth and weaker earnings. Analysts have slashed their 2019 earnings growth estimates for developed stocks from around 10 percent to 5 percent.

In Europe, Spanish five-year bond yields hit a two-week high in early deals ahead of a possible snap election call.

“Mester’s comments follow on quite clearly from what Powell said at the recent press conference, which was already quite a dovish shift which the market wasn’t expecting,” said Mohammed Kazmi, portfolio manager at UBP in Geneva.

“Everyone wants to catch this rally because they know at some point it will fade, there will have to be some sort of adjustment later this year because this is pretty much as dovish as [the Fed] can get without moving to a rate cut which would only come in a recession scenario,” he added.

The U.S. dollar was on the defensive: Its index against six major currencies inched up 0.1 percent to 96.836.

Emerging market stocks, which were hurt last year by a strong dollar, climbed 0.4 percent. BAML on Tuesday said investors saw emerging markets as the “most crowded” trade, for the first time ever.

Talk of slipping deadlines was rife not only in the trade war arena but also in Brexit.

Sterling inched up 0.1 percent against the dollar as investors awaited a Brexit debate in Parliament later in the day, during which some previous amendments on a Brexit extension would be discussed once again.

London copper prices eyed their first session of gains in five as hopes of a trade deal soothed concerns over the economy in China, the world’s biggest metals consumer.