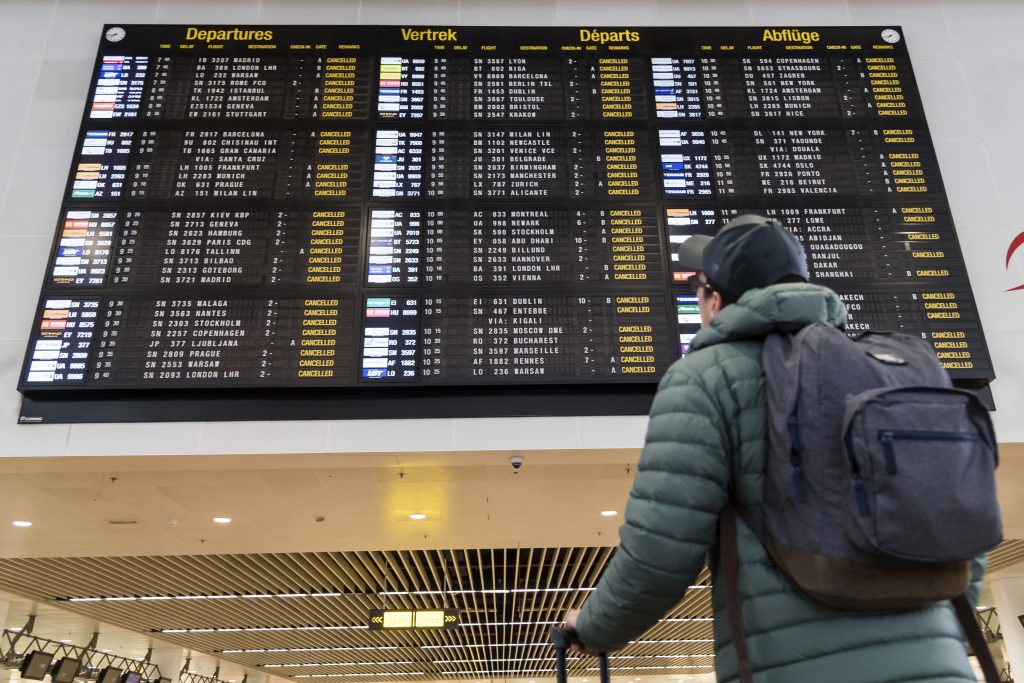 Belgian airports canceled almost all flights on Wednesday due to a national strike over pay and working conditions that halted activity at ports, hit public transport and led to blockades outside factories.

Belgian air traffic control body Skeyes shut Belgian airspace for 24 hours from 10 p.m. on Tuesday because it could not guarantee enough staff would turn up.

Brussels Airport, the country’s busiest hub, said it had planned to handle 591 passenger and cargo departures and arrivals and that the strike would hit some 60,000 travelers.

Just one passenger flight, to Moscow, would depart late on Wednesday, with a few late arrivals and some cargo flights.

National rail operator SNCB said about half of its train services were running. High-speed Thalys, running to Amsterdam and Paris, said it should be running normal services, though catering might not be available on all trains. Some Eurostar trains to London were canceled due to maintenance.

Dock workers were not loading or unloading ships in the port of Antwerp. Blockades stopped work at factories across the country.

Brussels’s metro, tram and bus operator ran just a handful of lines. The situation was the same in the rest of the country.

Unions are calling for wage increases, an improved work-life balance and better pensions in talks with employers. Some see the strike as political action against the center-right federal government ahead of a parliamentary election.

Belgian Prime Minister Charles Michel said talks needed to resume by Thursday and added that companies had created 219,000 jobs in the past four years thanks to the government’s policies.

Belgium’s Central Council of the Economy, composed of worker, employer and consumer representatives, has advised that the maximum pay hike for 2019 and 2020 should be 0.8 percent. Michel’s office said that, including wage indexation, this meant an effective pay increase of up to 4.6 percent.