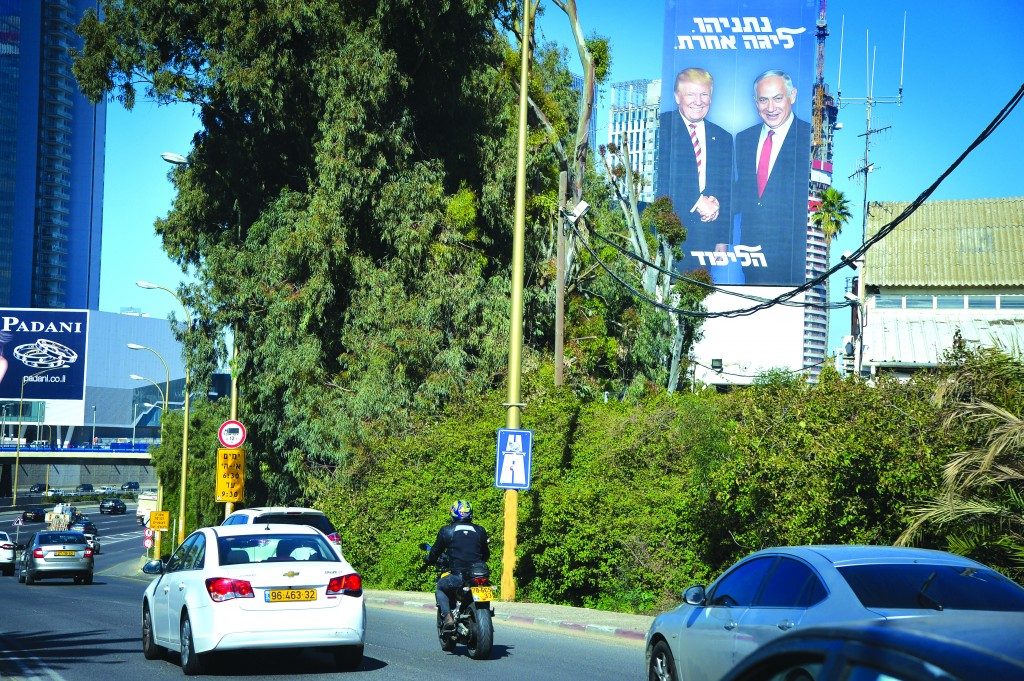 Betrayal is a very harsh term to use in any context. How much more so when it is used to describe the treatment of a government towards its own bona-fide agent.

Yet, betrayal describes precisely the way the government of Israel has treated Jonathan Pollard for the past 33 years.

It is time for that betrayal to end.

As readers of these pages are no doubt aware, Pollard was a civilian American naval intelligence analyst who, in the mid-1980s, passed classified information to Israel. The information wasn’t about America; it was information about Israel’s sworn enemies that America was supposed to — but didn’t want to — share with Israel.

Motivated by a genuine concern for the safety of the Jews in Eretz Yisrael, Pollard gave over crucial material relating to grave threats against Israel — information that helped save Jewish lives. Subsequently declassified documents show that while Pollard’s activities may have ruffled some Arab feathers in the Middle East, there was no material impact on U.S. national security.

(Though he acted out of a well-placed concern for the safety of his brethren, on numerous occasions Pollard has expressed his sincere regret for breaking the law and not finding a legal way to help Israel.)

In 1985, his actions were discovered by the U.S. government. The Israeli government first used him to hold off the FBI while it evacuated all the rest of the team to Israel.

Yet when he followed his instructions to seek refuge in the Israeli embassy in Washington, he and his former wife were at first received and then summarily thrown out — into the waiting arms of the FBI.

The Israeli government then proceeded to hand over all the documents that they received from Pollard — with his fingerprints still on them. At the request of both the U.S. and Israeli governments, he entered into a plea agreement, which spared both governments a long, difficult, expensive and potentially embarrassing trial.

The median sentence for the crime he committed — passing classified information to an ally — was 2 to 4 years.

Pollard honored his side of the agreement, but in an astonishing travesty of justice, the U.S. government proceeded to break its promise not to seek a life sentence. Based on a last-minute affidavit by then-Defense Secretary Caspar Weinberger, the Judge sentenced him to life in prison. According to Professor Lawrence J. Korb, who served as Assistant Secretary of Defense at the time, Weinberger was motivated by “an almost visceral dislike of Israel and the special place it occupies in our foreign policy.”

There are ample indications that the reason Pollard was treated so differently than the others who gave classified information to an ally was not because of what he did, but because of who he was — an American Jew — and because the country he was helping was Israel.

Yet from the very beginning of this terrible saga, the Israeli government not only abandoned Pollard, but actually betrayed him.

His first lawyer, Richard Hibey, was a Lebanese-American hired by the Israeli government.

Ever since it found and paid for the lawyer who secured a life sentence for Pollard, the government of Israel never again gave even a minimal sum towards Pollard’s legal bills or personal expenses.

For more than a decade, Israel even denied that he was a bona-fide agent, claiming that his actions were the result of an “unauthorized rogue operation.”

Only under pressure of lawsuits in the Israeli High Court did Israel finally grant him citizenship in 1995, and in May of 1998 — more than 12 years after he was first arrested — the Israeli government finally acknowledged that Jonathan Pollard was in fact an Israeli agent. While, on paper, they took responsibility for him, in reality, successive Israeli governments failed miserably in their obligation to bring him home.

Again and again, Pollard has been used as a pawn in the “peace process.” Former President Clinton actually promised to release Pollard (at the suggestion of the Palestinians) as a way to get the Israeli government to free hundreds of terrorists. After the deal was struck, America once again broke its promise. The terrorists were released; Pollard remained in prison.

In November of 2015, after serving 30 years in prison, Pollard was released on parole and permitted to join his wife, Mrs. Esther Pollard, who has dedicated her life with enormous mesirus nefesh on his behalf. But he is still far from free, as he languishes under illogical, oppressive parole restrictions. While the very concept that after 33 years Pollard still has any secret information in his head is in itself absurd, the details of the restrictions illustrate that the intent is to harass, rather than to protect any secrets.

At all times he is required to wear a GPS monitoring system which tracks his location. He is permitted to speak with anyone and walk the streets near his Manhattan residence — during the daytime. A trip to nearby Brooklyn — or a different part of Manhattan — is off-limits as, for some unexplainable reason, that would be a national security risk.

As soon as the clock strikes 7:00 p.m., he must stay inside his apartment until morning. He is permitted to freely receive guests in his apartment at night. It is only being on the street at night that is considered a threat to America’s security interests…

The restrictions also include the unfettered monitoring and inspection of his computers, as well as those of any employer who chooses to hire him, which has prevented him from being able to gain employment.

Some advocates on his behalf have been brushed off with the assertion that by November 2020 — five years after his release from prison— the restrictions will be lifted.

It is true that, as the government stated in a footnote to one of their legal briefs in this case, “There is a statutory presumption that five years after a parolee’s release, the Commission shall terminate supervision over such parolee unless the Parole Commission makes a showing that there is a likelihood that the parolee will engage in conduct violating any criminal law.”

However, history has shown that when it comes to Jonathan Pollard, presumptions simply don’t apply. The “visceral dislike” towards Israel and American Jews that caused him to receive a life sentence in the first place has not disappeared. The same government officials who have insisted on these irrational, oppressive restrictions will be the ones making the decision whether or not to lift them in 2020, and they have the legal (though not the moral) ability to keep them in place until 2030.

In the meantime, Pollard sits and waits for the Israeli government to fulfill its obligations. Last March, Prime Minister Netanyahu reportedly met with President Trump and proposed a bureaucratic solution to the problem via the U.S. Department of Justice, known as “Treaty Transfer,” whereby Pollard would be granted permission to return to Israel, to live there and finish his parole there. The president and virtually all of his cabinet are said to have agreed.

However, the Department of Justice is still populated by Obama holdovers. They dragged out the process for months, and then turned down the application for Treaty Transfer on the basis of spurious and false assertions.

As an essential part of his reelection campaign, Netanyahu is touting his close, personal relationship with President Trump. Massive billboards featuring an image of the two have sprung up on highways in Israel.

Relative to some of his predecessors, who made it clear that they had no interest in Pollard ever obtaining his freedom, Netanyahu has done the bare minimum on Pollard’s behalf. But after so many years of betrayal, the least that Jonathan deserves is a concerted, comprehensive effort by Netanyahu and all members of his government to bring Pollard back to Israel.

President Trump has proven to be a devoted friend of Israel and an individual who is prepared to make courageous decisions. All it should take is a message from Israel that this is of the highest priority, and the facts of the case will already speak for themselves.

It is perhaps unrealistic to ask a politician to act on moral grounds, especially in the heat of an election campaign. However, the fact that there is broad public support for the Pollard cause among the Israeli public should suffice to convince Mr. Netanyahu that Jonathan Pollard deserves more than lip service and empty promises. It is time for concrete actions and real-time hishtadlus.