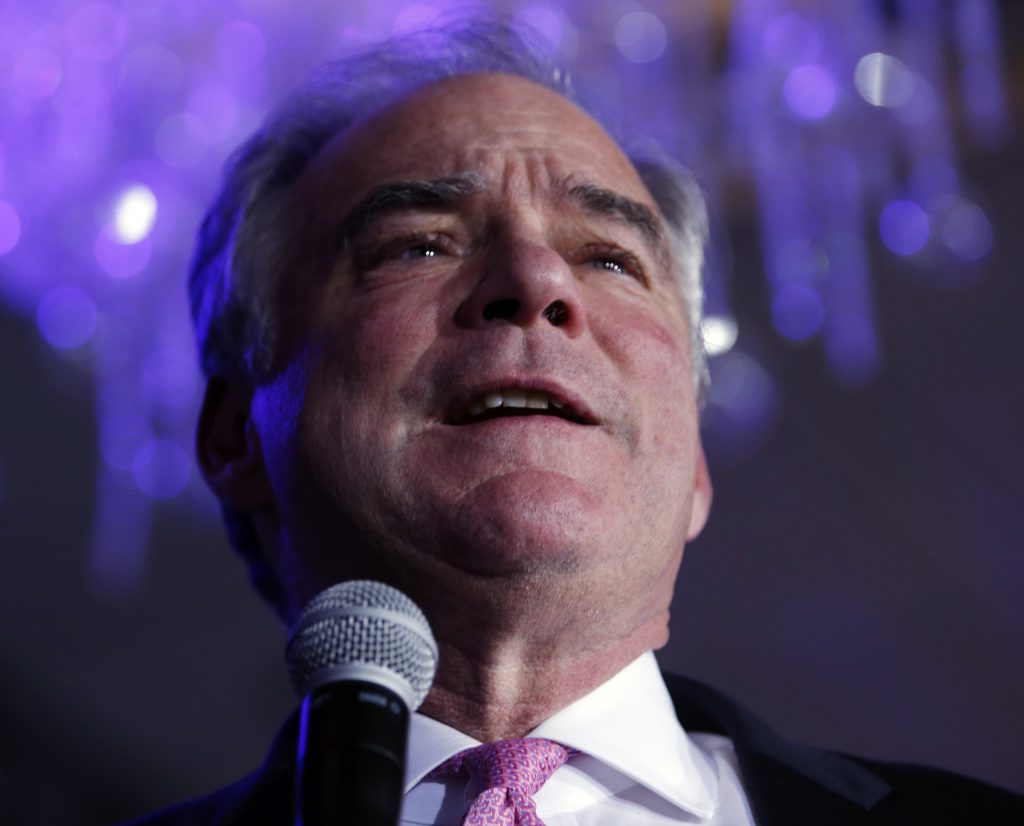 Virginia’s congressional Democratic delegation has hinted at a possible pathway for easing a week-old political crisis that has embroiled Governor Ralph Northam and two fellow Democrats at the top of the state’s executive branch.

A statement issued on Thursday by U.S. Senators Tim Kaine and Mark Warner, and signed by seven other Virginia Democrats from the House of Representatives, still called for Northam to resign over racist imagery on his 1984 medical school page ad his admission to having performed in blackface.

But the statement suggested a readiness to forgive the embattled state attorney general, Mark Herring, who also admitted to a blackface episode in 1980 while in college. Blackface traces its history to 19th century “minstrel” shows that mocked African-Americans and is seen as offensive by many Americans.

The scandals have rattled the Democratic Party in a state where it has been gaining ground in recent years and that will play a key role in picking the winner of the 2020 presidential elections. Northam, 59, and Herring, 57, both white, have apologized in recent days for the blackface incidents.

Northam additionally was revealed to have had a photo featuring a person in blackface and another in the white robes of the white supremacist Ku Klux Klan printed on his medical school yearbook page. Herring said he had donned blackface to imitate a rapper.

Lieutenant Governor Justin Fairfax, a 39-year-old African-American, has meanwhile been accused of misbehaviour.

All three men have come under pressure to resign. If all three were to step down, the Democrats would lose the governorship to the Republican speaker of the House of Delegates, who is next in the line of succession.

The congressional delegation indicated it was withholding final judgment on Herring, widely seen as showing more sincere contrition, while he continued efforts to mend fences with Virginia’s political establishment.

Herring, who has expressed intentions to run for governor, is seen by some as more sympathetic in part because he went to the Virginia Legislative Black Caucus to confess his blackface experience before it became public, and because the episode occurred when he was just 19.

Northam, by his own admission, was 25 when he donned blackface to masquerade as a pop star. Northam initially said he was one of the two individuals in the yearbook picture, then changed his story to say neither was him.

As for Fairfax, the congressional Democrats said the allegations against the lieutenant governor “need to be taken very seriously” but stopped short of demanding a formal investigation.