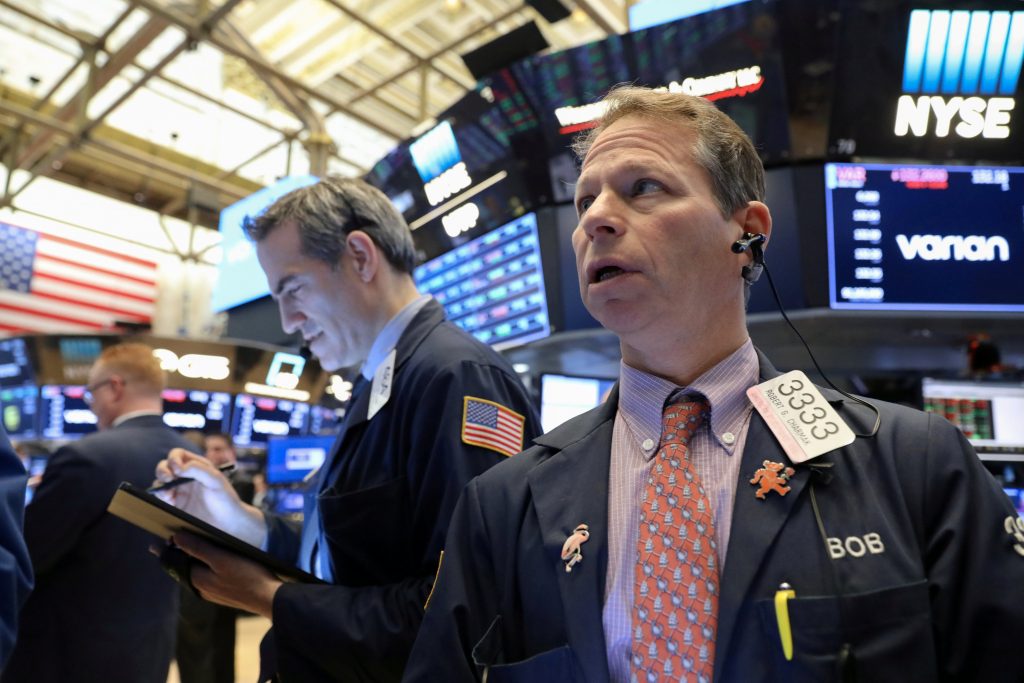 Snap, which operates Snapchat, soared after reporting a giant increase in sales and slashing its quarterly loss in half.

The mixed results continue rolling out, with more than half of the companies in the S&P 500 having already reported earnings. The results are mostly beating forecasts, helping to allay some investors’ fears over a slowdown in growth.

Broader economic concerns continue shadowing the market. Investors are still concerned about tariffs cutting into profits and consumers’ wallets, along with a general slowdown in growth globally.

NOT CONSTRUCTIVE: Homebuilders were broadly lower, adding to the market’s downward shift. LGI Homes led the pack with a 6.5 percent decline.

OH, SNAP: The company behind SnapChat surged 25.4 percent as advertising gains drove revenue growth in the fourth quarter. The revenue increase helped cut the company’s losses. It also maintained its user base.

FIT TO PRINT: The New York Times vaulted 12.6 percent in heavy trading after the newspaper publisher touted a big gain in digital subscribers and digital revenue for the October-December quarter. The Times added 265,000 digital subscriptions in the fourth quarter. Its earnings and revenue topped Wall Street’s forecasts.

OVERSEAS: European markets were mostly lower. An unexpected drop in German factory orders put a damper on investor sentiment. Many Asian markets were closed for the lunar new year.