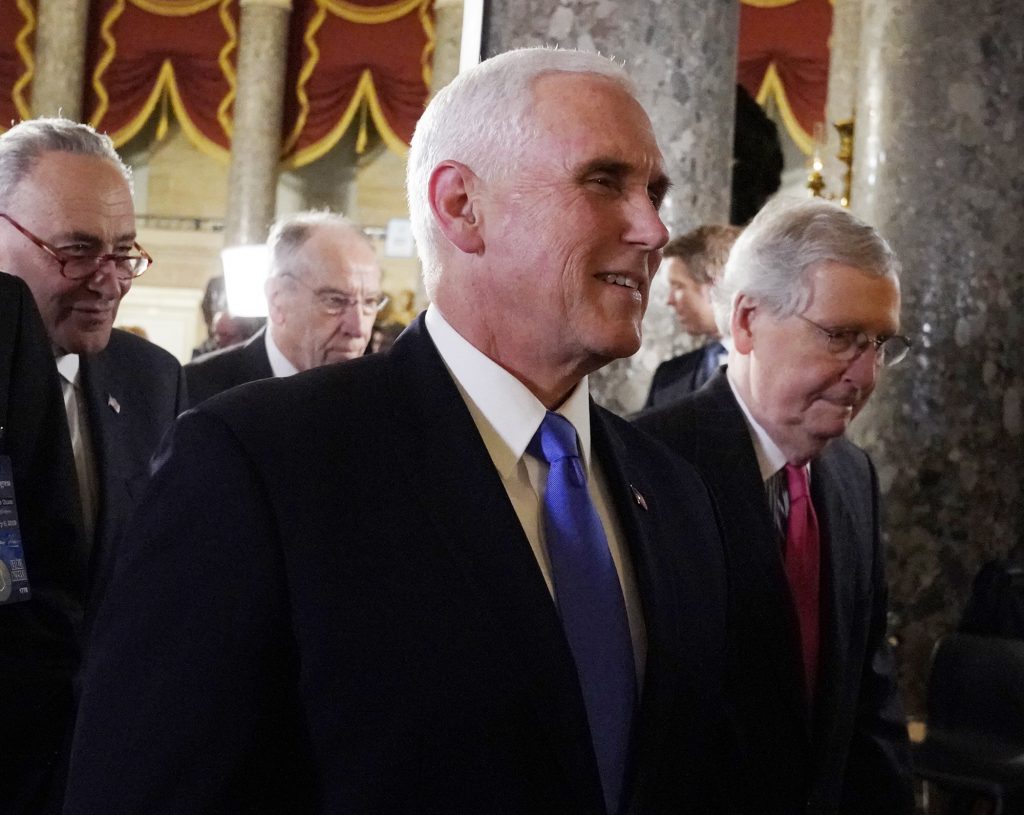 Vice President Mike Pence on Wednesday defended President Donald Trump’s tactic of shutting down the federal government in a bid to gain leverage for border wall funding and said he could not guarantee that another closure will be averted next week.

“I never think it’s a mistake to stand up for what you believe in, and I think what the American people admire most about this president is he says what he means and he means what he says in a very real sense,” Pence said during a television interview. “He said there’s a crisis at our southern border. He said he was determined to get the funding to build a wall and secure our border, and he was willing to take a stand to accomplish that.”

Trump’s demand for $5.7 billion in funding for his long-promised border wall resulted in a 35-day partial government shutdown that ended Jan. 25.

A deal struck between Trump and congressional leaders is keeping the government open until Feb. 15 while House and Senate negotiators try to reach a compromise on border-security funding that Trump will sign.

Pence, who appeared on CBS following Trump’s State of the Union address Tuesday night, said the White House agreed to reopen government for three weeks after talking to “rank-and-file” members of the House and Senate.

“We were told they were willing to work with us, they were willing to fund a barrier at our southern border and address the other priorities that the president laid out in that common-sense approach,” Pence said. “We’ve taken them at their word. The American people saw that this president is absolutely determined to keep his word to secure our border and end the crisis of illegal immigration.”

Trump has called the ongoing congressional negotiations a “waste of time” and repeatedly raised the prospect of declaring a national emergency that could allow him to direct the military to build a border wall without congressional consent.

Such a move would almost certainly prompt a court challenge and several leading Republicans have cautioned against it.

Asked if he could guarantee that there won’t be another shutdown after Feb. 15, Pence said he could not.

“Well, I think our hope is that there’s not, but I can’t make that guarantee,” Pence said. “The simple truth is that Congress needs to do their job. The president laid out last night a common-sense approach to deal with what is a very real crisis on our southern border.”

In a broadcast appearance on Wednesday, Senate Minority Leader Chuck Schumer, D-N.Y., said a deal could be struck among congressional negotiators if Trump stays out of the process.