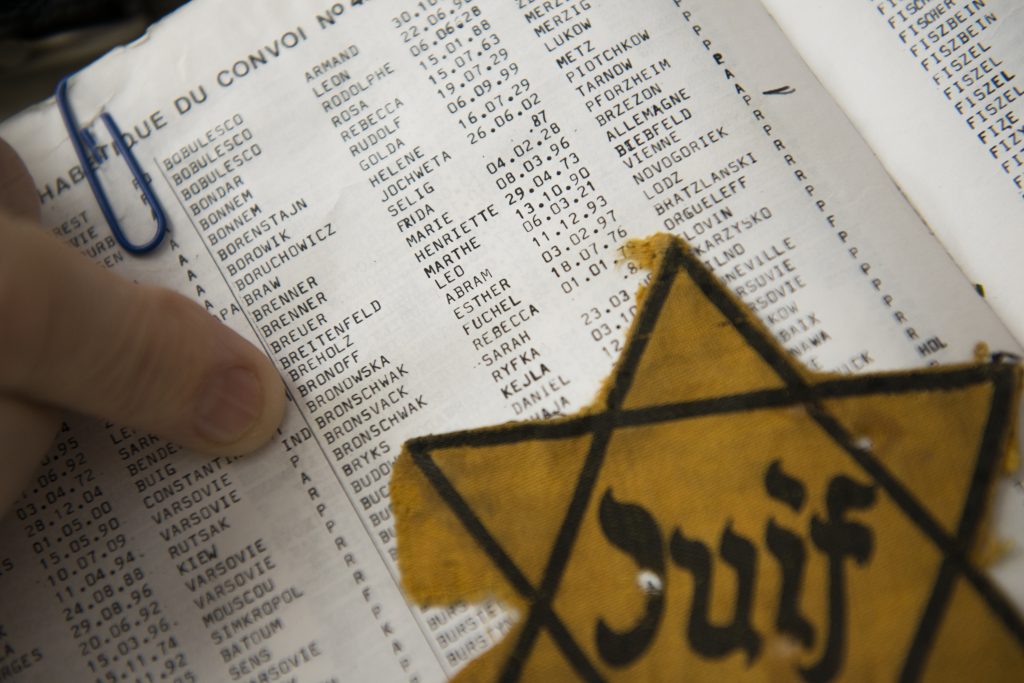 More than seven decades after World War II ended, 49 Holocaust survivors are receiving $402,000 each from the French government in reparations for the French trains that deported them to Nazi concentration camps, the State Department said Wednesday.

Thirty-two surviving spouses of deportees who died following the war will receive up to $100,500 each, officials said.

The agreement came after U.S. Holocaust survivors who had been transported to Nazi camps on French trains — usually with no food and a bucket for a toilet — objected when a company affiliated with the French railway began bidding on lucrative U.S. rail contracts. The State Department decided which claims merited payment under the agreement.

“This is a really important moment, a very satisfying moment and the end of a painstaking process to help those who were long denied justice,” said former ambassador Stuart Eizenstat, the State Department’s expert adviser on Holocaust-era issues.

Greg Schneider, executive vice president of the Conference on Jewish Material Claims Against Germany, said reparations are “important for the historical record” and to hold governments and companies accountable for their roles in the Holocaust.

“Holocaust compensation is never about the money,” said Schneider, whose nonprofit group negotiates for reparations. “It’s about acknowledgment. It’s about recognition. It’s about justice. … Is there any amount of money that could compensate you for even one day in Auschwitz, a factory of death and murder?”

The French Holocaust reparations agreement was unique, Eizenstat said, because it included compensation for the heirs, including children and grandchildren, of both deportees and their spouses. The heirs were viewed as “standing in the shoes” of those who had died before the agreement was signed, he said. The heirs will receive a portion of a deportee’s and spouse’s payments, depending on when they died.

The State Department approved 386 of the 867 claims filed, officials said. The agreement covered U.S. citizens, as well as deportees who settled in other countries after the war. It did not cover citizens of France, the United Kingdom, Belgium, Poland and the former Czechoslovakia because those countries have their own reparations programs, Eizenstat said.

Most who are receiving payments are Americans or Israelis, officials said, but they include survivors, spouses and heirs from Canada, Mexico, Peru and other countries. They also include eight to 10 U.S. and Canadian airmen who were deported after being shot down over France, officials said.

The total payments will end up being almost double what many recipients initially received during the first round in the summer of 2016, when about $30 million was paid out.

State Department officials said they had made “conservative” payments as quickly as possible because so many of the survivors and their spouses were elderly. The department is now making a second round of payments to those recipients, as well as to applicants who filed successful claims later.

Letters to the recipients announcing the second round of payments were mailed this week, said Jennifer Newstead, the State Department’s legal adviser.

“While no program can provide complete justice for all those who were impacted by deportation from France,” Newstead said, “we hope those affected by one of history’s darkest eras will receive some additional relief from these further payments.”

The State Department rejected 481 claims because they didn’t fall under the agreement, Eizenstat said. Those included claims filed by French citizens who lived in the United States, Holocaust survivors who had been transported within France but never were deported, and distant relatives who weren’t considered heirs.

Lisa Grosh, assistant legal adviser on the agreement, said few were rejected for a lack of documentation. She said State Department officials worked with survivors and families to dig up decades-old marriage licenses, death certificates and deportation records.

“We worked very creatively with the claimants … to give them ideas about how they could go about giving us the certainty we needed to approve the claim,” Grosh said.